Ugljan is a Croatian island and the first in the Zadar Archipelago. It is located northwest of the island of Pašman and southeast of the islands of Rivanj and Sestrunj. Separated from the mainland by the Zadar Channel, it is connected with the island of Pašman by the Ždrelac Bridge spanning over the Ždrelac Strait. It has an area of 50.21 km2 (19.39 sq mi), population of 6,049 (2011), length of 22 km (14 mi) and width up to 3.8 km (2.4 mi).

The island was first mentioned under its present name in 1325. The continuity of population dates back to the Neolithic. It was densely populated during the Roman period, in particular its north-western parts, where ample ruins of ancient buildings have been found. The present settlements date back to the Middle Ages. It is also home to Califfi Castle.

The limestone part of the island is covered predominantly with macchia, while the dolomite area is occupied by farmland. Larger coves are Muline in the northwest and Lamjana Vela and Lamjana Mala in the southeast. The eastern coast descends mildly to the sea, characterized by many indents.

Ugljan is one of the most densely populated Croatian islands. All settlements (Preko, Ugljan, Lukoran, Sutomišćica, Poljana, Kali, Ošljak and Kukljica) are situated along the coast of the cultivated eastern side of the island. Major crops include olives, figs and vines. Set high above Preko are the ruins of St. Michael Fort. Ugljan has a regional road connected by the bridge with the regional road running along the island of Pašman. Ferry port is in Preko; it has ferry connections with Zadar. 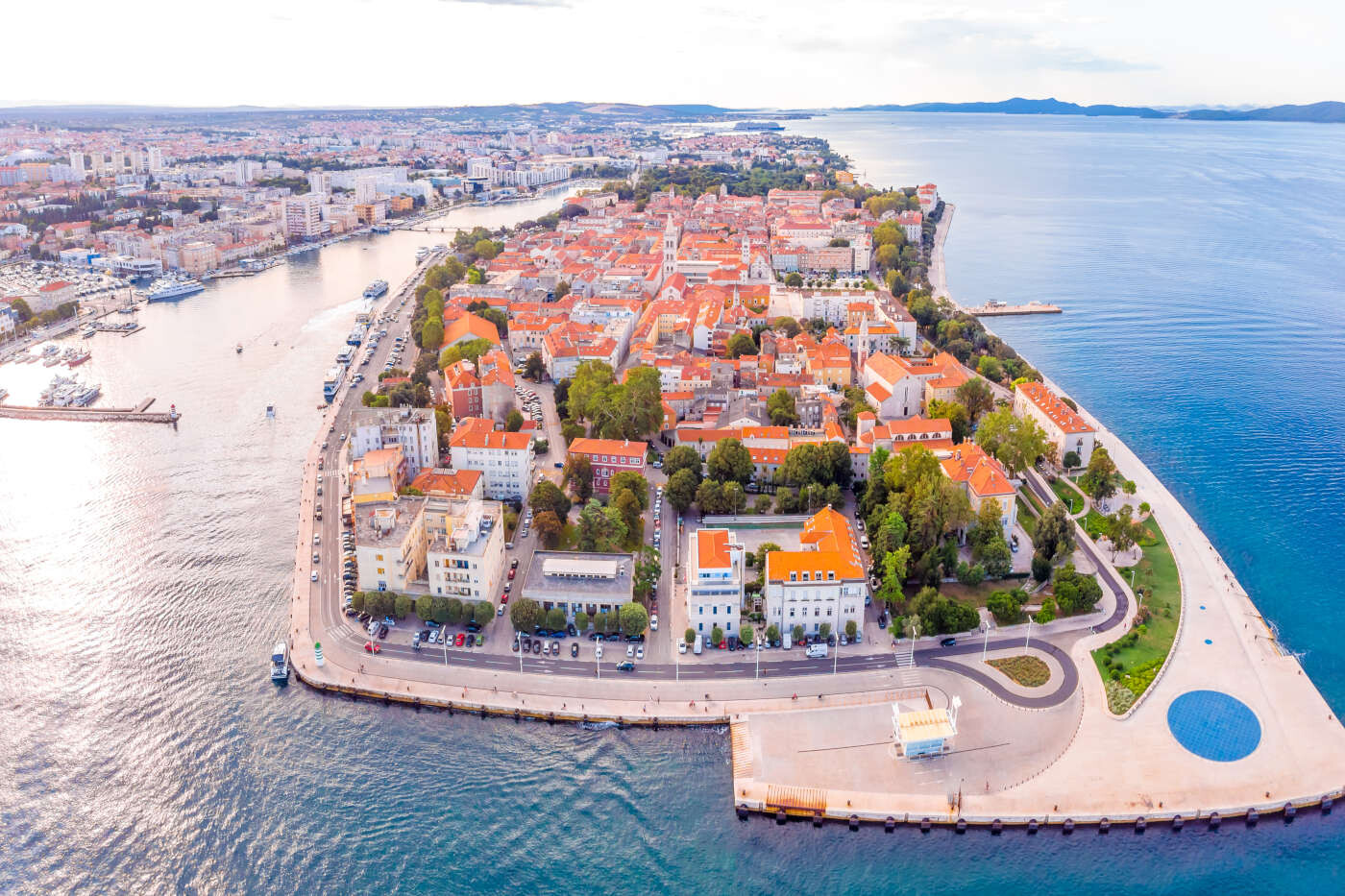 Zadar is the oldest continuously inhabited Croatian city. It is situated on the Adriatic Sea, at the northwestern part of Ravni Kotari region. Zadar serves as the seat of the Zadar County and the wider northern Dalmatian region. The city proper covers 25 km2 (9.7 sq mi) with a population of 75,082 in 2011, making it the fifth-largest city in the nation. 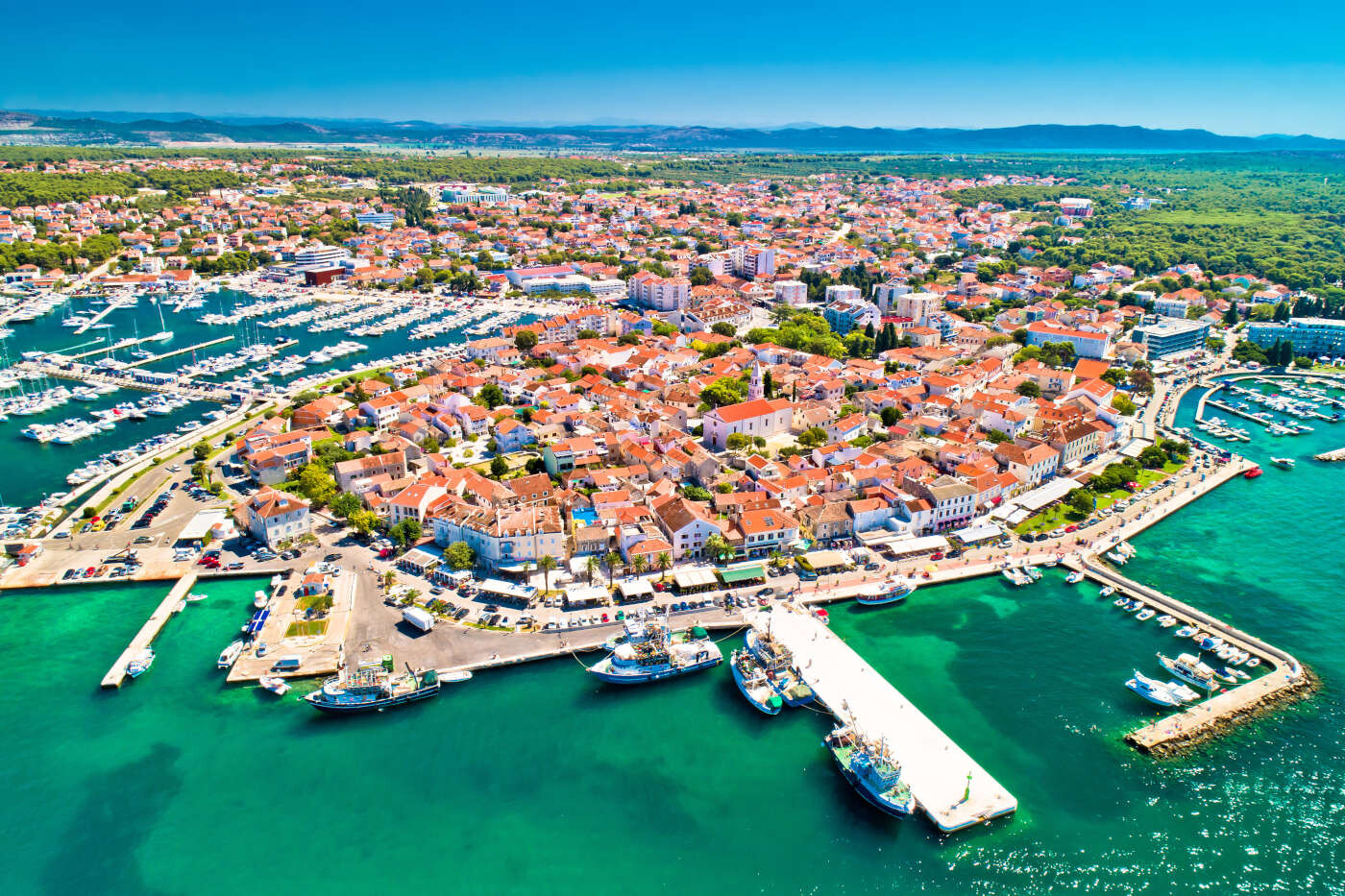 Biograd na Moru is a city and municipality in northern Dalmatia, Croatia and is significant for being the former capital of the medieval Croatian Kingdom. Its population is 5,569 (2011). Biograd is administratively part of the Zadar County. It is located on the Adriatic Sea coast, overlooking the island of Pašman, on the road from Zadar and Sukošan towards Vodice and Šibenik. 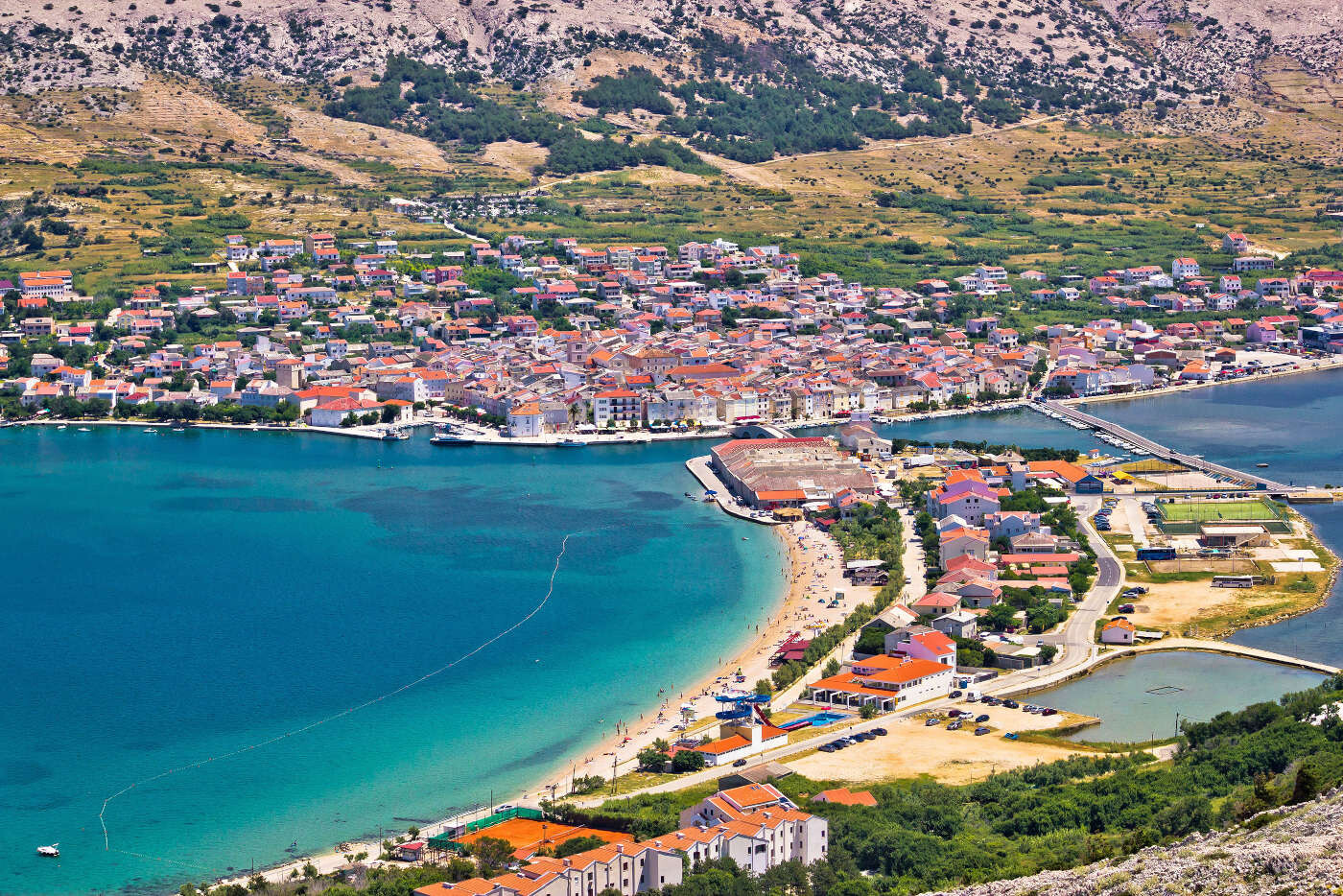 Pag is a Croatian island in the northern Adriatic Sea. It is the fifth-largest island of the Croatian coast and the one with the longest coastline. In the 2011 census, the population of the island was 9,059. There are two towns on the island, Pag and Novalja, as well as many smaller villages and tourist places. 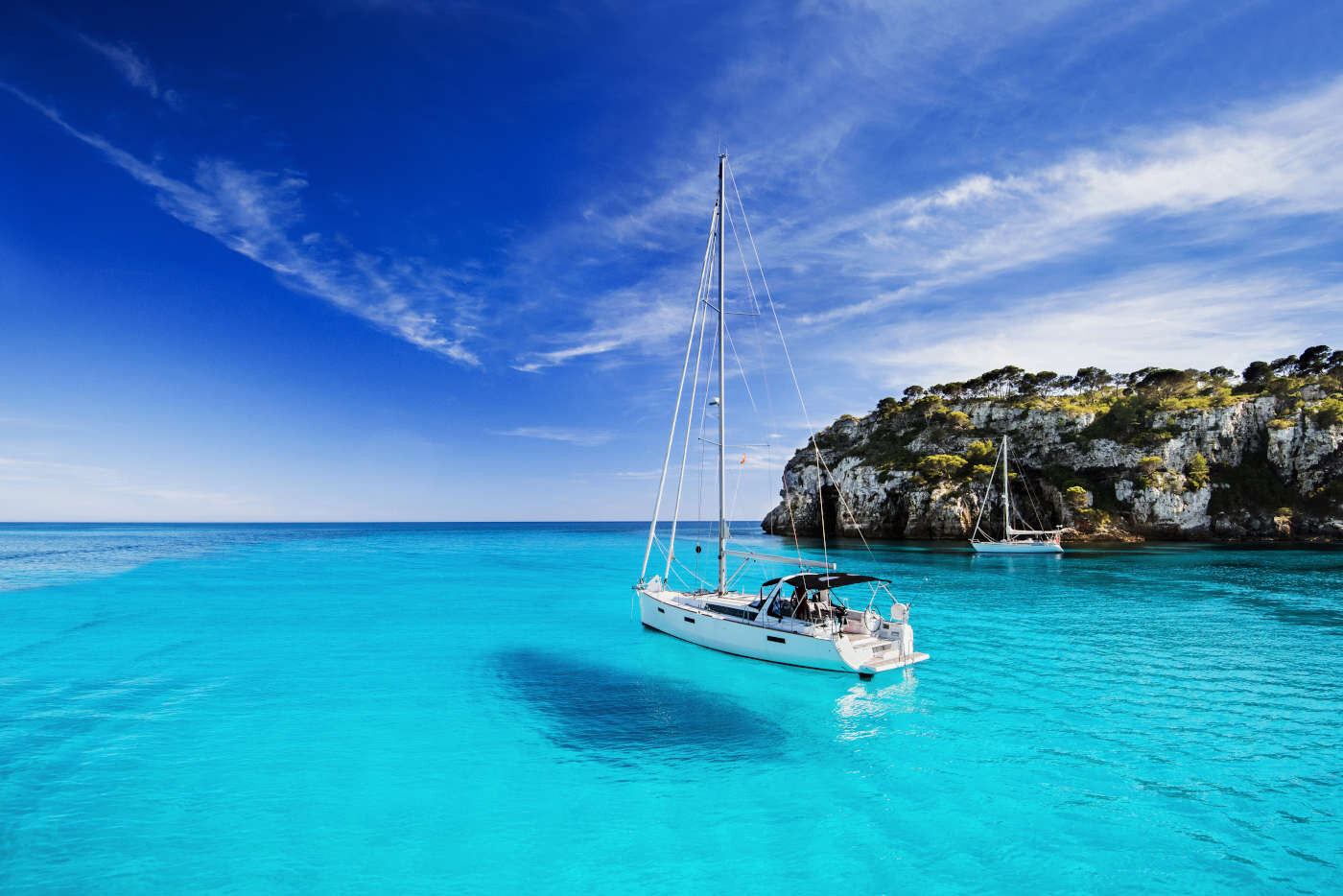 Premuda is a small island in Croatia, off the northern Adriatic coast. It belongs to the north Dalmatian islands, which are situated north-west from the county centre Zadar. Premuda is approximately 10 km (6 mi) long, up to 1 km (0.6 mi) wide and has an area of 9.2 km2 (3.6 sq mi). It is situated southwest of Silba and northwest of Škarda and is the last island before the Italian coastline. 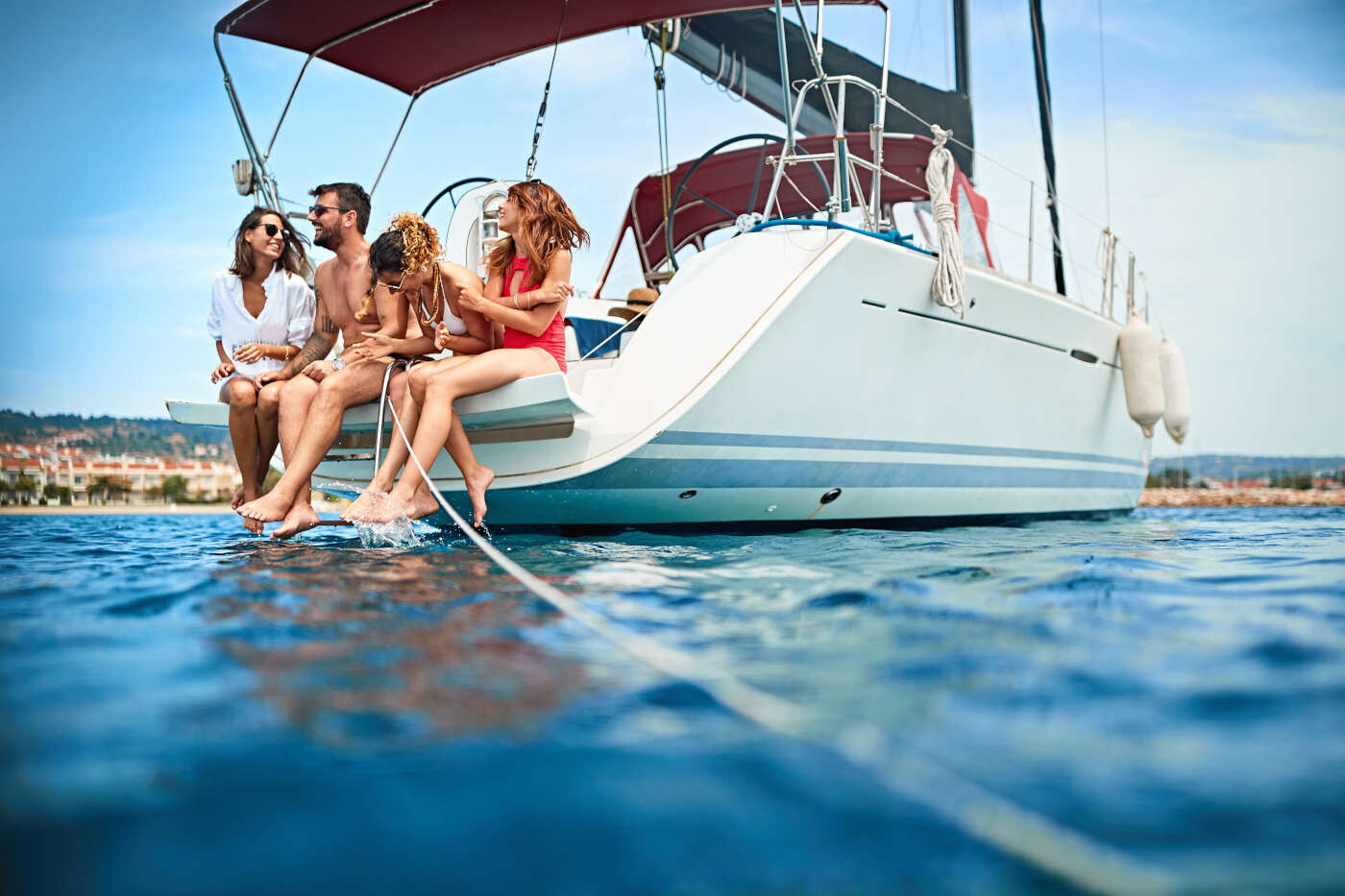 Silba is an island in Croatia with an area of 15 km2, located in northern Dalmatia, south-east of Lošinj, between the islands of Premuda and Olib. It has a Mediterranean climate with 2,570 hours of sunshine per year. Most summer days are hot, bright and clear with light westerly Maestral wind cooling the island in the afternoons. 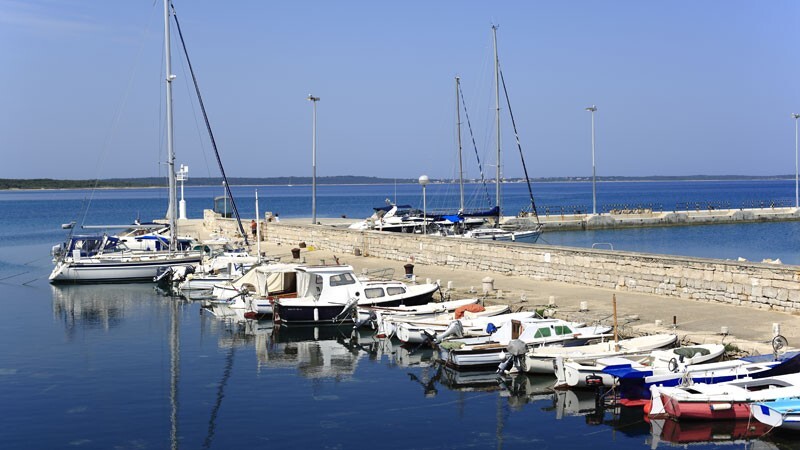 Olib is an island in northern Dalmatia, located northwest of Zadar, southwest of Pag, southeast of Lošinj and just east of Silba with an area of 26.14 km2. The population is 140. 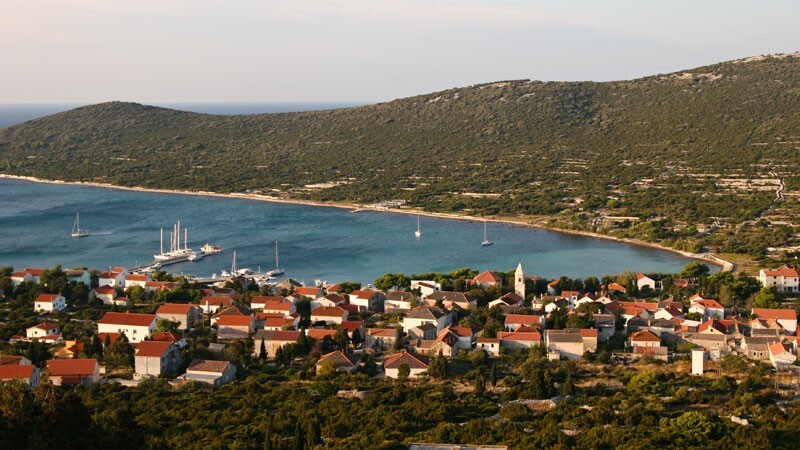 Ist is a small island off the Dalmatian coast of Croatia. The closest city to Ist is Zadar. The island has an area of 9.65 km2. Ist is located between the islands of Škarda and Molat. 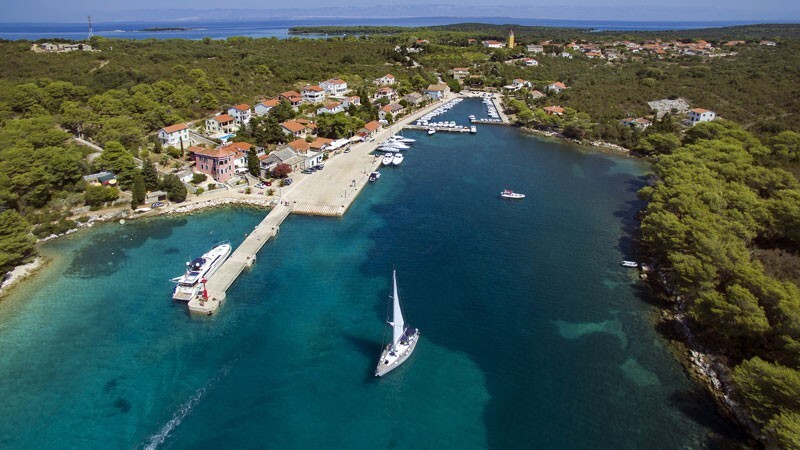 Molat is a Croatian island in the Adriatic Sea. It is situated near Zadar, southeast from Ist, separated by Zapuntel strait. It has an area of 22.82 km2 (8.81 sq mi). 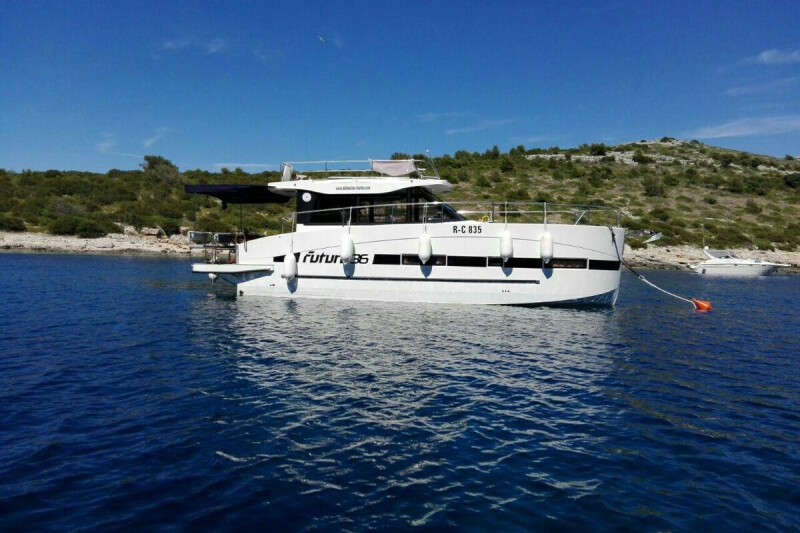 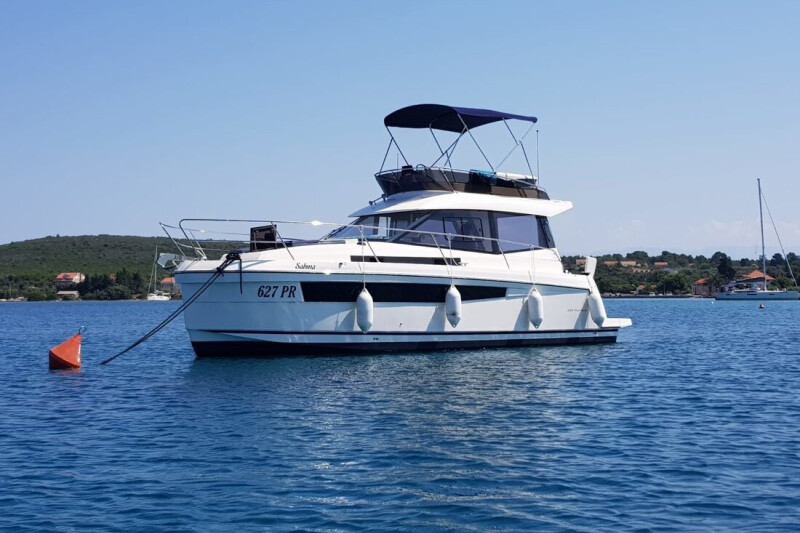 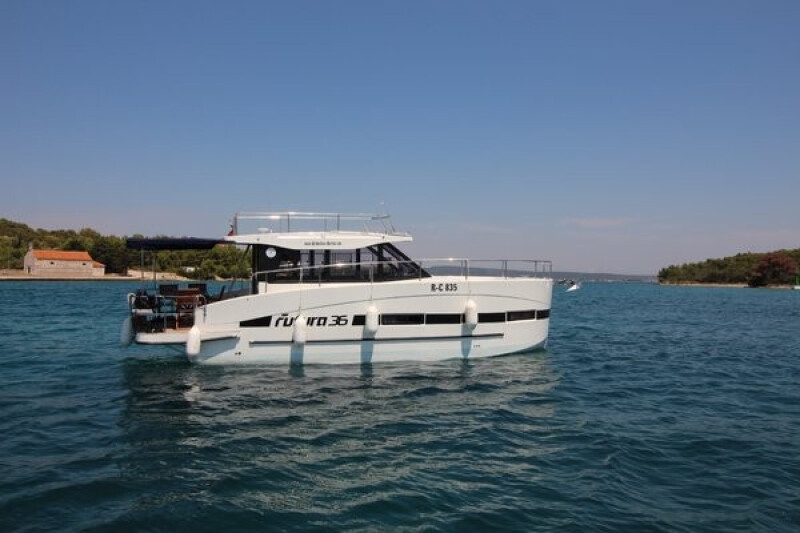 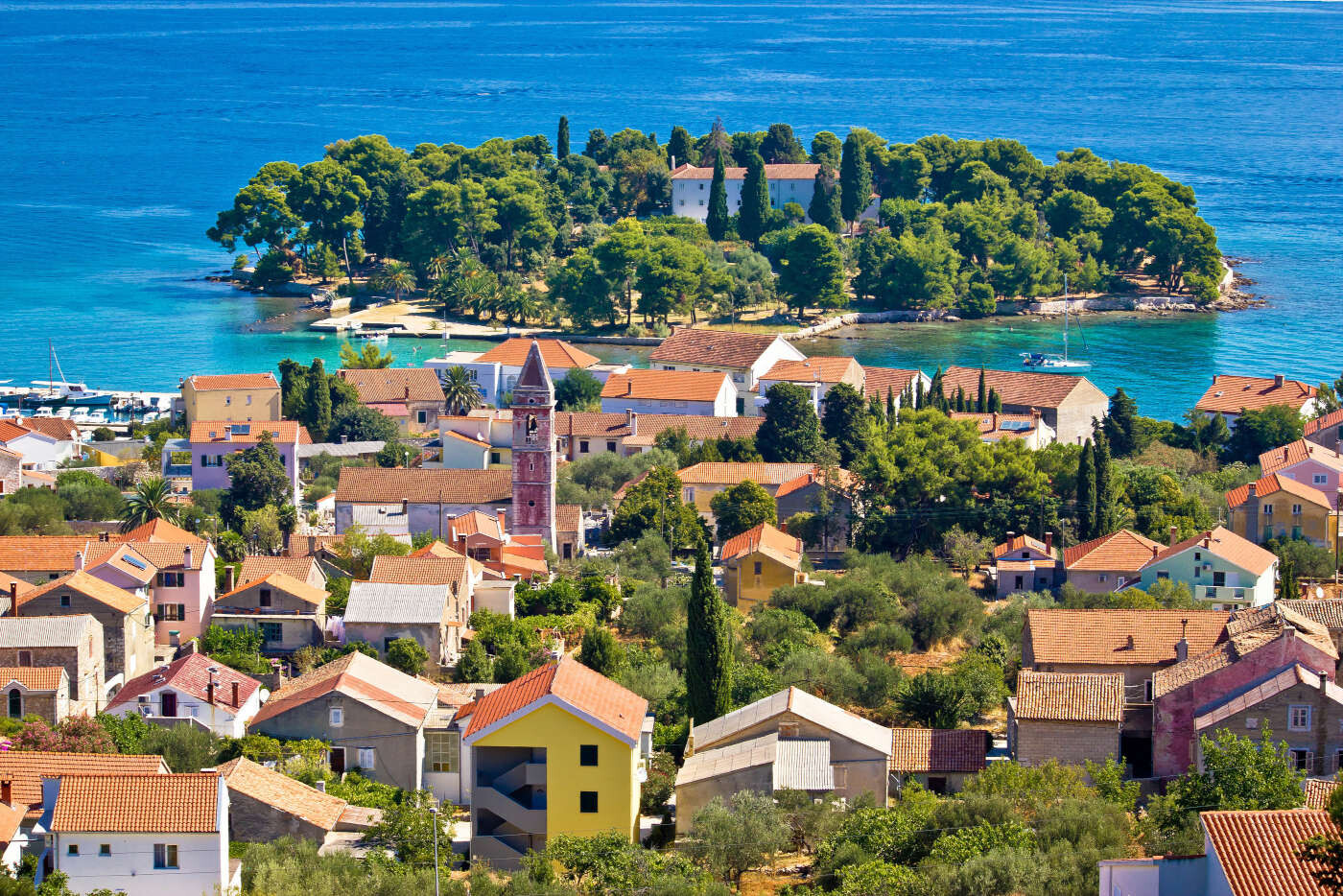 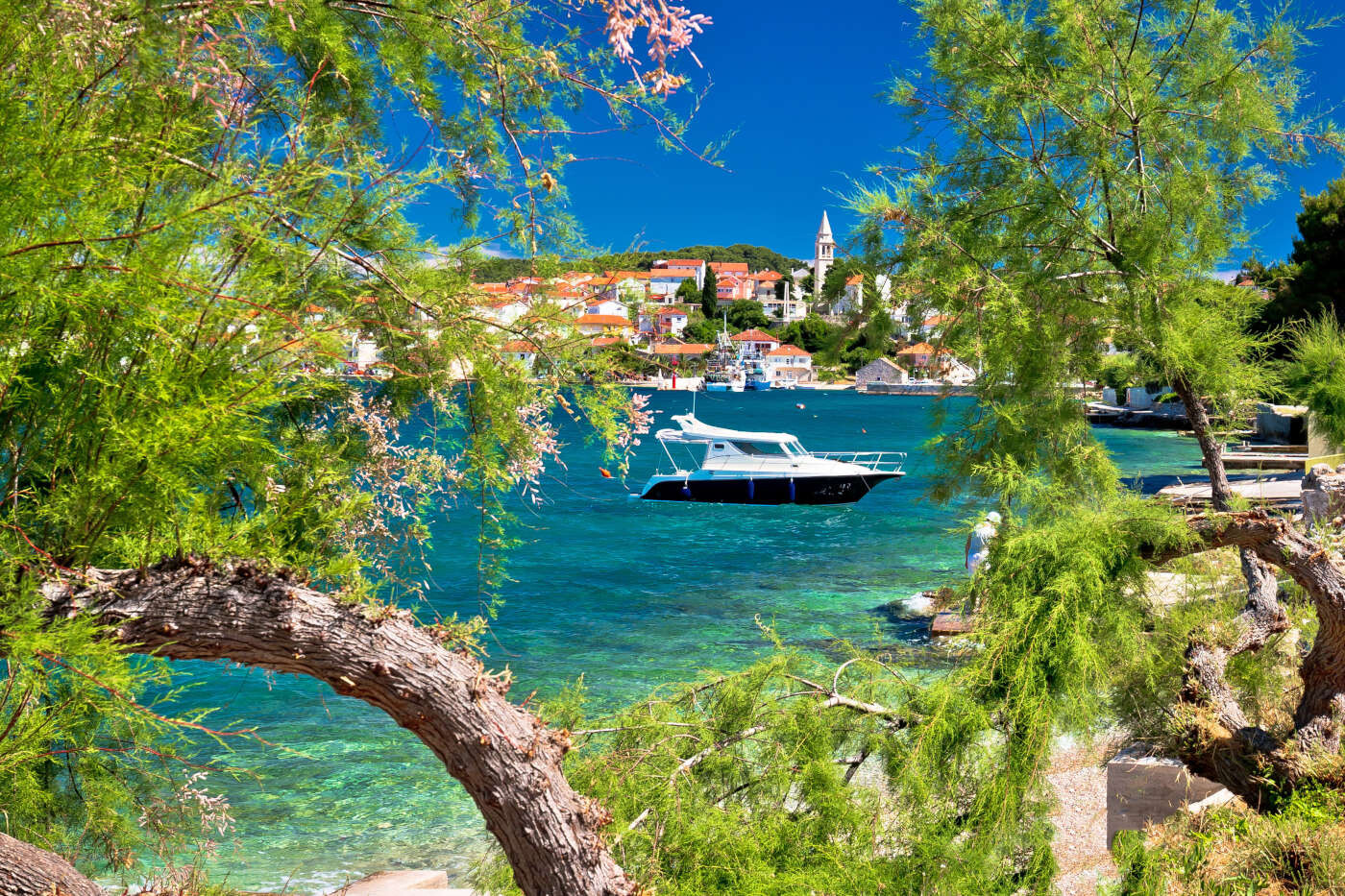 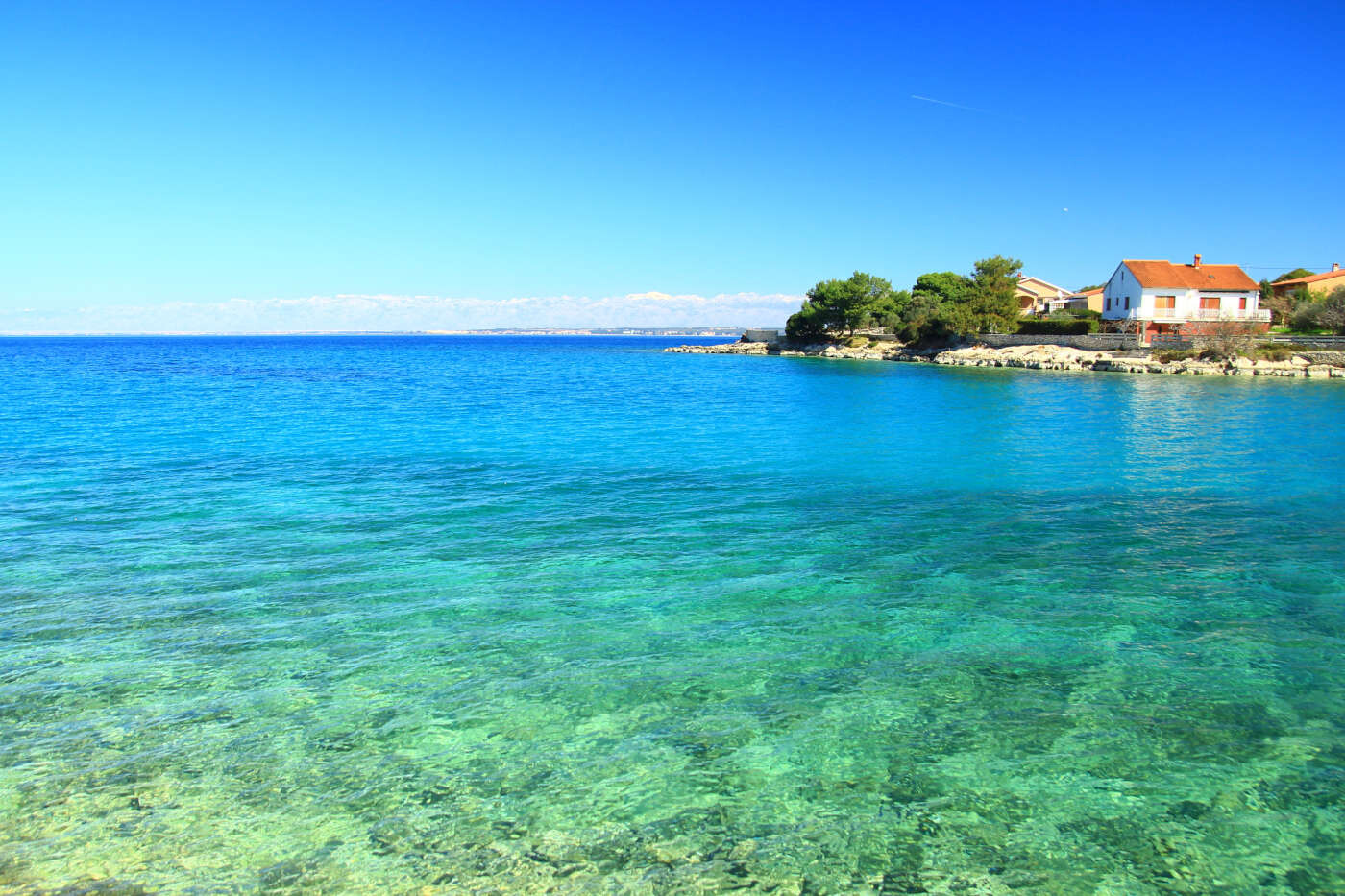 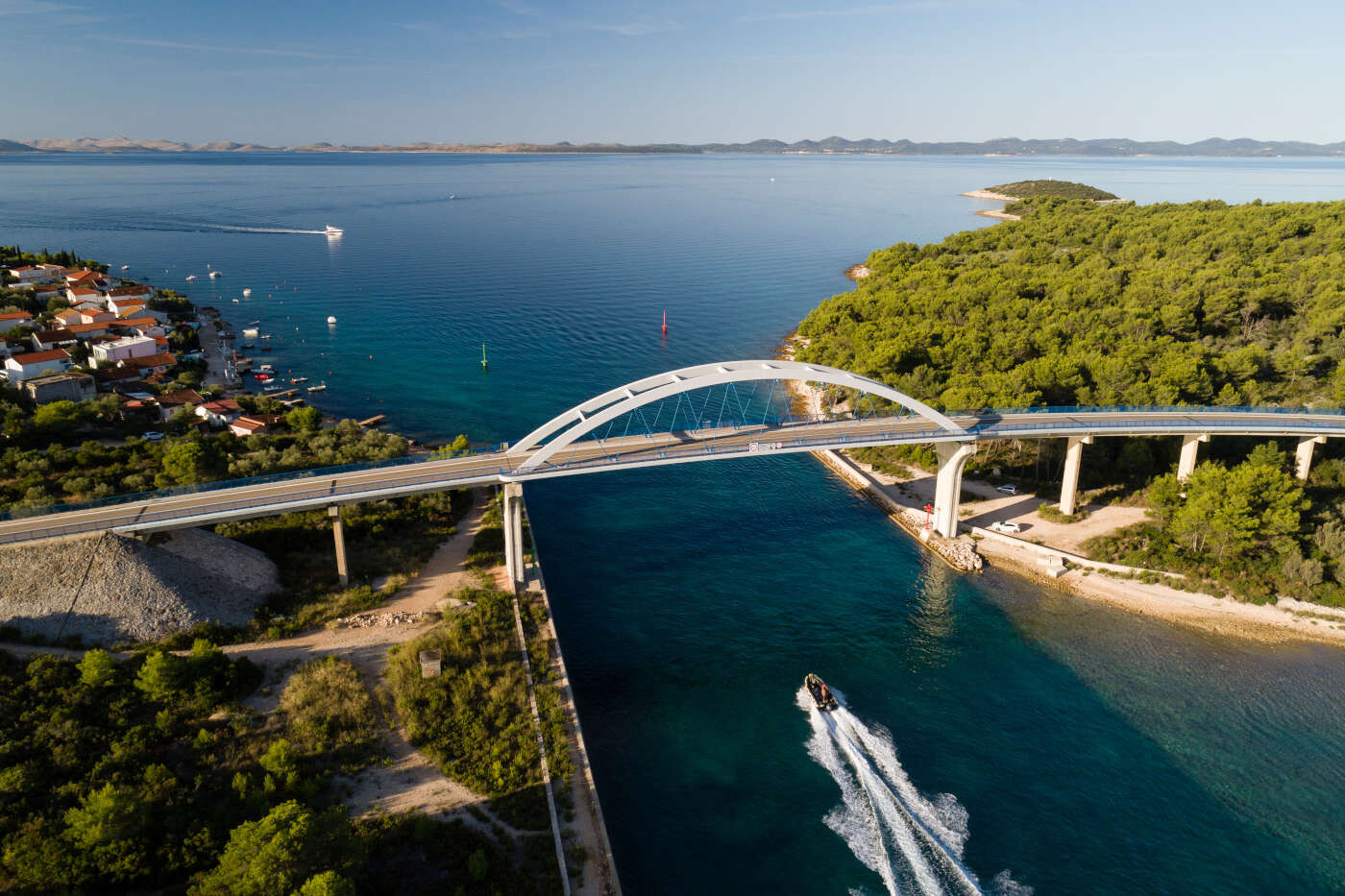 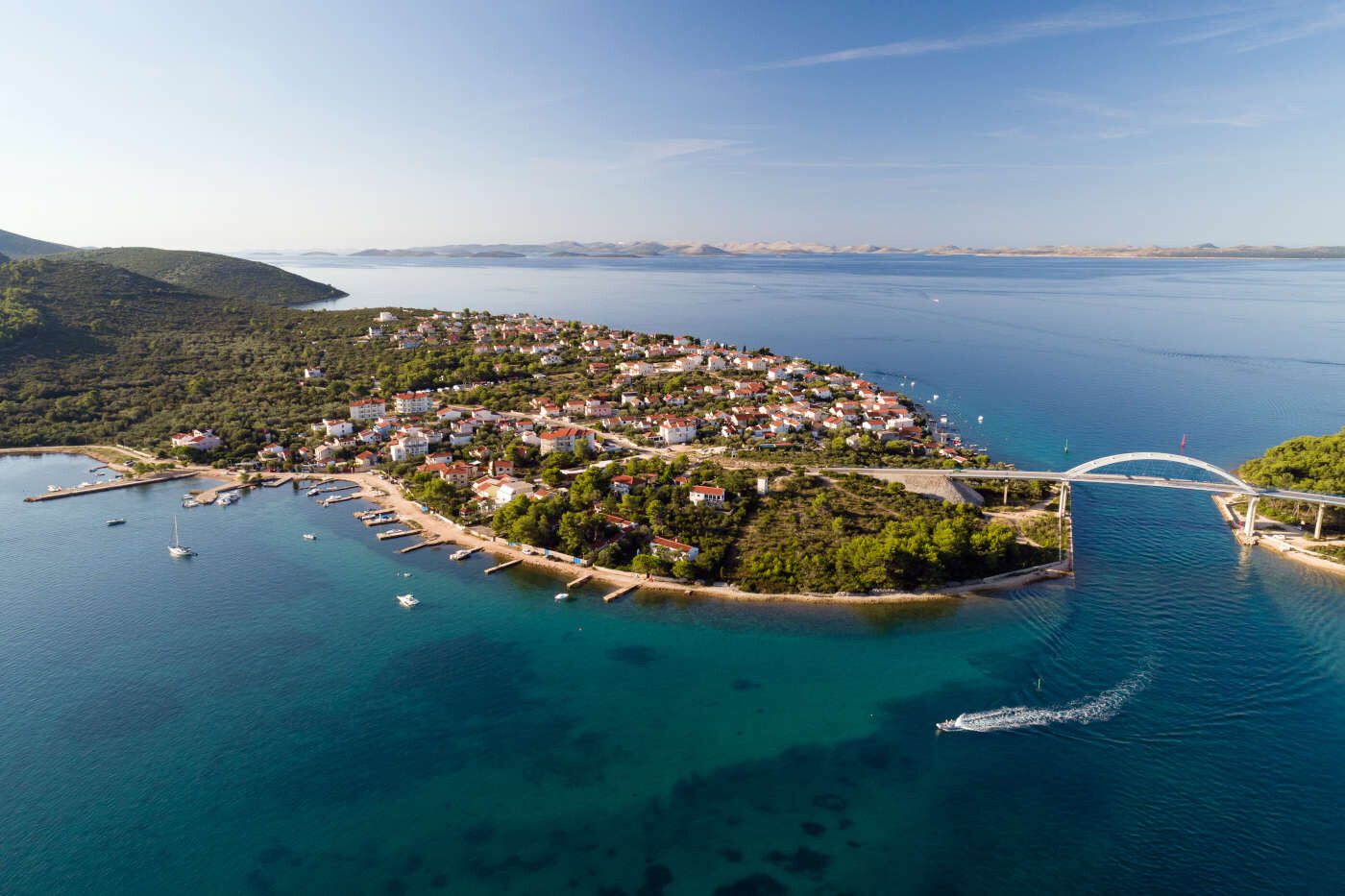 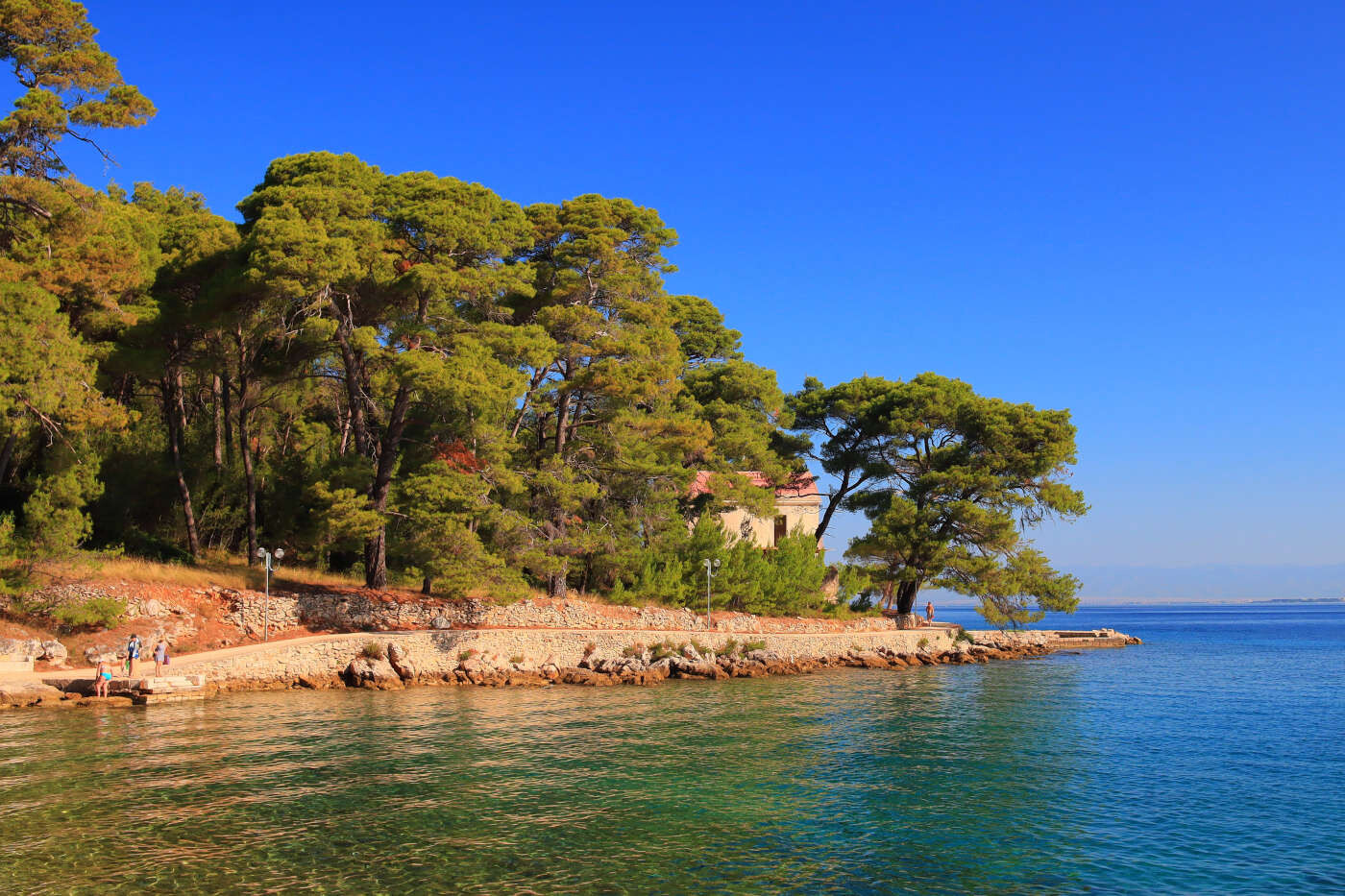