Skradin is a small town in the Šibenik-Knin County of Croatia, with a population about 3,986 (2001 census). It is located near the Krka river and at the entrance to the Krka National Park, 17 km (11 mi) from Šibenik and 100 km (62 mi) from Split. The main attraction of the park, Slapovi Krke, is a series of waterfalls, the biggest of which, Skradinski buk, was named after Skradin.

It was an Illyrian settlement (Scardona) on the boundary between the Delmati and the Liburnian tribes. It was the capital of the Liburnians. It was better known as a Roman town, as the administrative and military centre of the region. It was destroyed during the Migration Period, and had by the 9th century been settled by Slavs.

In the Medieval ages was one of the seats of powerful Bribir Šubić family. Between 1522 and 1684 it was ruled by the Ottoman Empire, then again up to 1794 by the Republic of Venice.

In October 1683, the population of Venetian Dalmatia, principally Uskoks of Ravni kotari, took arms and together with the rayah (lower class) of the Ottoman frontier regions rose up, taking Skradin, Karin, Vrana, Benkovac and Obrovac. Later, it was occupied by Napoleon as part of the French Empire, then Austria-Hungary.

In time it lost its importance as the centre of the region, which shifted to Šibenik, and so it stagnated - the Diocese of Skradin was abandoned in 1828.

The medieval fortress of Turina was constructed during the government of the Croatian governor Pavao Šubić (1273 – 1312) on the site of an ancient city from the Liburnian period. We can recommend you to take a walk to the hill and enjoy the view.

Baroque Catholic Church of the Blessed Virgin Mary was built in the 18th century and it is resting on the base from the old cathedral, which was destroyed by the Turks. The church has a very valuable musical instrument. Pipe organ from the 18th century, which is part of the national cultural heritage.

The most recognizable symbol of Skradin is the tower clock (campanile) from 1872. Because of its weight it was built on the nearest cliff instead of beside the church, which was the usual custom.

Microsoft's founder, Bill Gates has visited Skradin in the summer, according to a contributor to Forbes online. 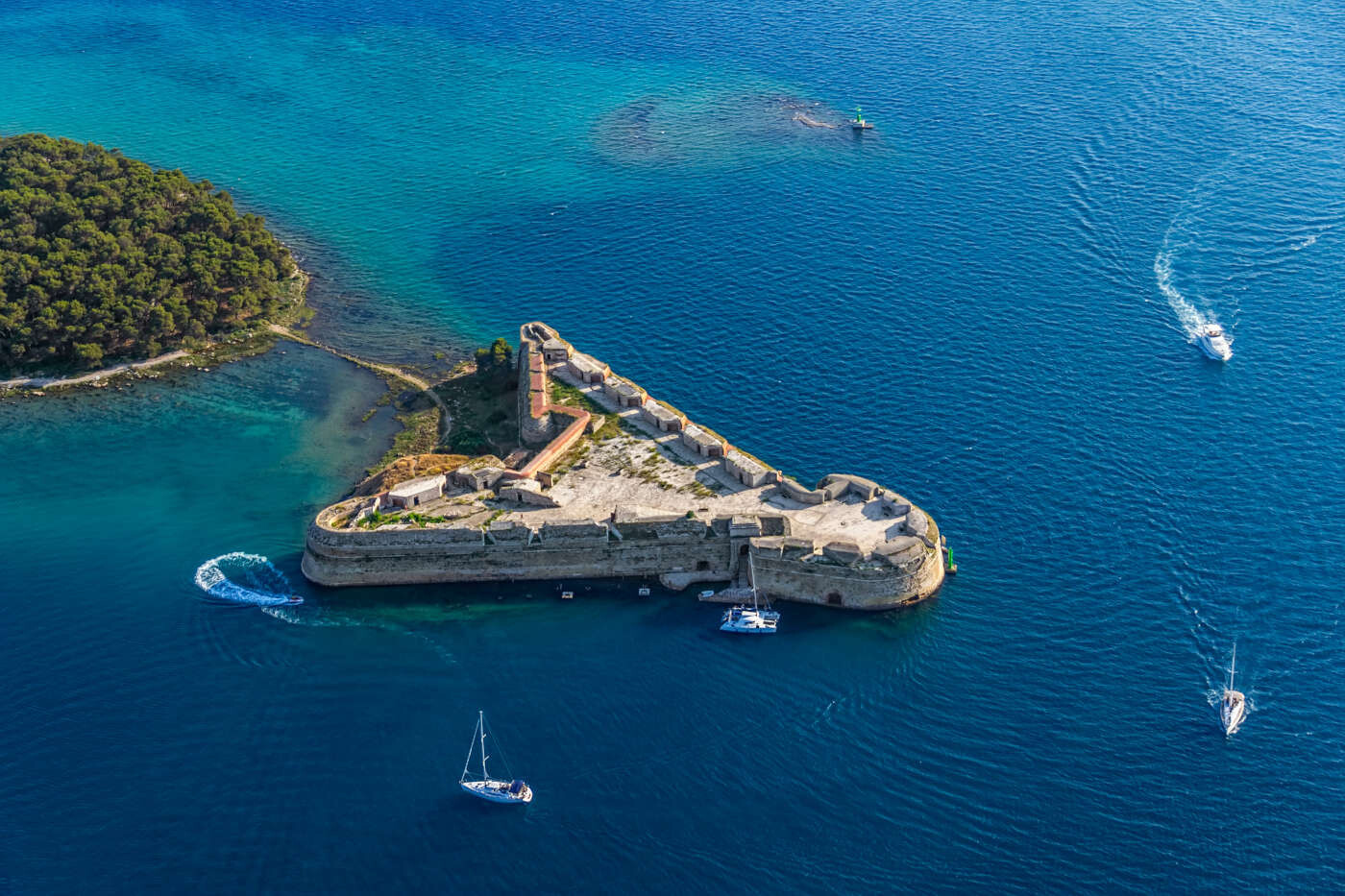 Šibenik is a historic city in Croatia, located in central Dalmatia where the river Krka flows into the Adriatic Sea. Šibenik is a political, educational, transport, industrial and tourist centre of Šibenik–Knin County and also the third-largest city in the historic region of Dalmatia.

Murter is an island in the Croatian part of the Adriatic Sea. The island is in the northwest part of the Šibenik archipelago, separated from the mainland by a 20 m (66 ft) wide sea canal at Tisno, which is spanned by a short drawbridge. 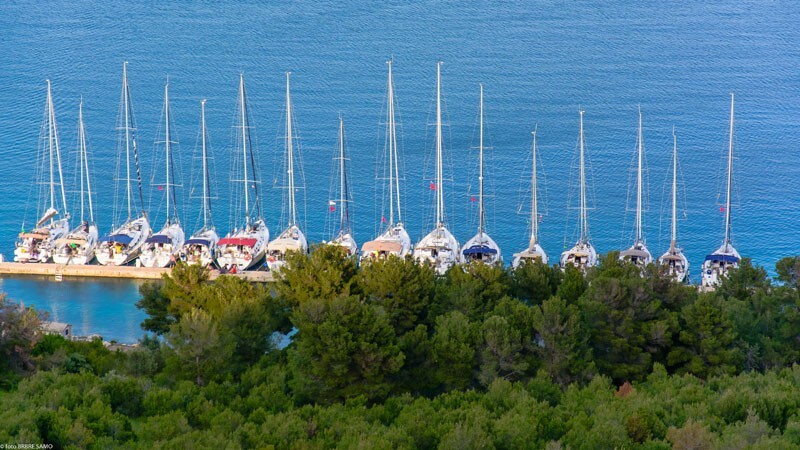 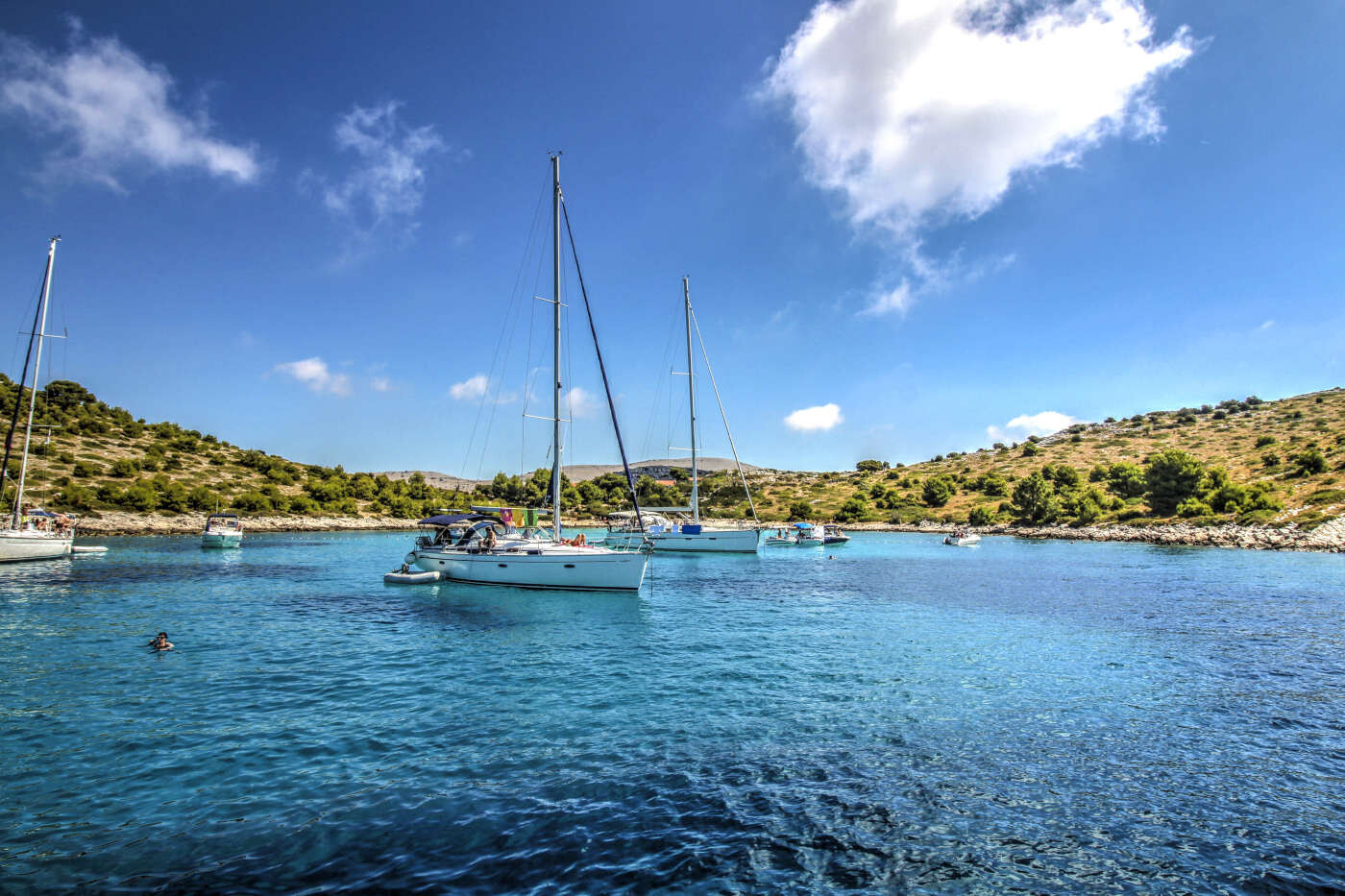 The Kornati archipelago of Croatia, also known as the Stomorski islands, is located in the northern part of Dalmatia, south from Zadar and west from Šibenik, in the Šibenik-Knin county. With 35 kilometres in (22 miles) length and 140 islands, some large, some small, in a sea area of about 320 km2 (124 sq mi), the Kornati are the densest archipelago in the Mediterranean Sea. 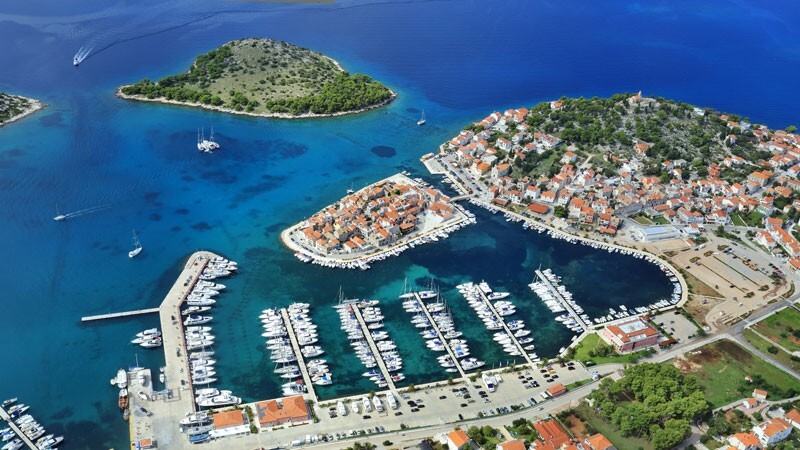 Tribunj is a village and a municipality in Šibenik-Knin County, Croatia. It is located about three km northwest of Vodice and is known for its peaceful waterfront cafes. The Tribunj municipality has 2 towns: Tribunj and Sovje, towards the west, a quiet village known for its quaint beach. 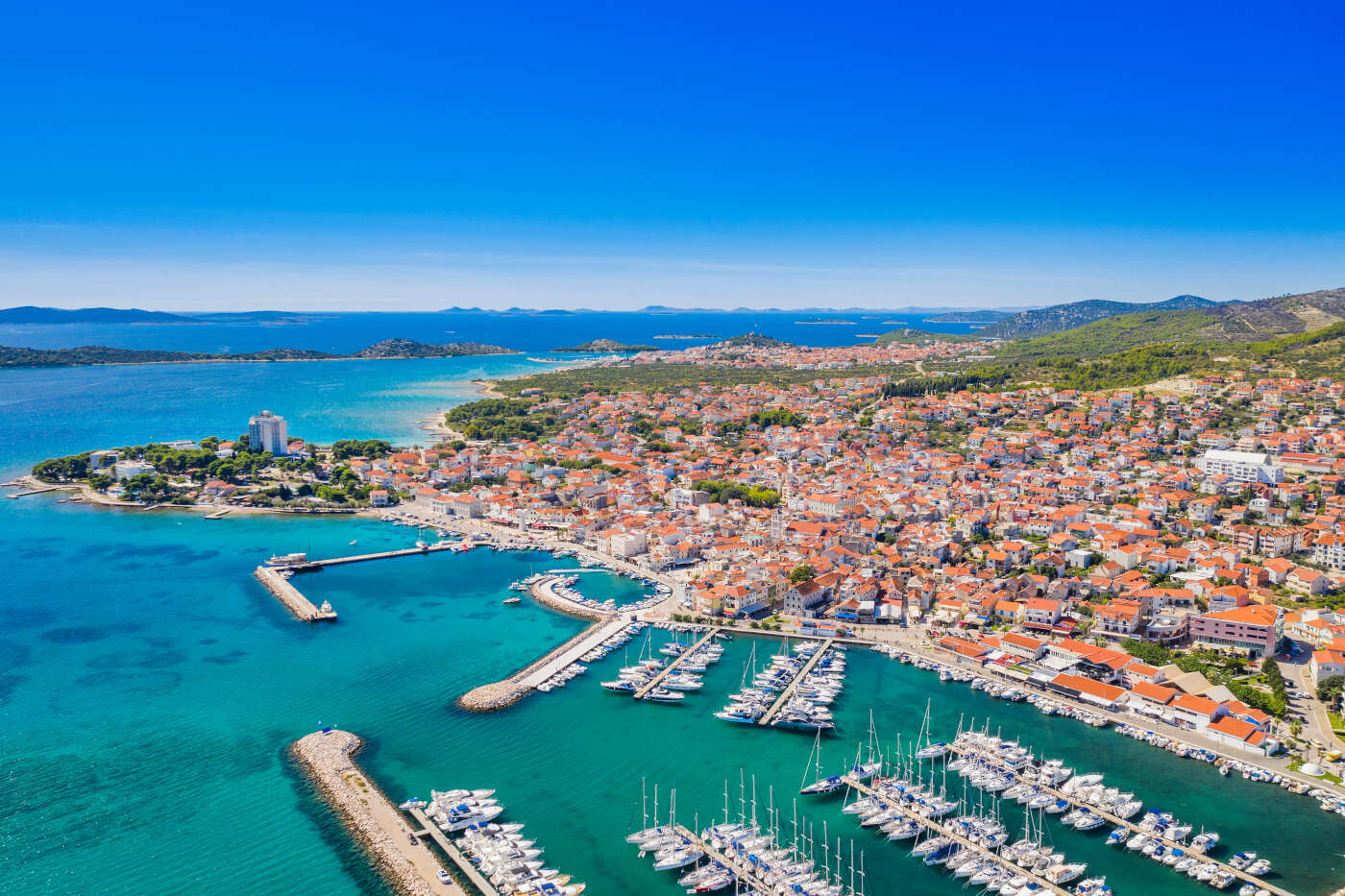 Vodice is a town in the Šibenik-Knin County, Croatia. It borders the Adriatic Sea and has a population of 8,875 (2011 census). Vodice was first mentioned in 1402 although it was founded already in the Roman times as Arausa. Its name derives from the word meaning water sources, which supplied the whole area. 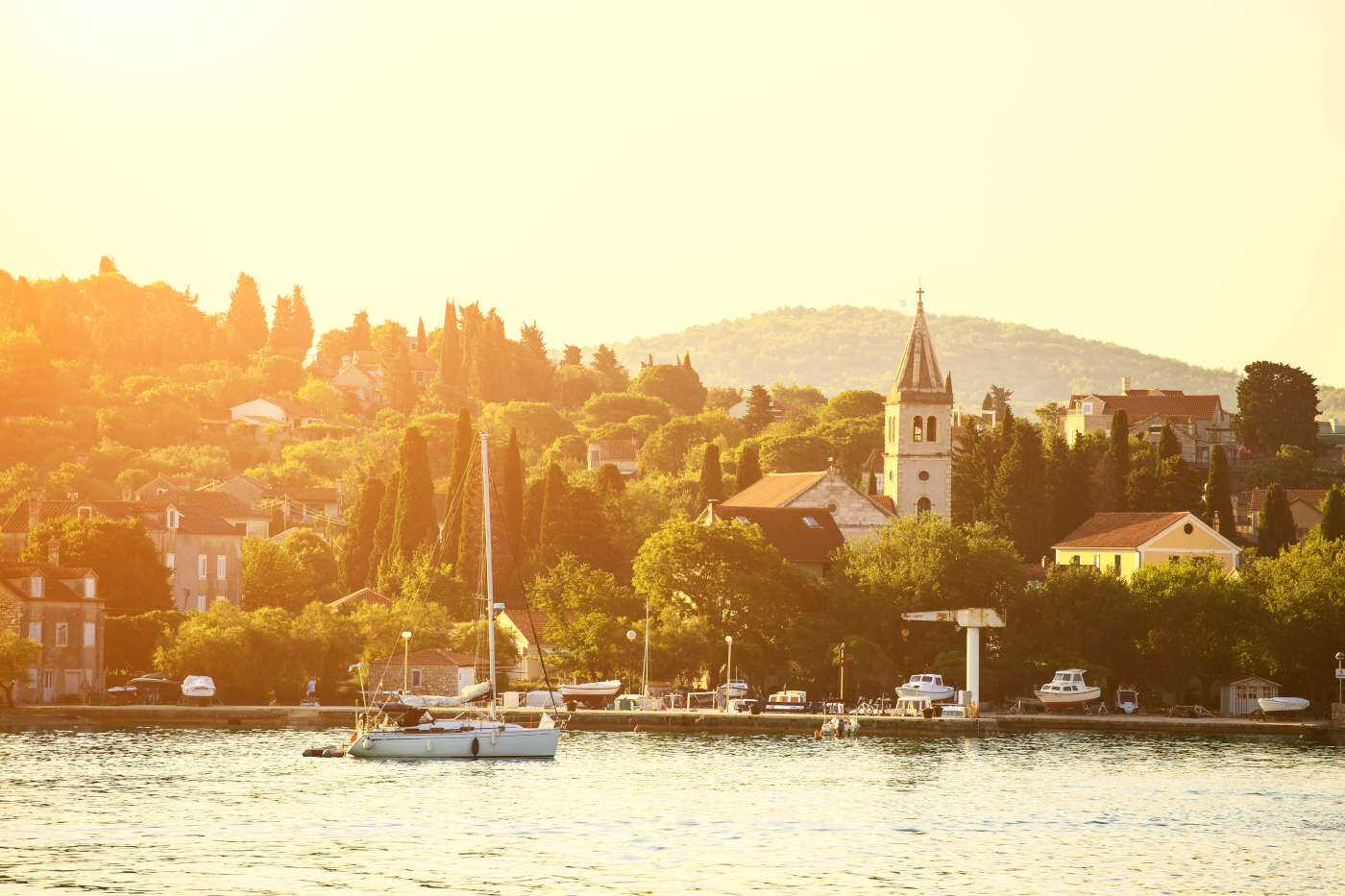 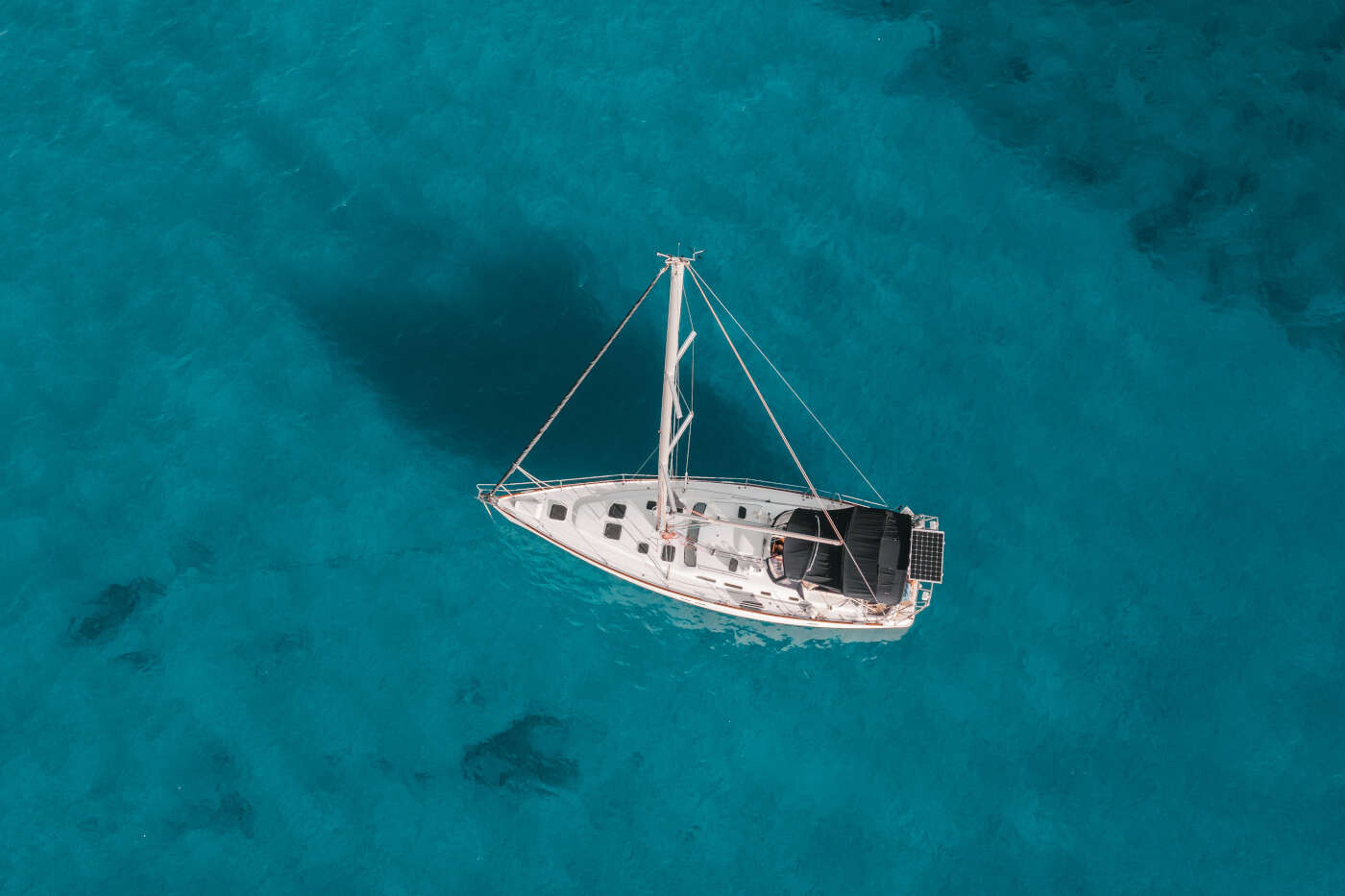 Prvić is a small island in the Croatian part of the Adriatic Sea. It is situated in the Šibenik archipelago, about half a mile from the mainland, in the vicinity of Vodice. The whole island is under protection of the Croatian Ministry of Culture since the island is considered a cultural heritage 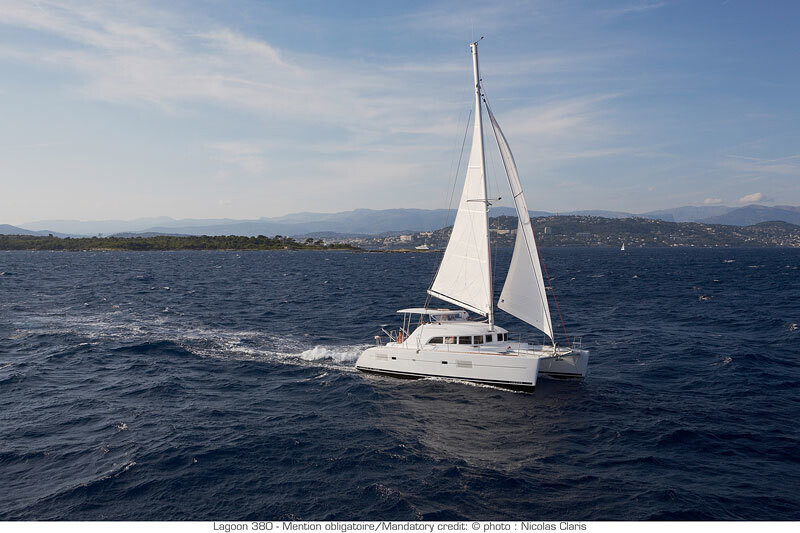 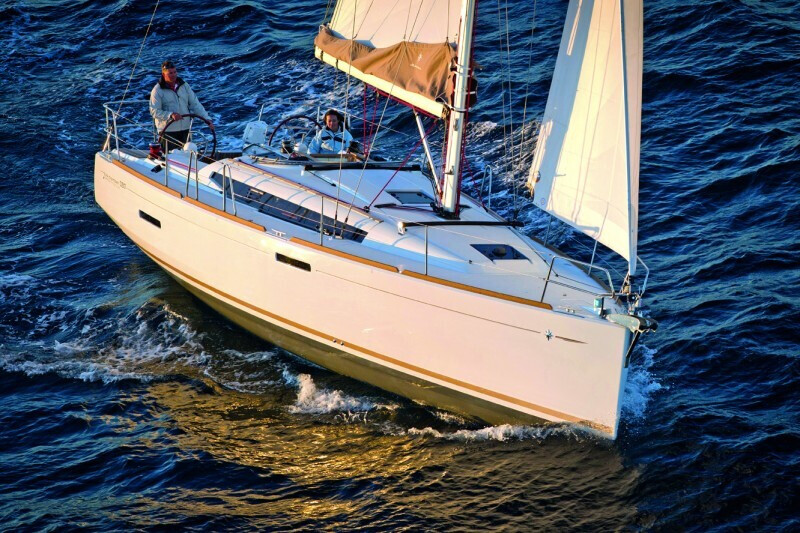 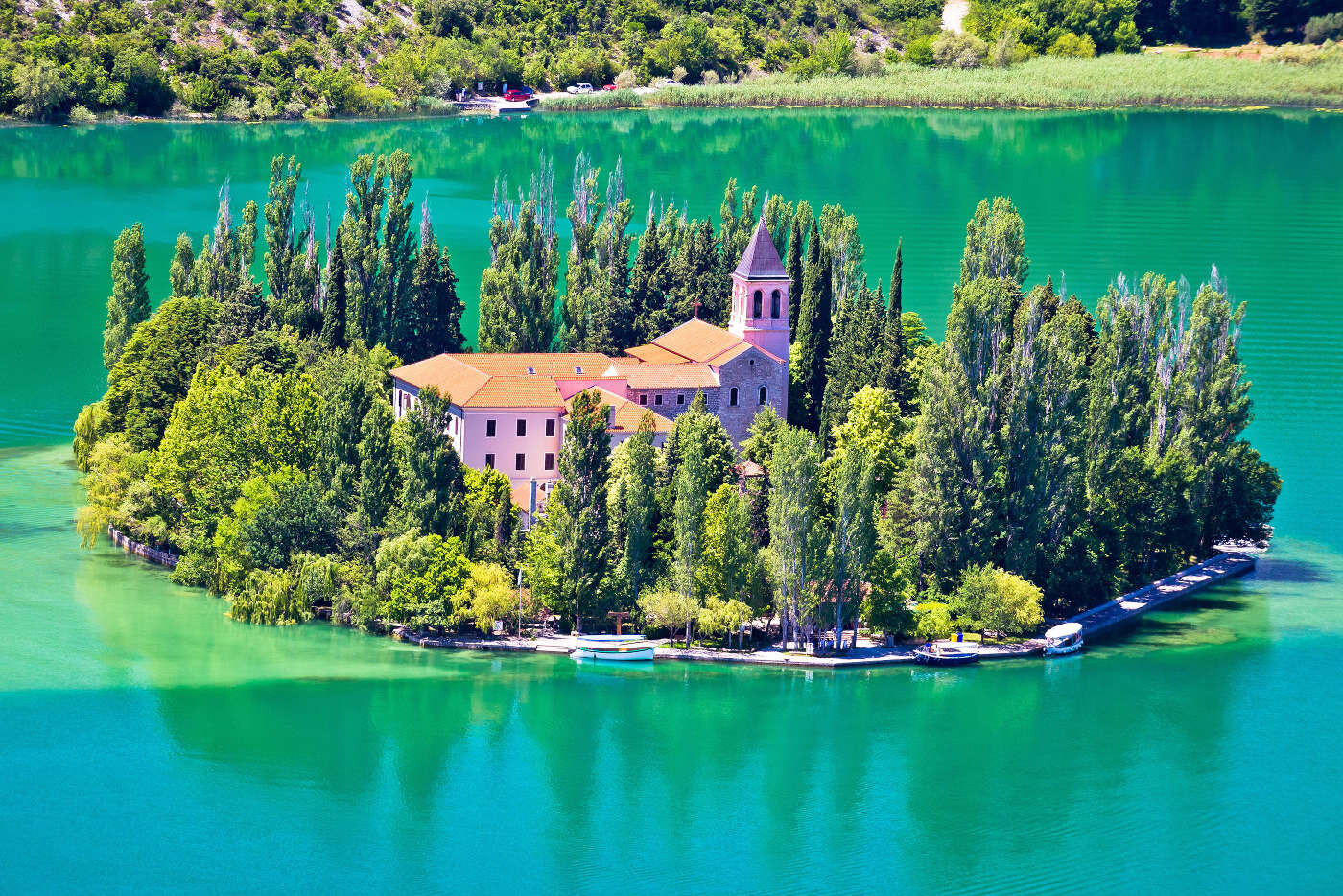 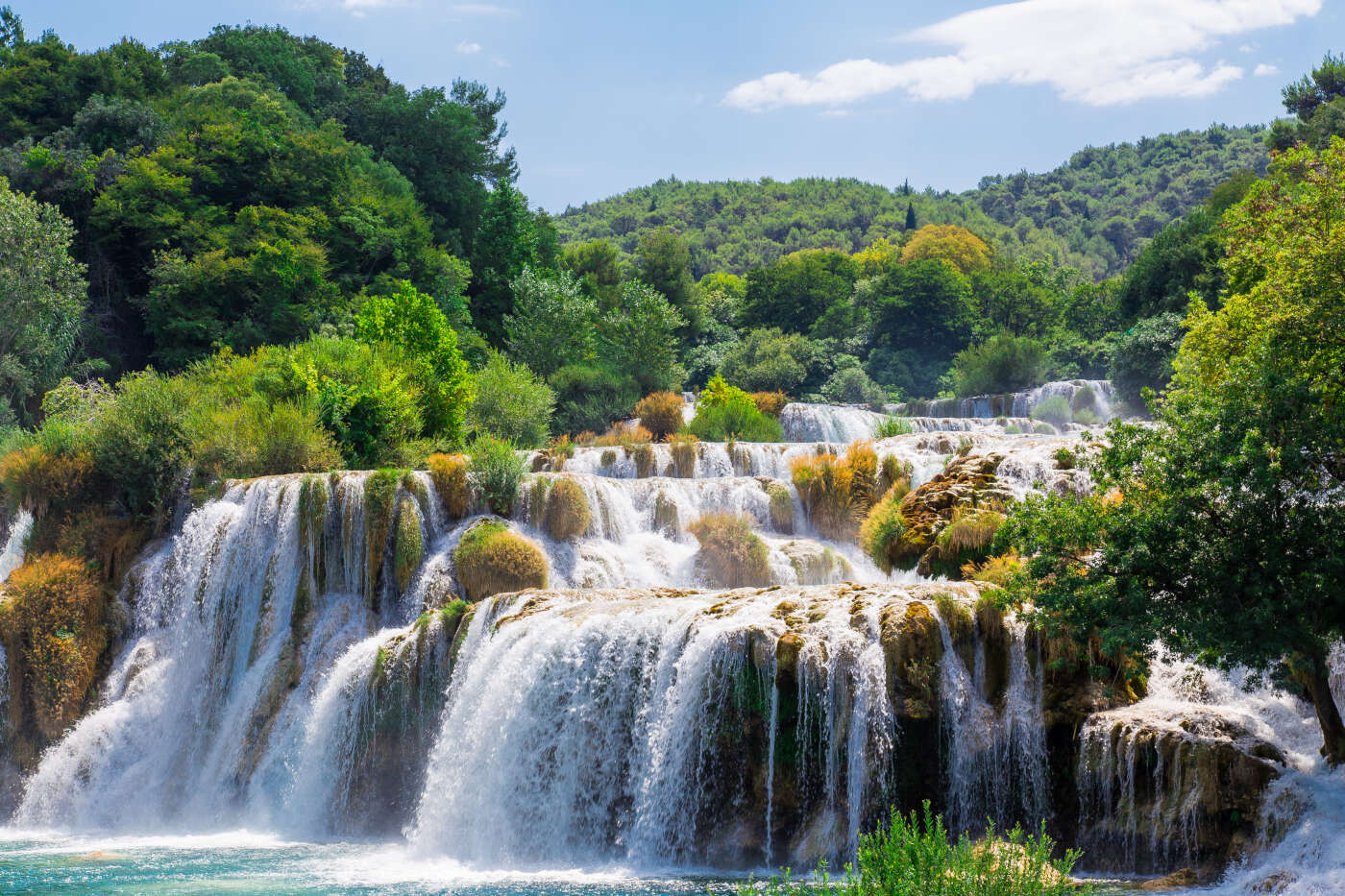 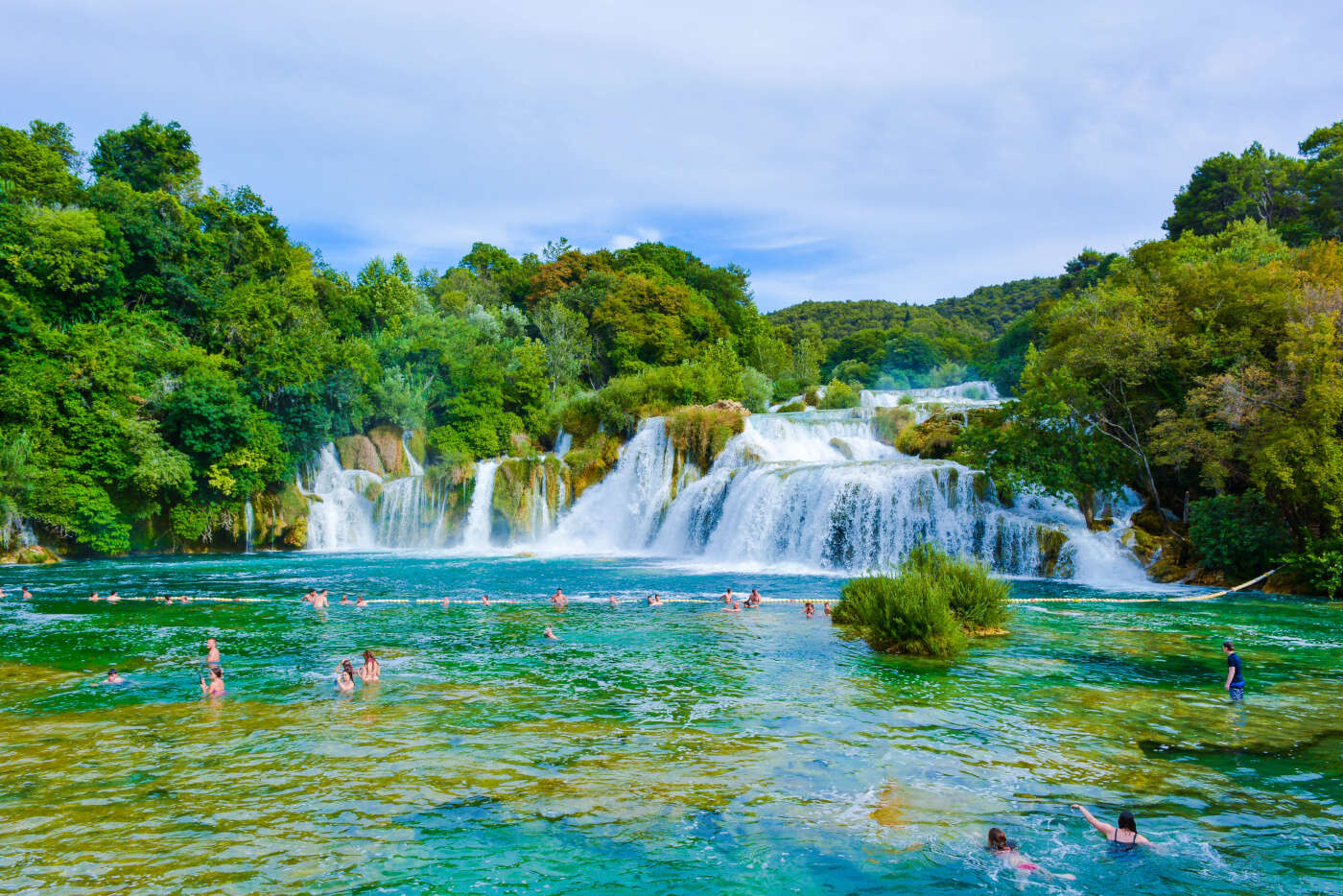 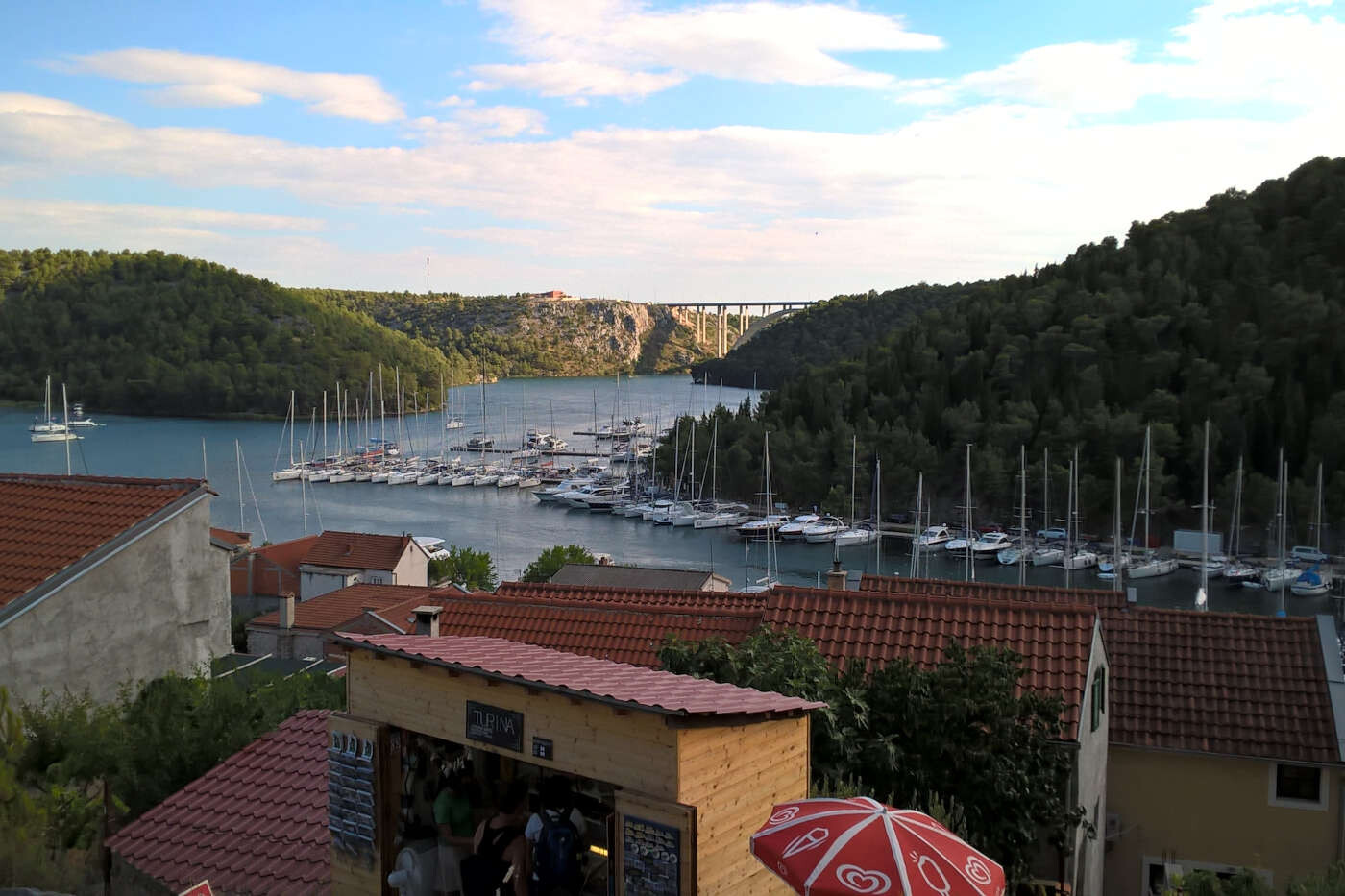 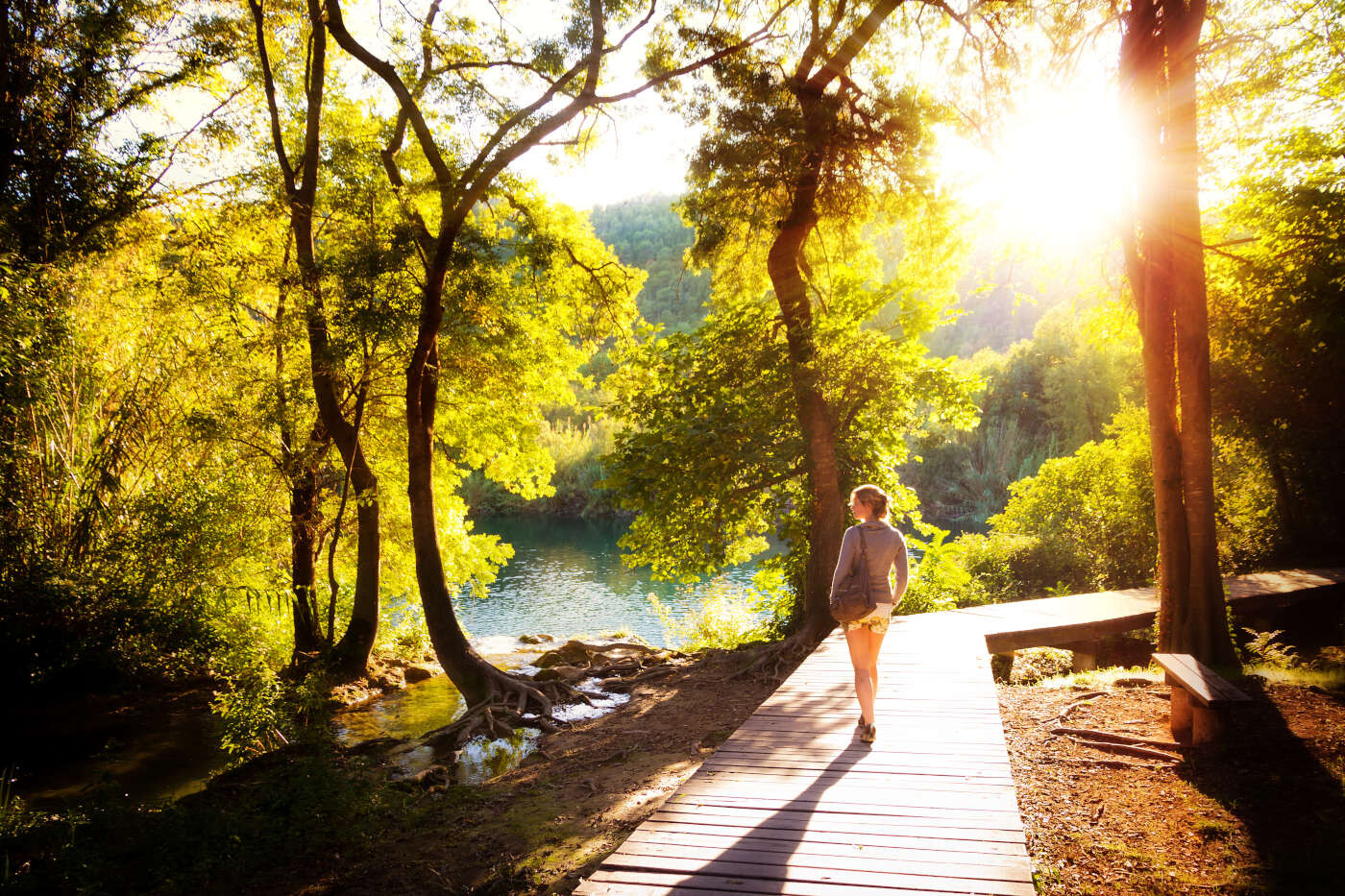 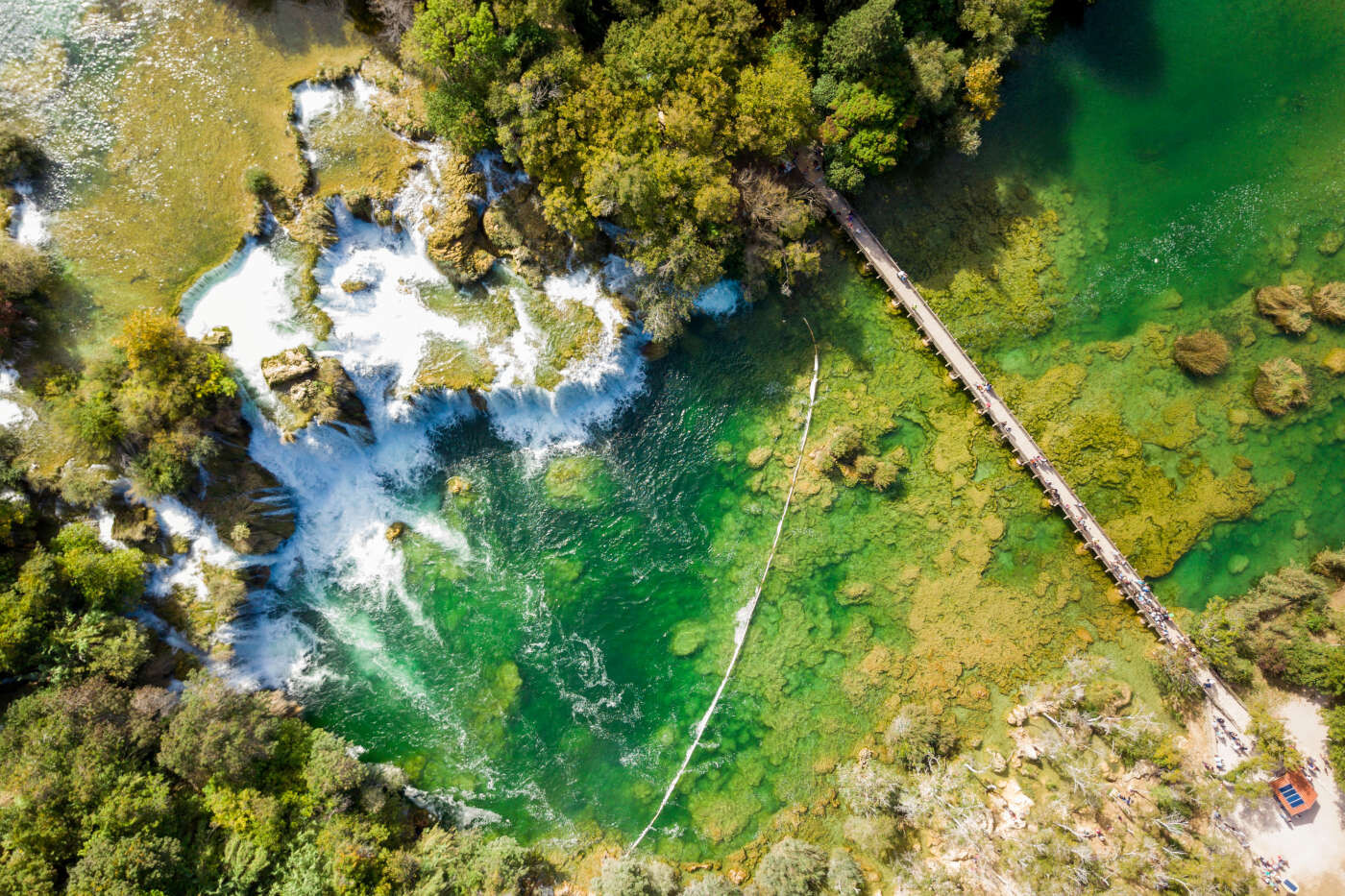