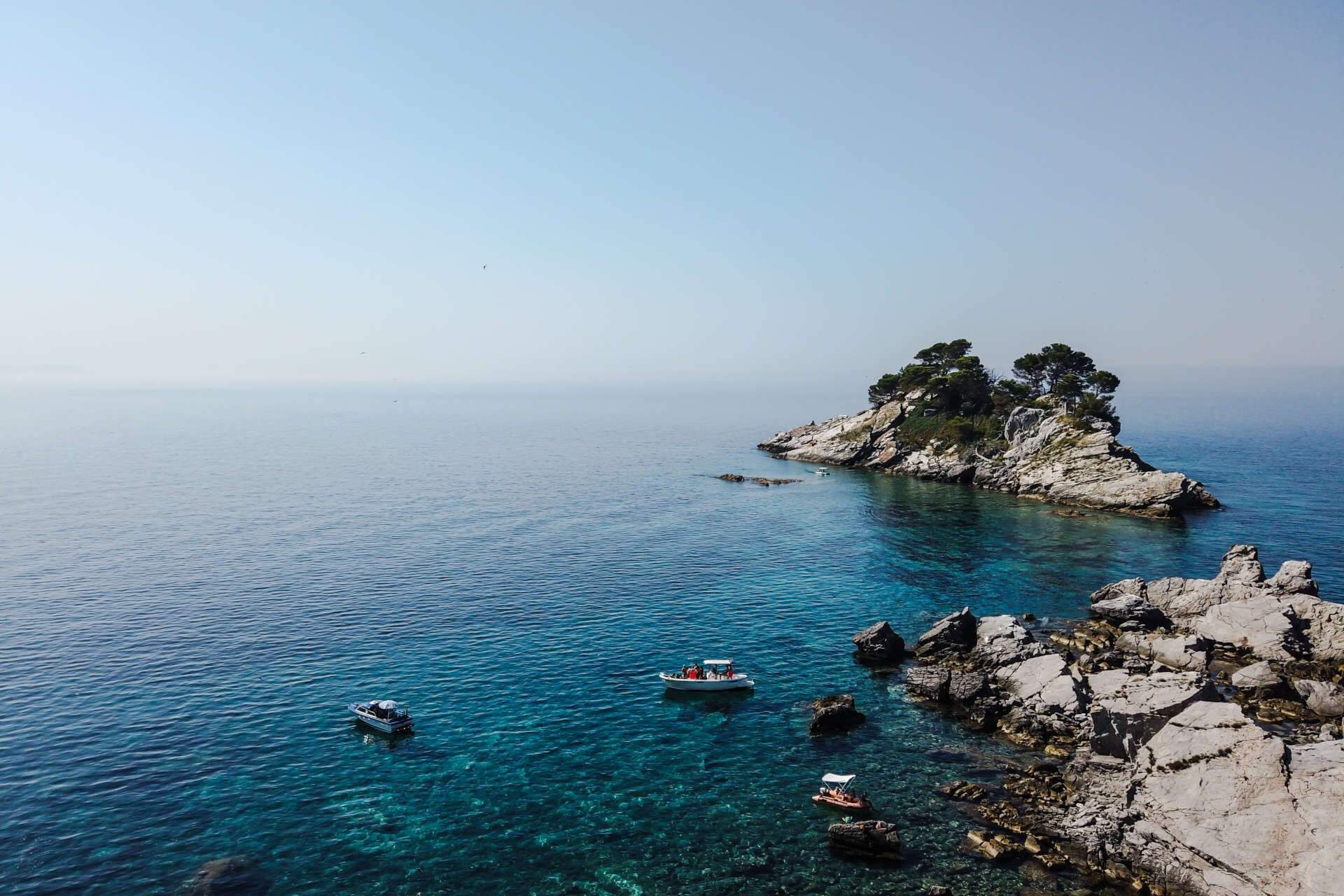 Budva is a Montenegrin town on the Adriatic Sea, former bishopric and present Latin Catholic titular see. The coastal area around Budva, called the Budva riviera, is the center of Montenegrin tourism, known for its well-preserved medieval walled city, sandy beaches and diverse nightlife. Budva is 2,500 years old, which makes it one of the oldest settlements on the Adriatic coast.

Tourism is the main driver of the economy of Budva. It is a significant tourist destination on the eastern Adriatic, and by far the most popular destination in Montenegro.

Although Budva is notable for its long history and its well-preserved Old Town, it is not primarily known as a destination for sightseeing or cultural tourism. Unlike Kotor or Dubrovnik, Budva has an image of a crowded beach resort, with a lively and vibrant atmosphere and a very active nightlife.

The Budva Riviera has some of the most attractive beaches of south Adriatic, and the most pleasant climate in Montenegro. Mogren beach is arguably the best known and most attractive of the Budva city beaches, nested beneath the cliffs of the Spas hill, between cape Mogren and the Avala hotel. The beach is separated from the city by the slopes of Spas hill that plunge to the sea, and is only accessible by a 250m long narrow path along the cliffs. Other city beaches include the small Ričardova glava ("Richard's Head") and Pizana beaches, next to the Old Town, as well as the 1.6 km (1.0 mi) long Slovenska plaža (Slav beach), that makes up the most of the city's coast.

However, majority of the beaches of Budva Riviera are outside the city itself. Jaz Beach is a long and spacious beach west of Budva, its hinterland serving as a popular concert and festival venue, as well as a campground. Bečići resort town, with its long sandy beach, is situated south-east of the city, separated from Budva by the Zavala peninsula.

Further to the south, numerous small beaches and towns, make up the more high end and exclusive part of Budva Riviera. This is especially true for the famous Sveti Stefan town, but also for other smaller Paštrovići settlements in the area, that once were unassuming fishing villages. The area of Sveti Stefan and Pržno, including Miločer resort with its park and secluded beaches, is considered the most exclusive area of the Montenegrin coast.

The town of Petrovac and the undeveloped Buljarica field occupy the very south of the Budva municipality. Sveti Nikola Island is located opposite of Old Town, 1 kilometre (0.6 miles) across the Budva bay. It is a mostly undeveloped island with some beautiful beaches. Well connected to the mainland with water bus, it is a popular excursion site for tourists visiting Budva.

Budva is home to the Adriatic Fair (Jadranski sajam), the only specialized exhibition venue in Montenegro. It hosts numerous trade fairs throughout the year, including the only auto show in Montenegro, held annually in autumn.

Gambling tourism is also popular in Budva, as many hotels have attached casinos. Maestral hotel and casino in Pržno are particularly popular among international gamblers, but other large hotels have also attracted players from European countries. The 2006 James Bond film Casino Royale is partly set in the eponymous casino in the fictional Montenegrin Hotel Splendide, thus giving a boost to Budva's profile as a gambling destination.

Budva marina, nestled to the north of the Old Town city walls, contributes to the image of Budva as a nautical tourism destination. Luxury yachts dominate marina berths during the summer, overshadowing small fishing vessels owned by the locals. Budva marina was host to periodic boat shows, but in recent years it has been losing primacy to the larger and more luxurious Porto Montenegro. Budva was the host of the Class 1 World Powerboat Championship Grand prix in May 2008.

MC Marina Budva, one of the marinas in Montenegro, close to Old City Budva, with good service for yachts and boats. 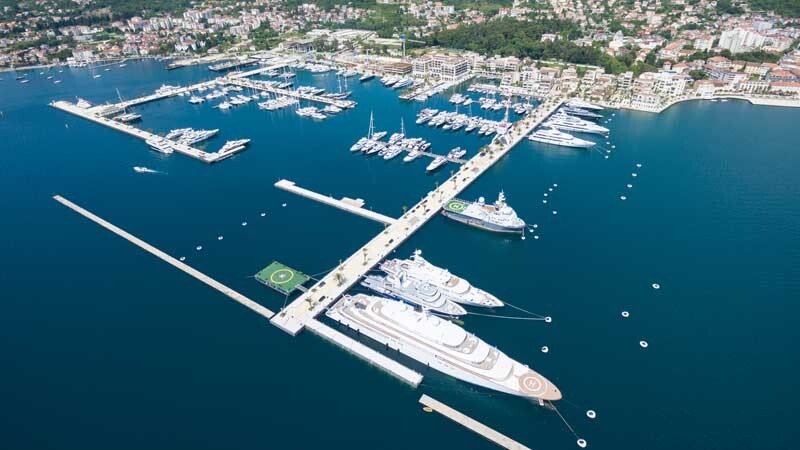 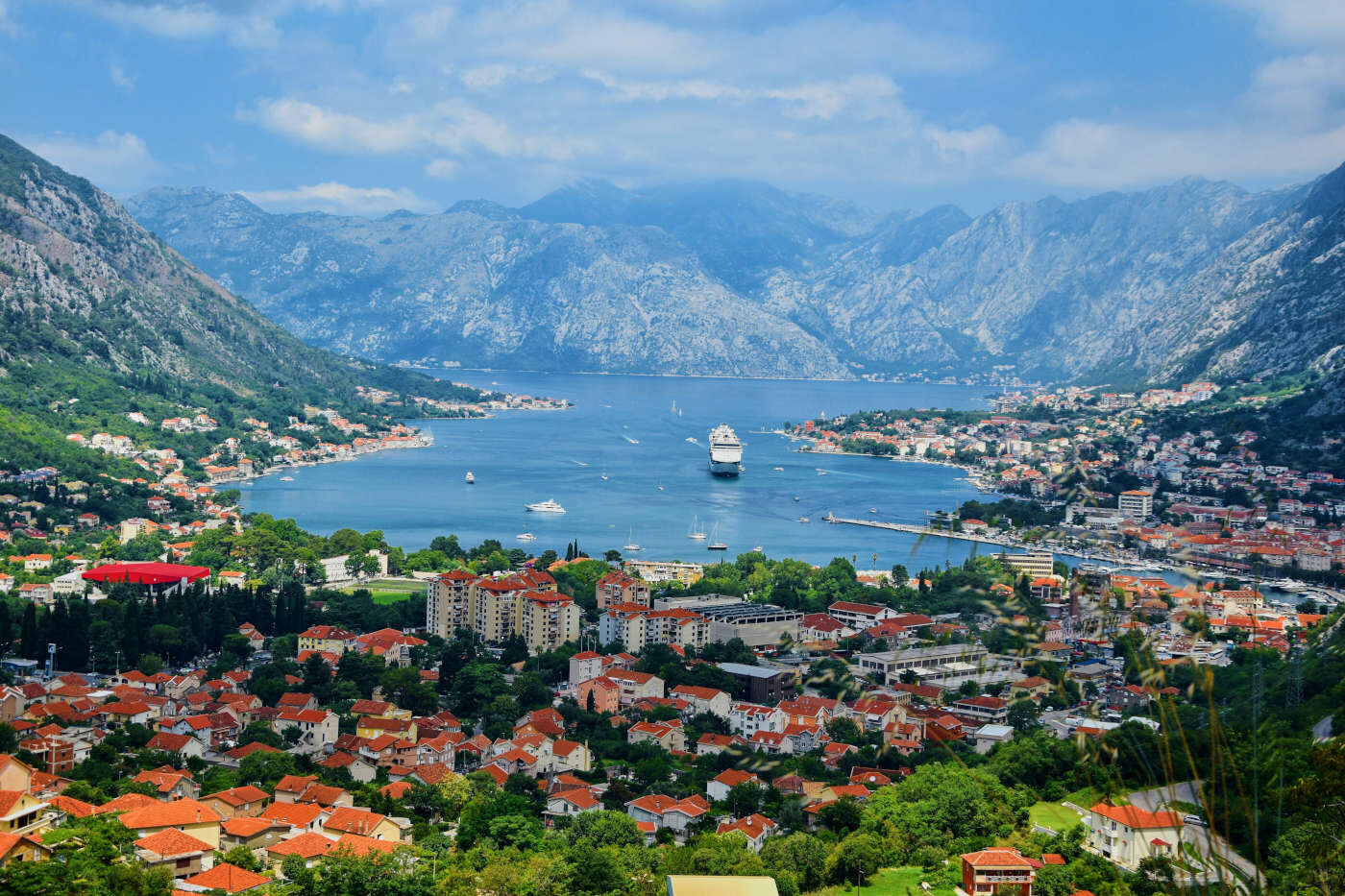 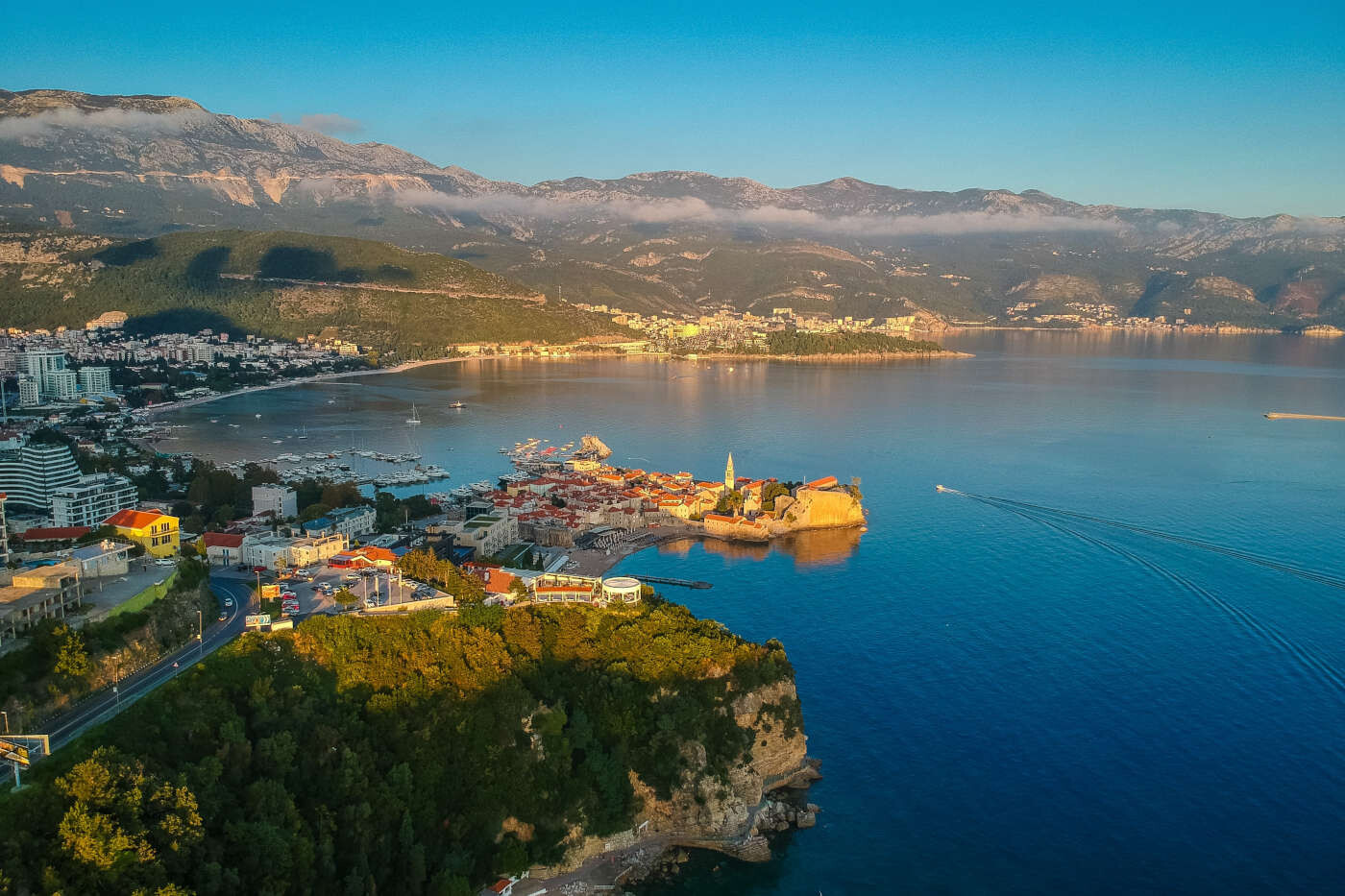 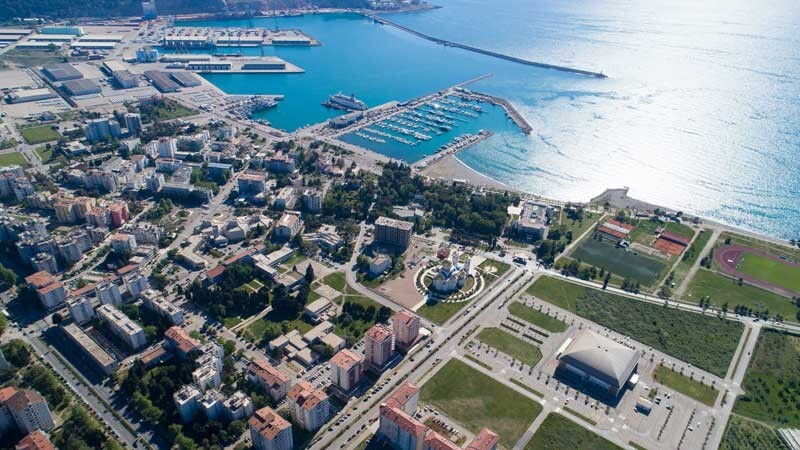 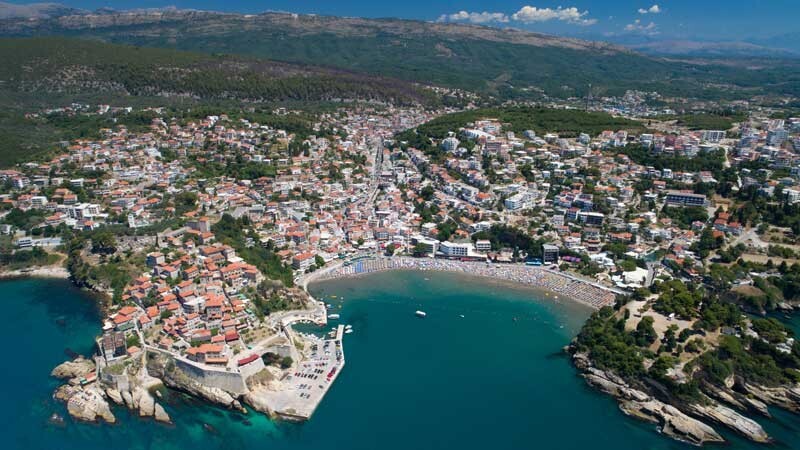 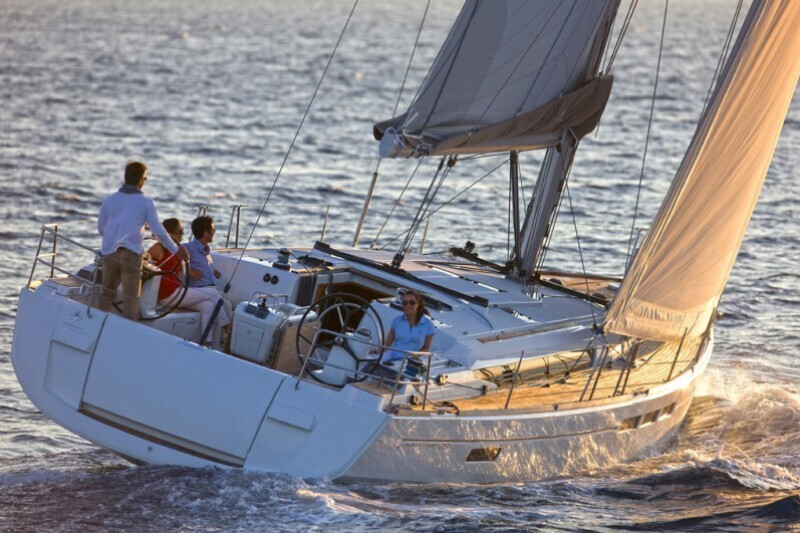 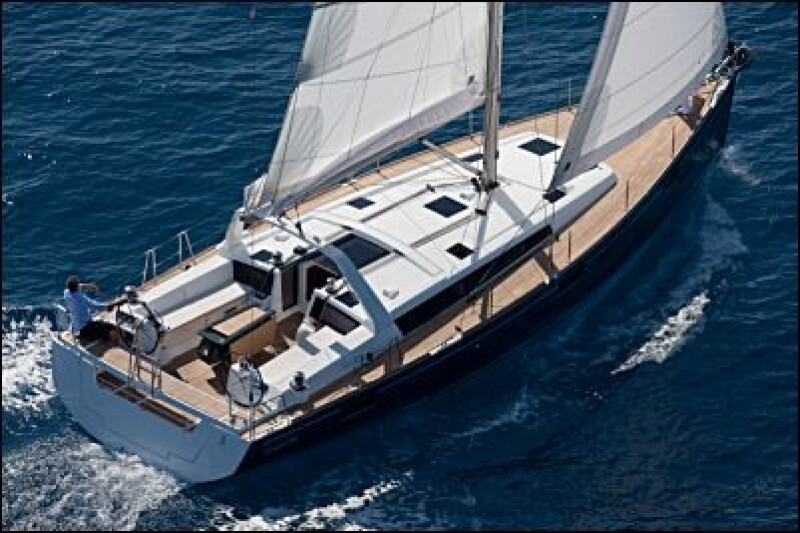 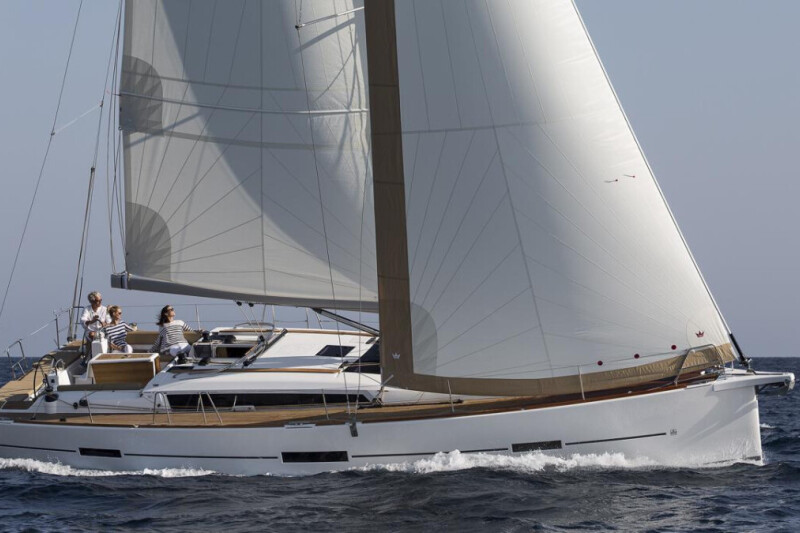 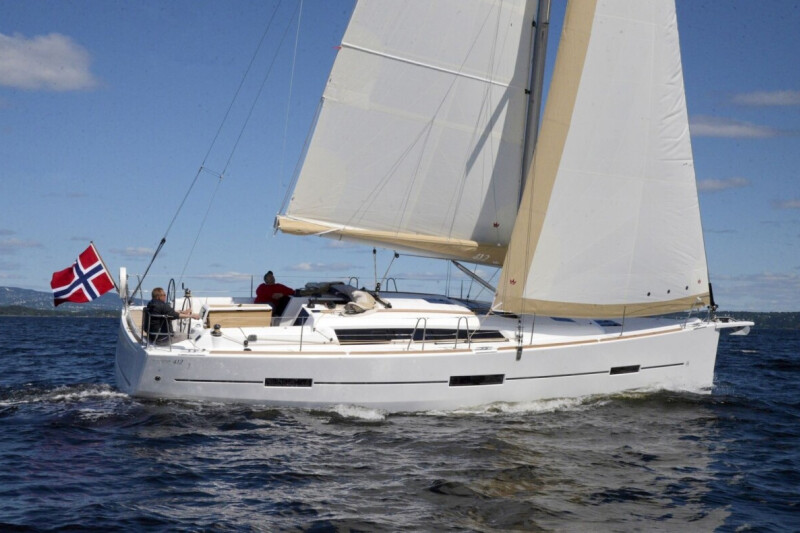 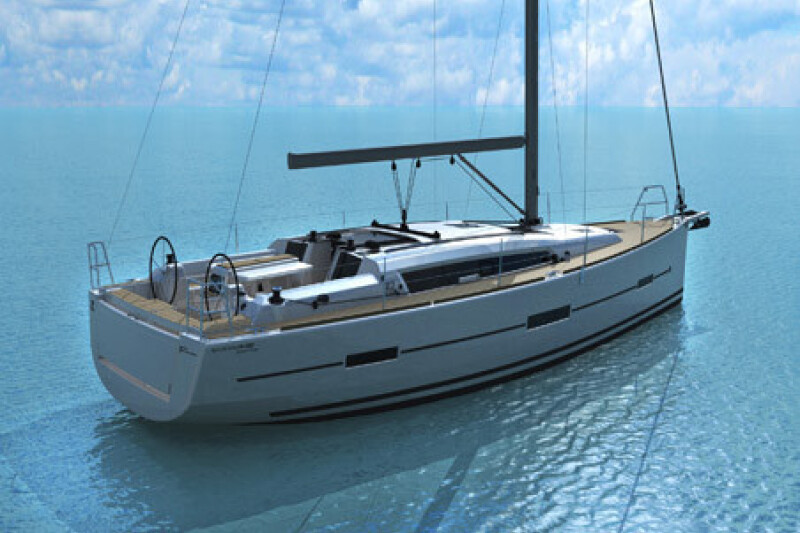 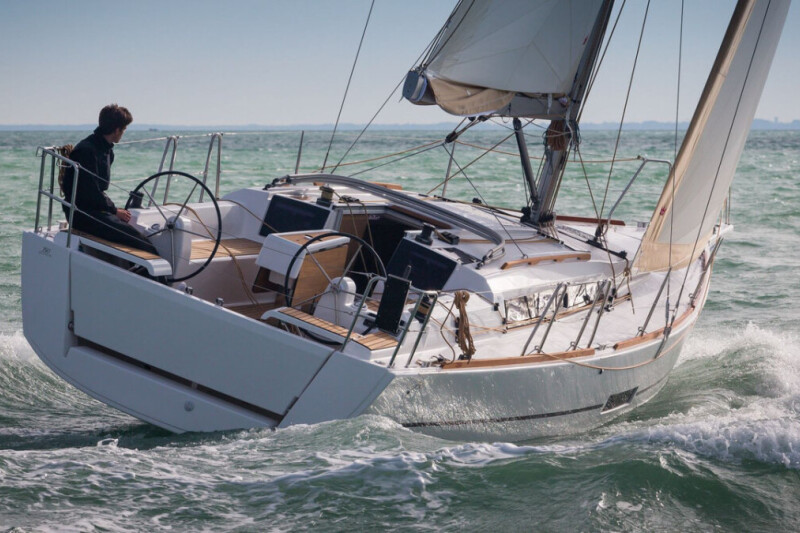 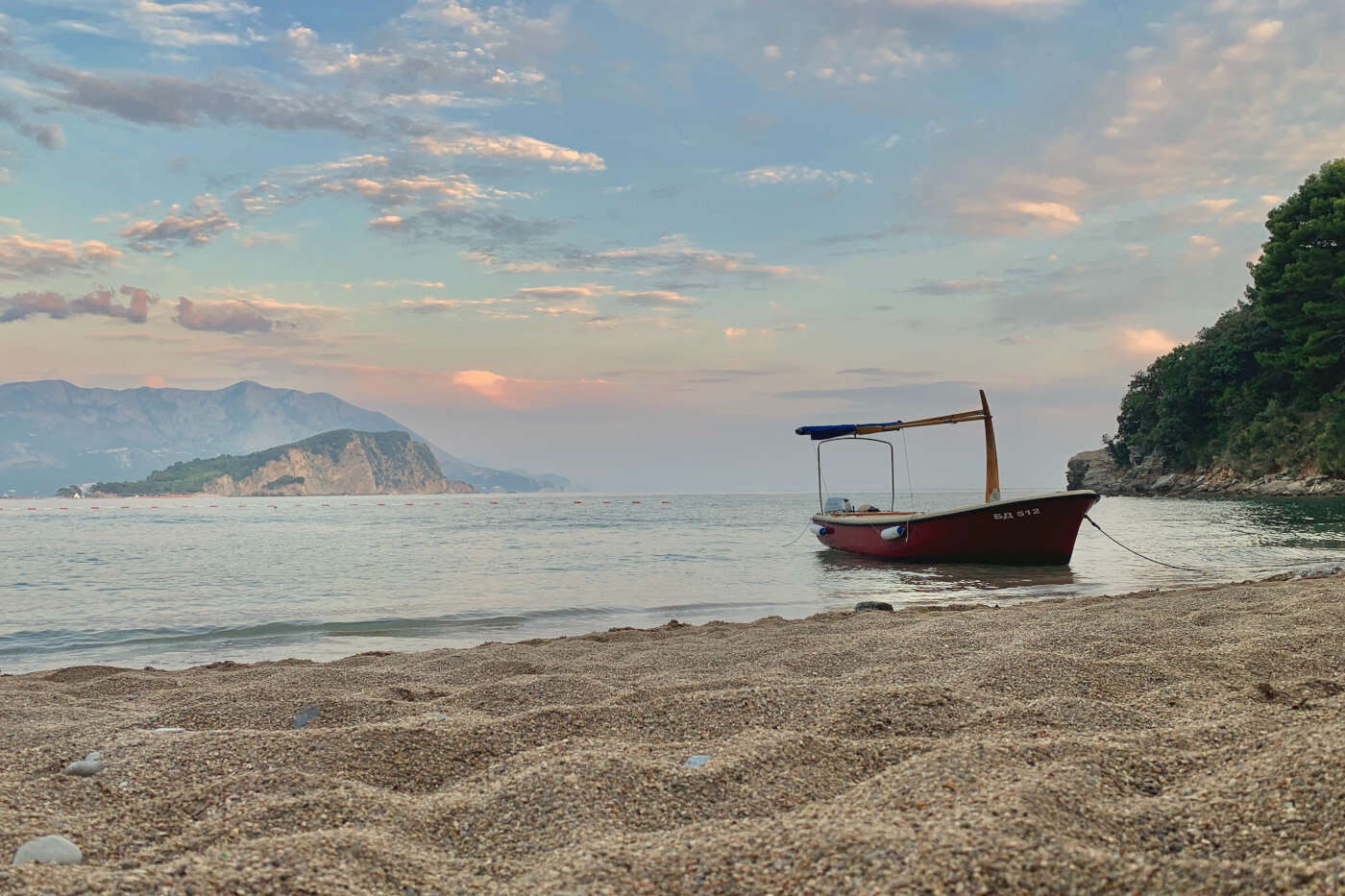 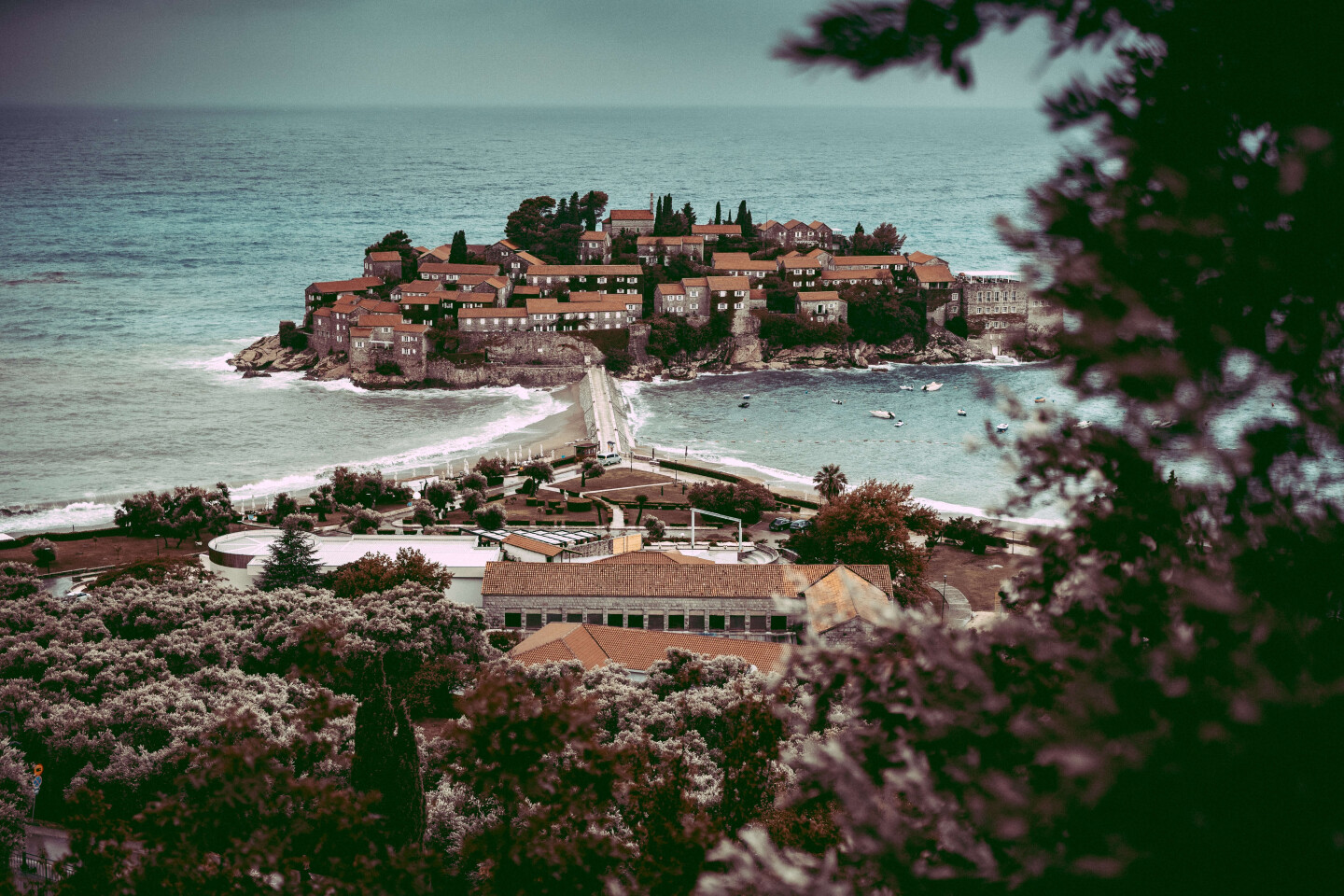 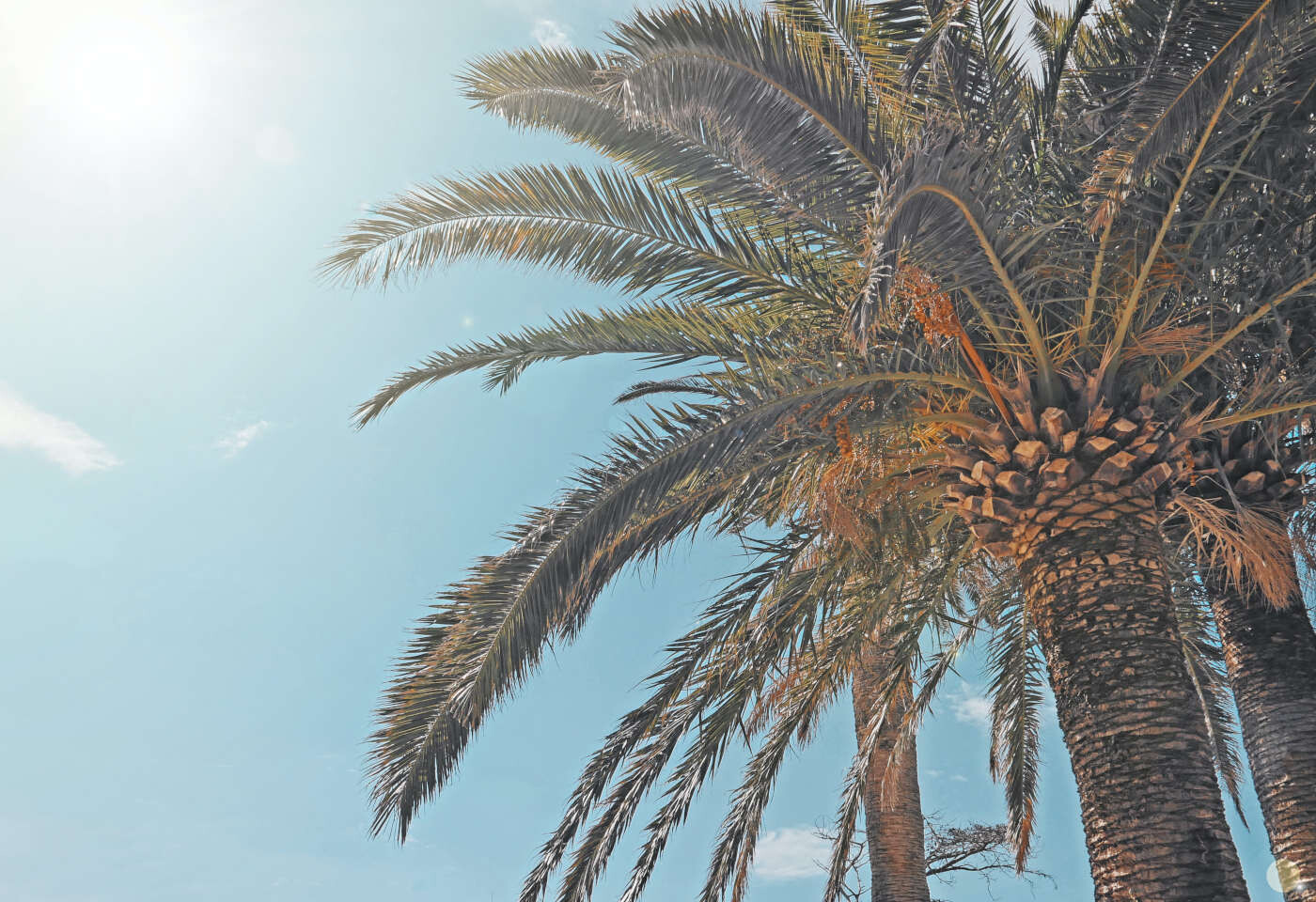 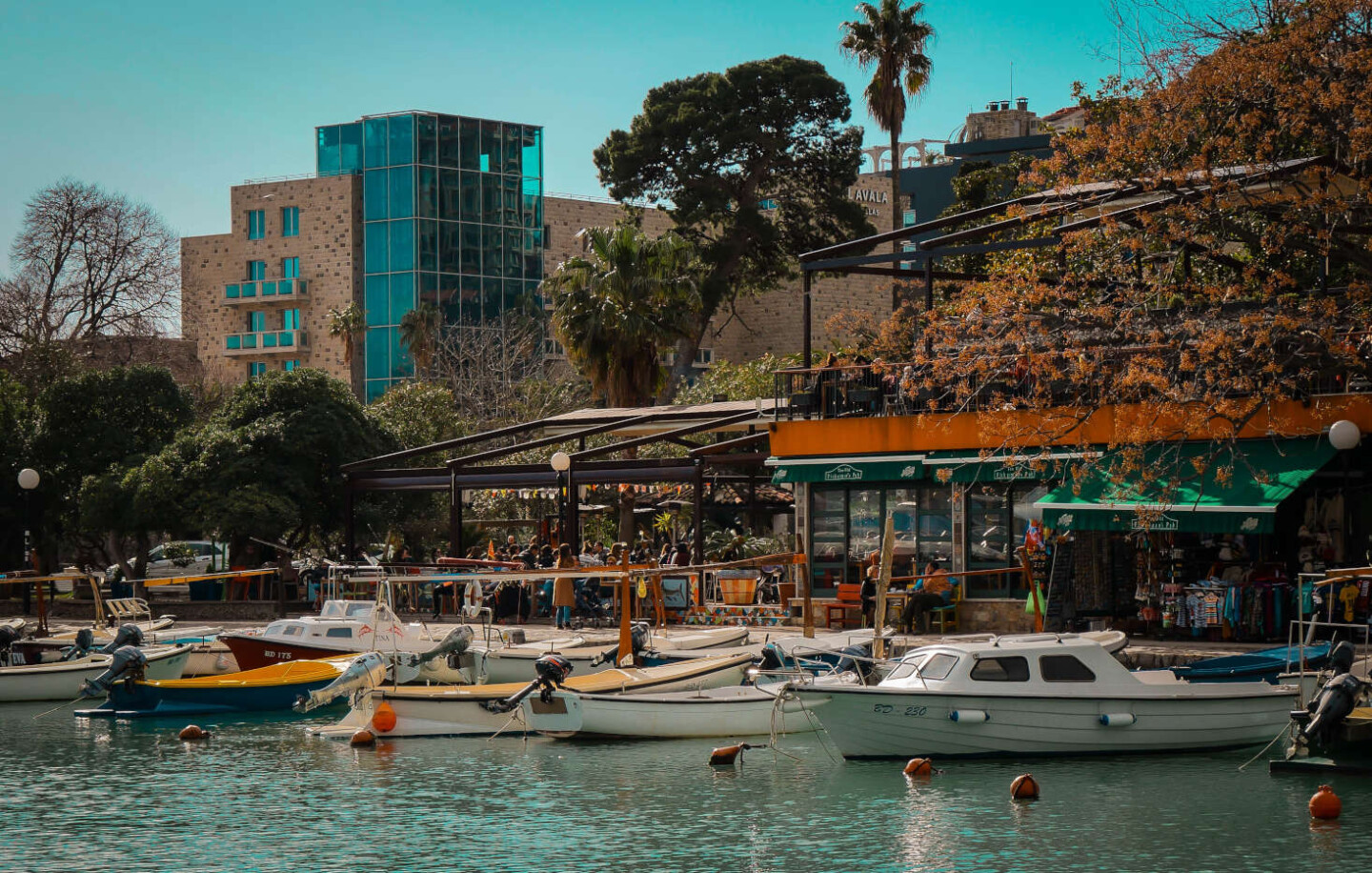 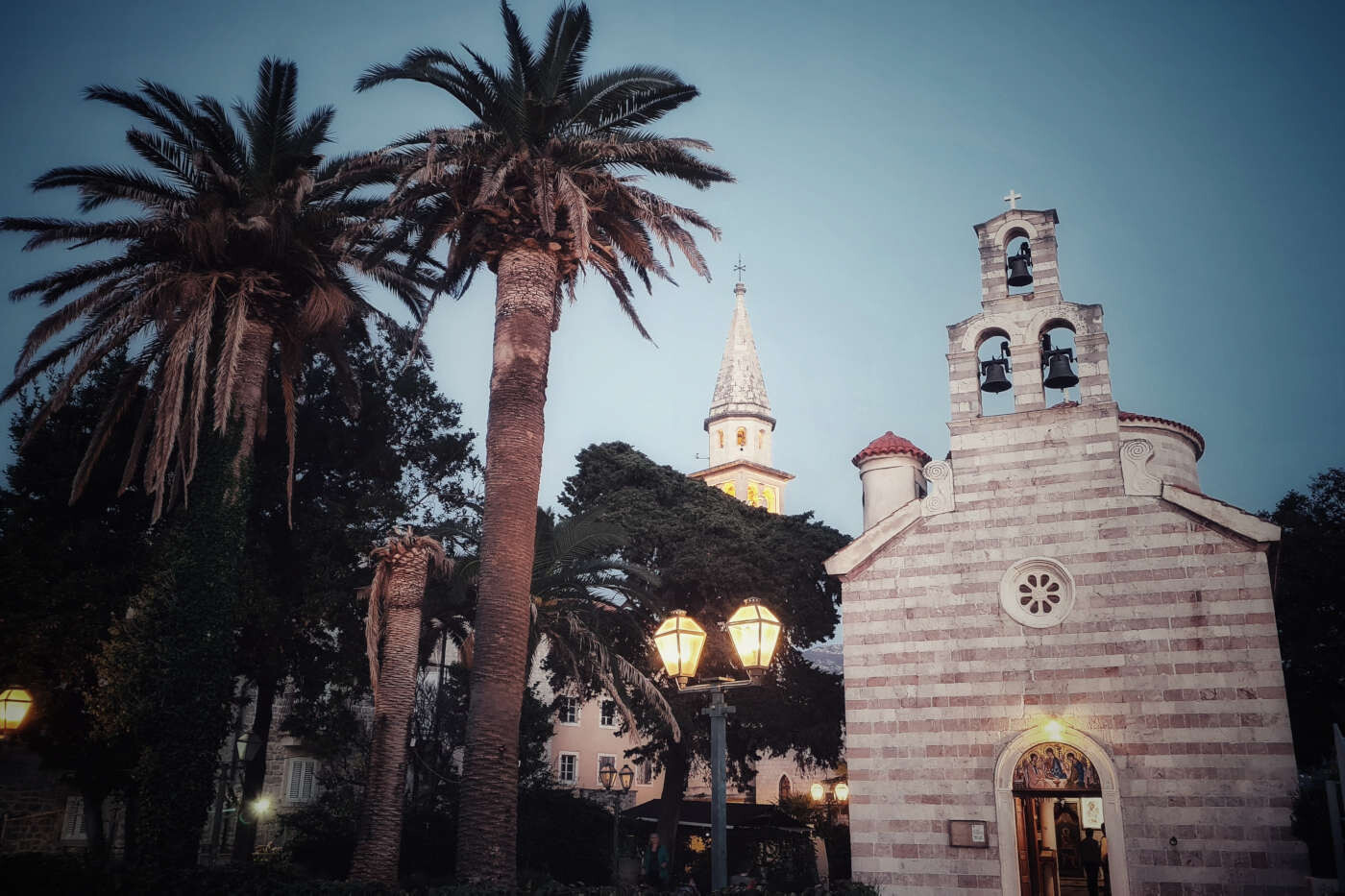 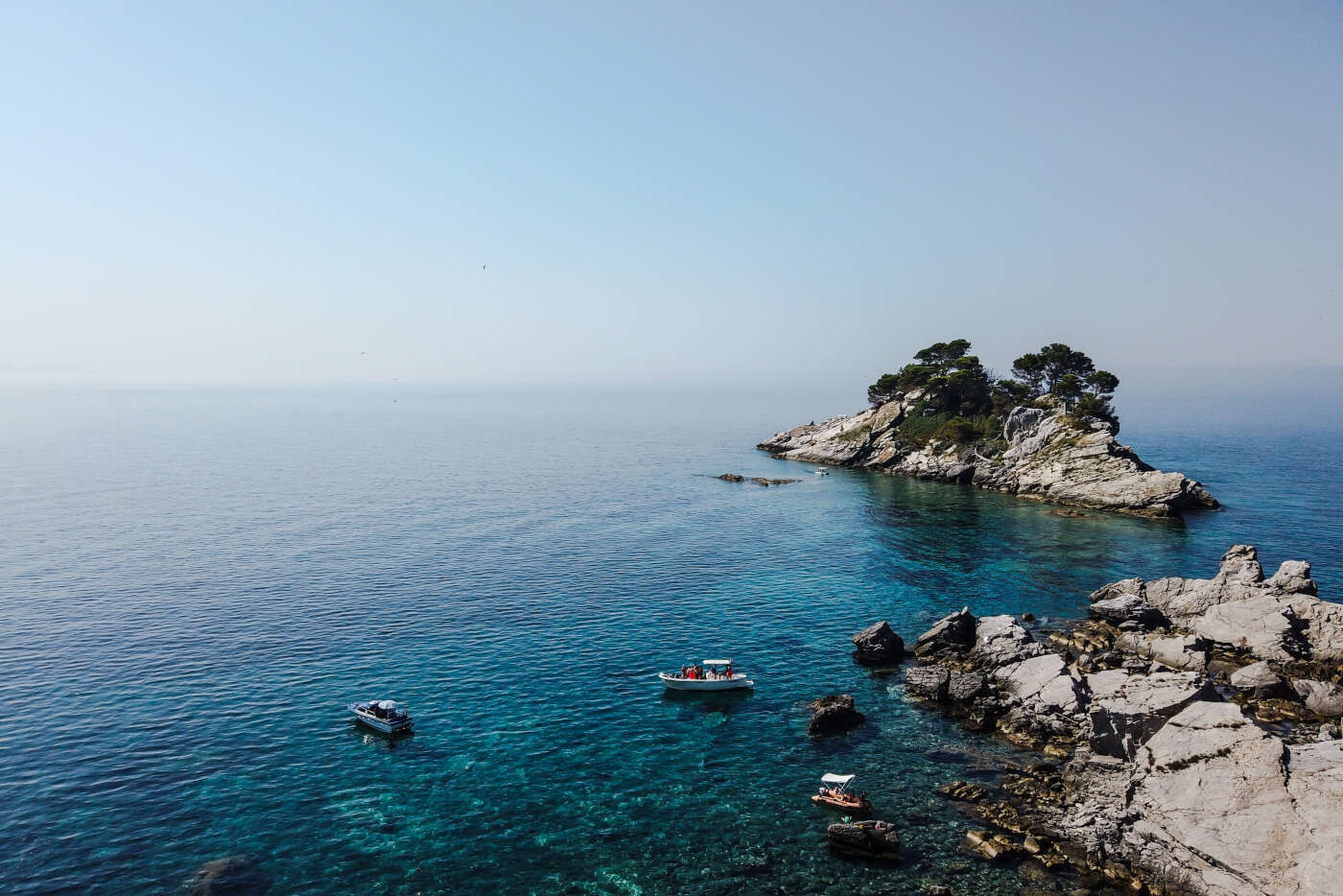