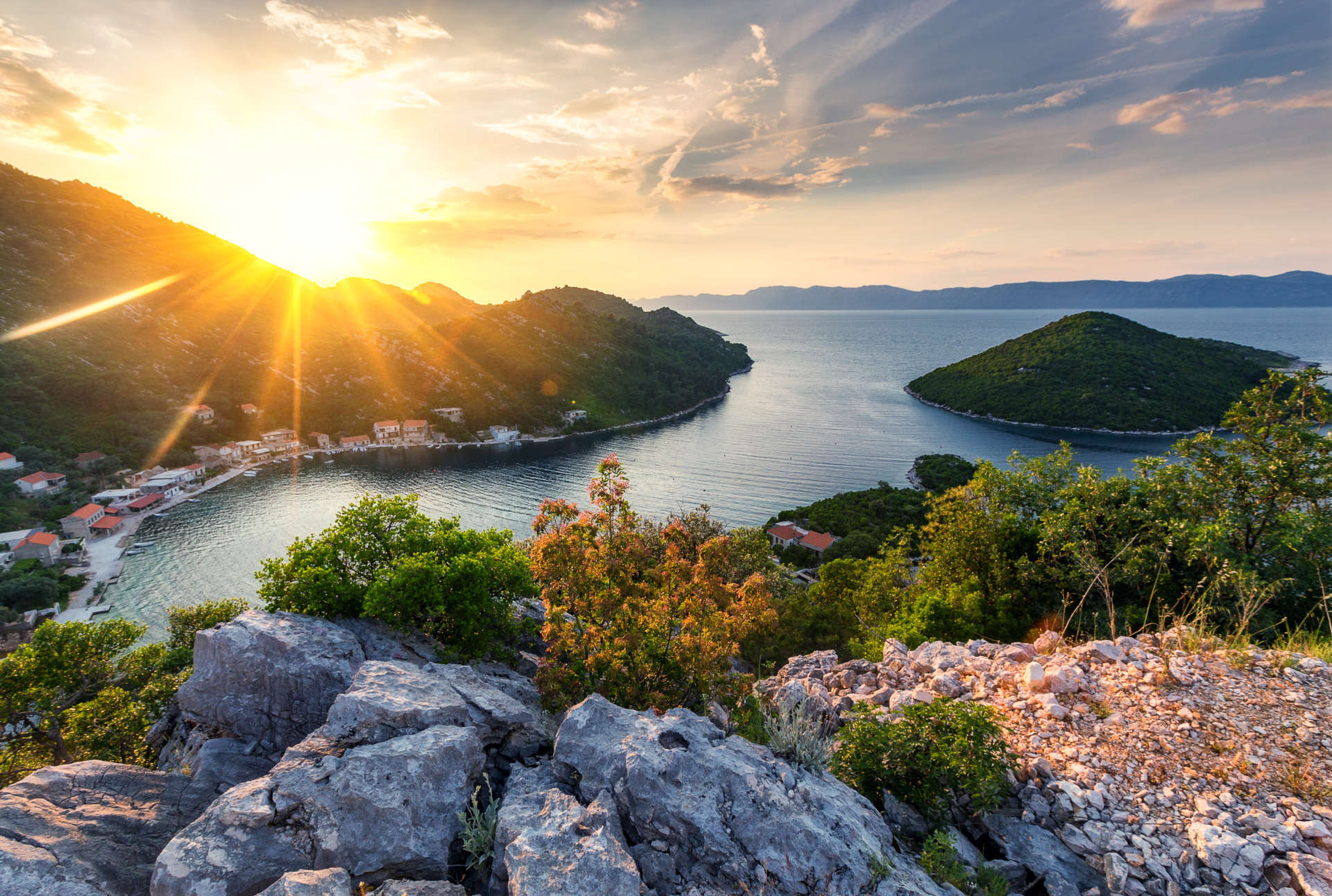 The turquoise sea and beautiful coastline

No trip to Croatia is complete without visiting Dubrovnik. Also called the “Pearl of the Adriatic”, Dubrovnik is rich in history, culture and architectural heritage.

Dubrovnik is famous for dazzling marble streets lined with ornate buildings and elegant Renaissance fountains. However, the most impressive is its city walls, considered the best preserved medieval structure in Europe.

Dubrovnik was also the filming site for the famous TV show, Game of Thrones. The impressive walls, fortresses, and historical buildings have attracted many producers and directors.

Besides its history, Dubrovnik and its surrounding region are top-class Adriatic resorts. The turquoise sea and beautiful coastline lined with trees are a welcome escape from the hubbub of daily life.

Dubrovnik region is situated on the Adriatic coast to the south of Croatia and Dalmatia and enjoys a warm Mediterranean climate. As such, summers are hot and sunny and winters mild and rainy.

The pleasant Mediterranean climate with hot summers has given Dubrovnik region exciting biodiversity. Though it rains throughout the year, it dries in summer with rare to no rain.

The over 250 days of sunshine, mild weather conditions, and warm sea make it a year-round tourist destination. 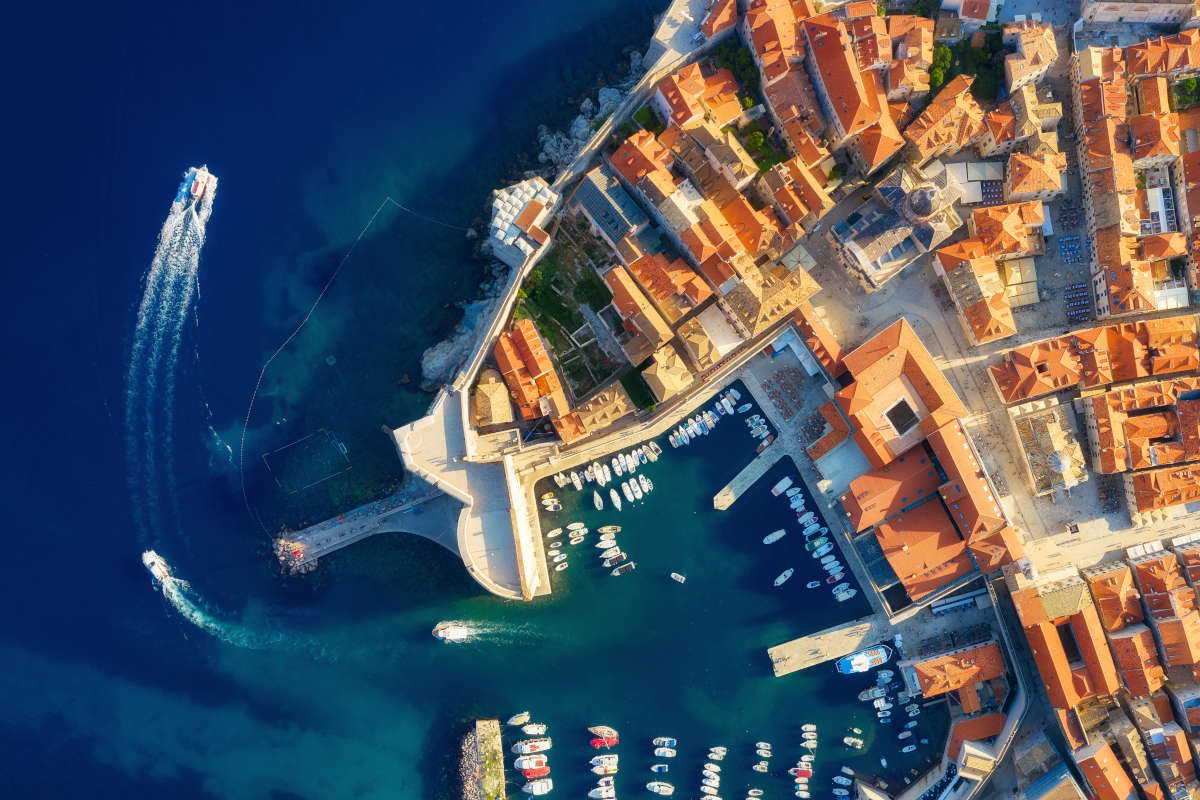 The best months to visit Dubrovnik is the summer months of June, July, August and September. The temperature is moderate, ranging between 20℃ and 33℃, with some thunderstorms in the afternoon.

However, these months are peak tourist season. So not only will you be encountering crowds and cruise ships, but the prices will also shoot up.

On the other hand, the best time to visit Dubrovnik is the shoulder months of May, June, September and October.

The only drawback is that the sea remains cool and doesn't reach optimum temperature until July. And the water stays warm for only two months.

Bays and Coves in Dubrovnik region

Besides its historical importance, Dubrovnik region is also well known for its coastline. There are several bays and coves along the shoreline, not to mention the neighbouring islands. Dubrovnik region is the place to be if you are looking to lounge the summer holidays away.

Hidden in a small natural bay in Cavtat is Kamen Mali, a rocky beach. It is located on the outermost tip of the RAT peninsula but connected to the centre via the Promenade. Kamen Mali is the place to be if you want some quiet time by the ocean.

Another hidden pearl in Cavtat is Kljucice, a remote bay in the RAT peninsula. The beach is naturally pebbly and rocky, with pine trees lining the shore. You can rent umbrellas and sunbeds and enjoy the Adriatic sea in a peaceful setting.

Betina cave is simply the most beautiful in all of Dubrovnik Riviera. It is a natural bay n a semi-cave-like structure with an idyllic beach, rocky shore and pine trees.

Levrnaka bay is a picturesque bay situated on the island of the same name. On the other side of the bay is the Lojena beach, a scenic beach surrounded by unspoilt nature.

Betina Cave is not accessible by land. So, hire a motorboat charter or sailing boat charter and get some snorkelling done.

With its crystal clear waters, Bacva Bay is one of the best beaches in Korcula. Whether lounging in the sun, snorkelling or swimming, Bacva Bay is worth your time. Additionally, there’s a cosy beach restaurant on the beach that serves fresh grilled fish every day.

Saplunara Beach is a real jewel on the shores of Mljet island. Yet, hidden from the beach-seeking tourists, Saplunara remains isolated and unspoilt.

Saplunara beach is home to two white sand beaches, a large and a small one. A forest of Aleppo pines and junipers lines the shore providing ample shade.

Located in Lastovo is Kručica Bay, a natural bay with a small pebble beach. The highlight of the bay is the trees that line the beach offering natural shade. The shade and the shallow waters make the beach ideal for families with kids and elderly people.

You can access the bay either by motorboat charter, catamaran charter or by a narrow and steep path through the bush.

Home to the famous 2km long wall, the city of Dubrovnik is one of the most magnificent attractions on the Dalmatian coast. The walls and the old town within are UNESCO World Heritage sites.

The history of the great City Walls of Dubrovnik goes back to the 8th century. The walls that once protected the city’s inhabitants are now the highlight of Dubrovnik. 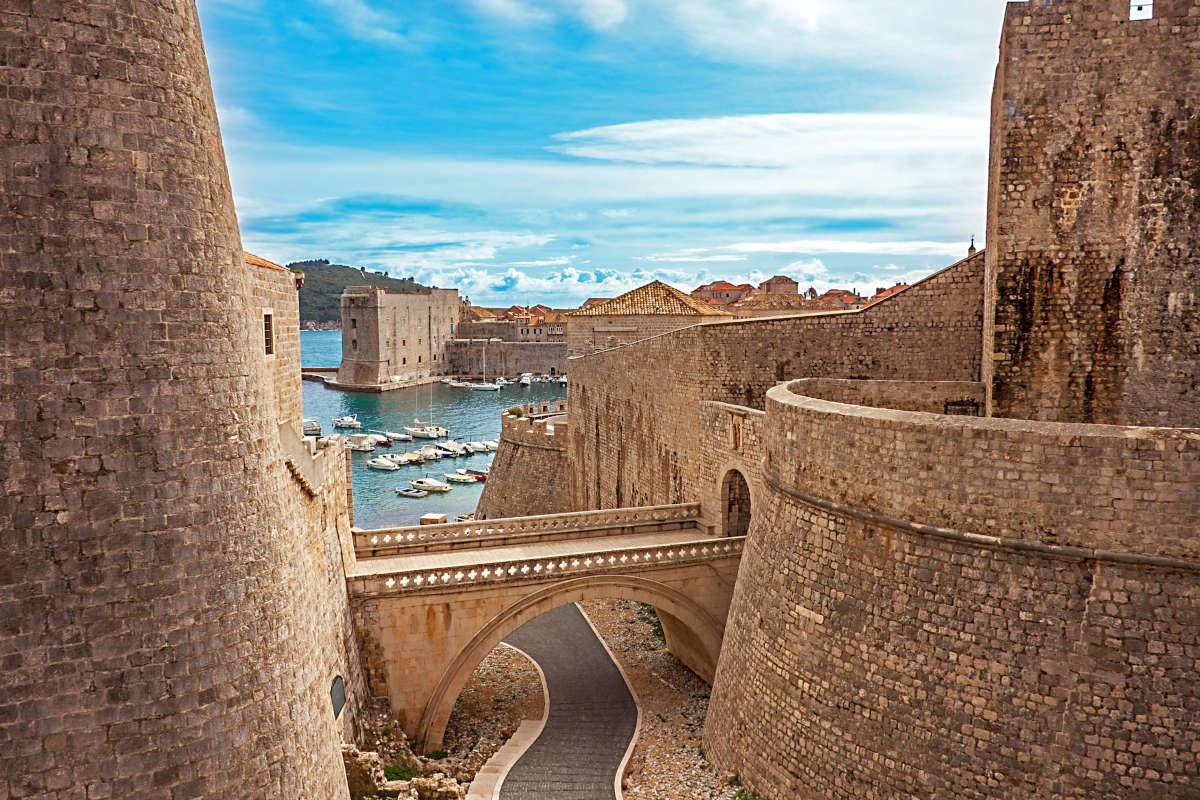 But the old town itself dates back to the 3rd century as an Illyrian settlement. Dubrovnik’s rich heritage yielded the name “Athens of Croatia”.

Dubrovnik is also famous for its many beach clubs, notably the Coral Beach Club.

Restaurant Dubrovnik is one of the finest establishments and a testament to Dubrovnik’s culinary diversity.

Another fine dining establishment is the Michelin-starred Restaurant 360°.

About 120 km away from Dubrovnik is the 20-mile-long island, Korčula. Also called “Little Dubrovnik”, the island is well-known for its medieval squares, stone houses, churches and palaces.

As per the local legend, Prince Antenor of Troy founded the main settlement. Back then, it was called “Black Korčula” due to its dense pine forests. Korčula is still one of the greenest islands in Croatia.

The highlight of the villages is the beautiful Mediterranean landscape, vineyards, hundred-year-old olive trees and the many stunning hidden bays.

Being an island, Korčula is surrounded by many bays, coves and beaches. The north part of the island is home to many beaches hidden with lonely spots for swimming and snorkelling.

Located on the 17th-century Lesic Dimitri Palace is LD Restaurant (the Michelin-rated), famous for its fresh seasonal ingredients.

Adio Mare tucked away in the little lanes of Old Town, serves some of Korčula’s best seafood, homemade style.

The small mountain village of Smokvica is also famous among tourists for traditional Mediterranean dishes with homemade wines and the local Posip wine.

About 23 miles from Dubrovnik, an island measuring just 100 sq km. Most of the island (nearly 2/3rd) is covered by forest, with the western part being declared a national park.

Mljet was uninhabited with no settlements until the Romans built a fortress in the 3rd century. Then, around the 12th century, the island came under the rule of the Benedictine monks. Henceforth, it changed quite a bit until it became a part of Yugoslavia in 1918 and Croatia in 1991. 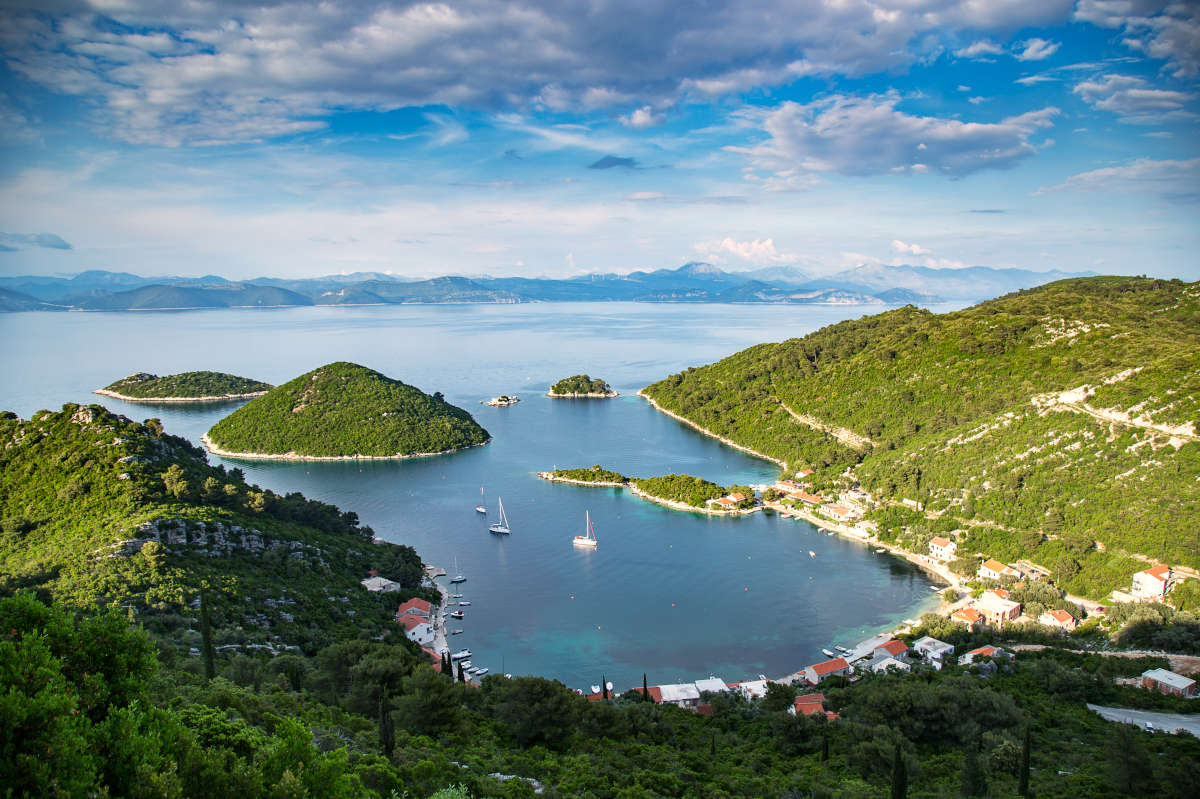 Mljet is considered the most beautiful among all Croatian islands, with Loney Planet naming it the “Most Seductive Island in the Adriatic”. The lush Mediterranean vegetation, sandy beaches, crystal clear sea, and colourful and exotic sea life attracts many travellers to this small island.

With such beauty surrounding the island, food seems to be an afterthought. And as such, Mljat’s restaurant scene is modest. Instead, restaurants here are known for their seafood, especially Lobster and scorpion fish.

Konoba Galija is a string of seafood restaurants on the Pomena waterfront with facilities for yacht mooring.

Another restaurant worth exploring is Stermasi serving traditional Dalmatian cuisine. Stermasi also has apartments overlooking Saplunara bay catering to those who come here by boat.

Pelješac is the largest peninsula in Croatia, measuring over 355 sq km. Ston and Orebic are the two major towns in the Pelješac peninsula.

Pelješac is not as touristy as the other parts of the Dalmatian coast. However, it has a thriving agricultural business, especially vineyards. Pelješac is famous for its oysters, shellfish and wines, especially from the Plavac Mali grape.

Most of the Peljesac Vineyards are open to the public. However, they are all small-scale except maybe a few.

Ston is famous for its fresh seafood, especially Kapetanova Kuca restaurant. Another restaurant worth mentioning is Bella Vista on a cliff looming over Prapratno Bay.

Lastovo is a small island located 9 miles south of Korcula. It has three significant towns, namely:

Lastovo and its surrounding islands are home to Lastovo Nature Park, one of the 11 national parks in Croatia.

There isn't much to do on the island except swim, snorkel, and take long walks or hikes.

Lastovo’s shoreline is home to many beaches, sandy, pebbly or a combination of both. 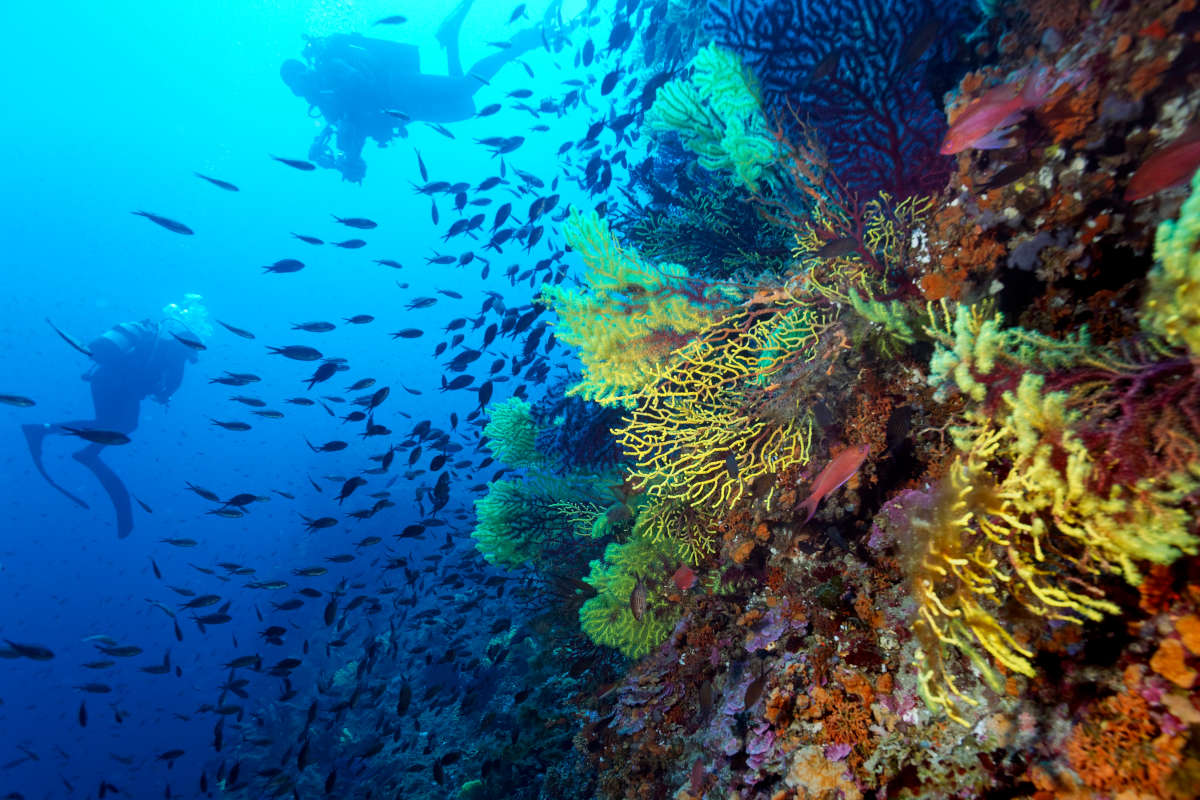 There aren't many restaurants on Lastovo, but the ones here offer delicious Dalmatian fare. Triton and Augusta Insula are the best options if you are based to the north of the island. If in Ubli, Konoba Pece is a must-visit.

About 30 km from Dubrovnik is Cavtat, a popular vacation destination along the Dalmatian Coast. Cavtat is a great town to base yourself in if you do not want the hustle and bustle of Dubrovnik but still enjoy the culture.

With a historic old town, scenic harbour, good restaurants, and cosy cafes, Cavtat have it all. The highlight of the seaside town is its charming beaches and two green peninsulas that simply invite you to relax and sunbathe.

Beaches in Cavtat are situated in small bays. Generally, they can be a fine pebbles, clean concrete or rustic rocky beaches.

Overlooking the Ključice beach is Rokotin which serves traditional Dalmatian fare under the cool shade of the pine trees. Their grilled dishes and risottos are simply delicious.

Situated on Cavtat's seafront strip, Bugenvila is not only a Michelin guide-recommended restaurant but also a culinary trendsetter. They are famous for their dishes that showcase local ingredients but in a modern way.

Kuća Sladoleda Rozata is well known for its creamy gelatos. 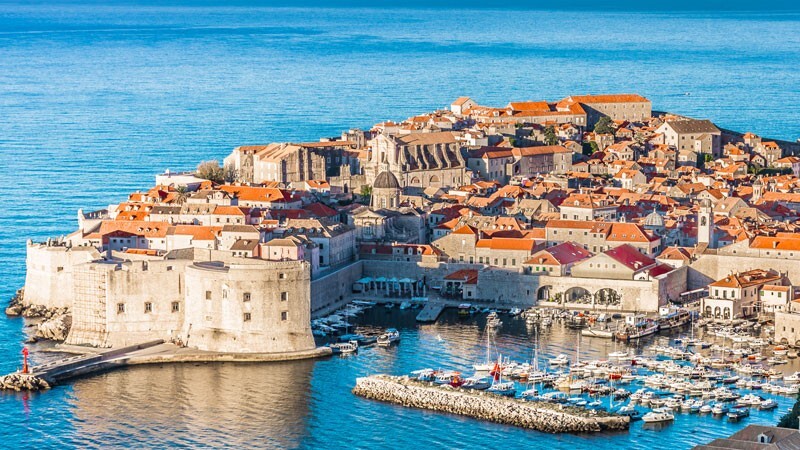 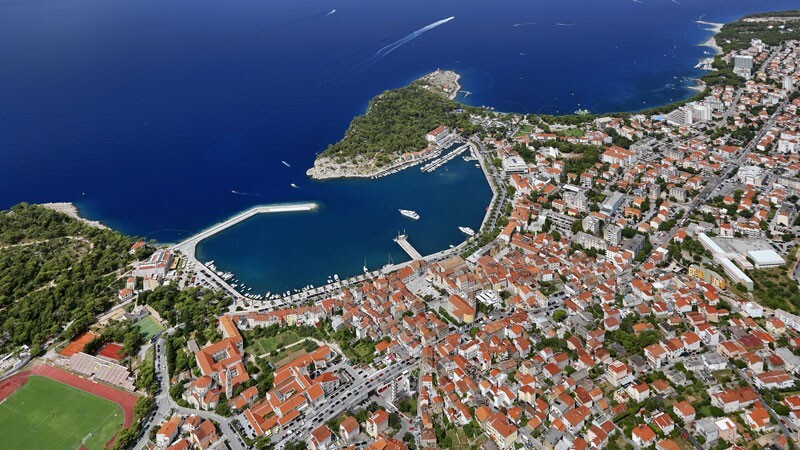 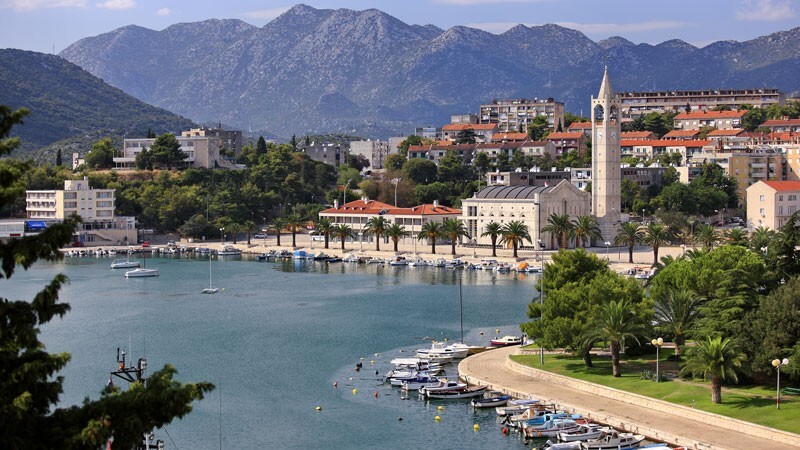 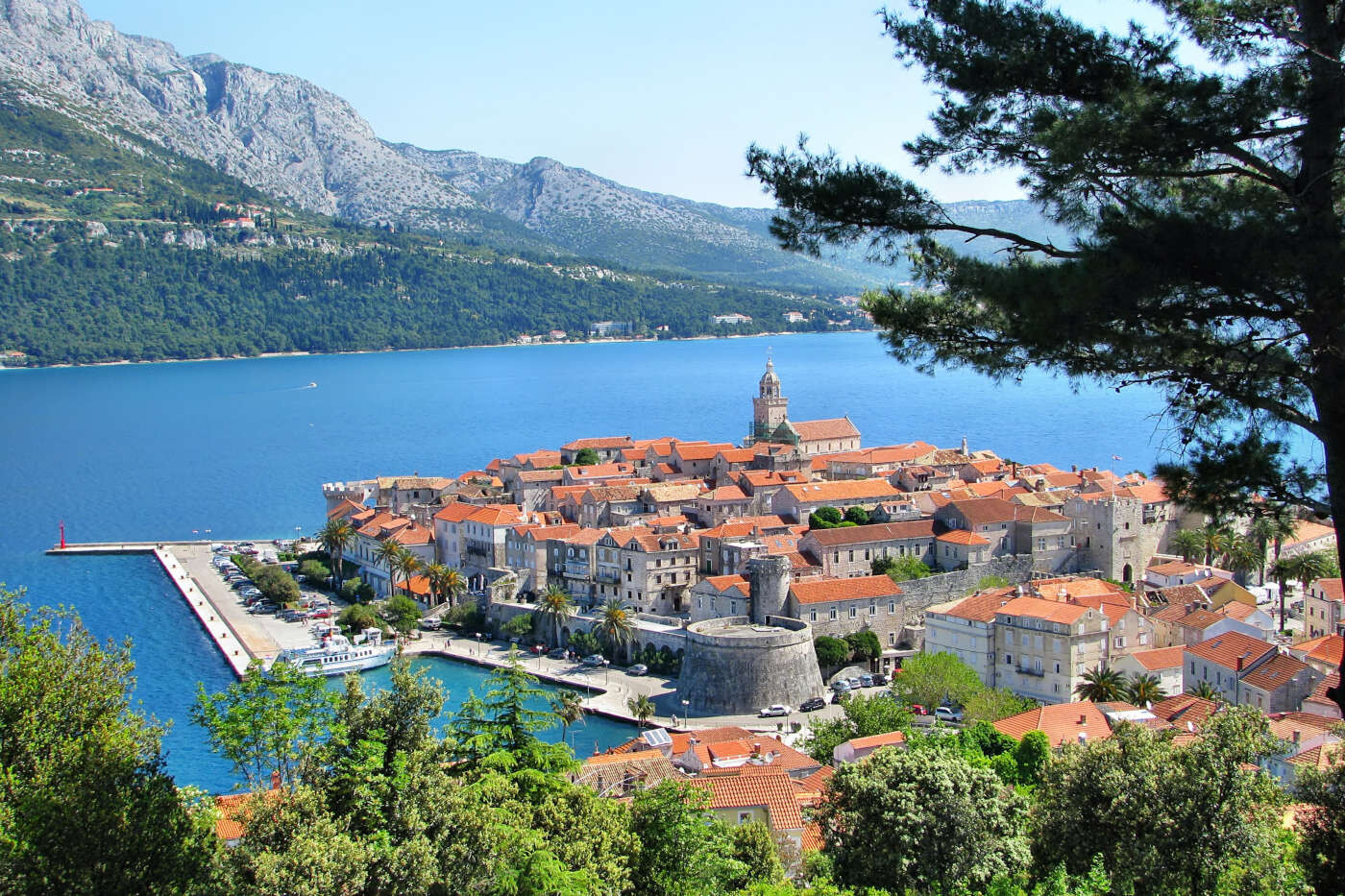 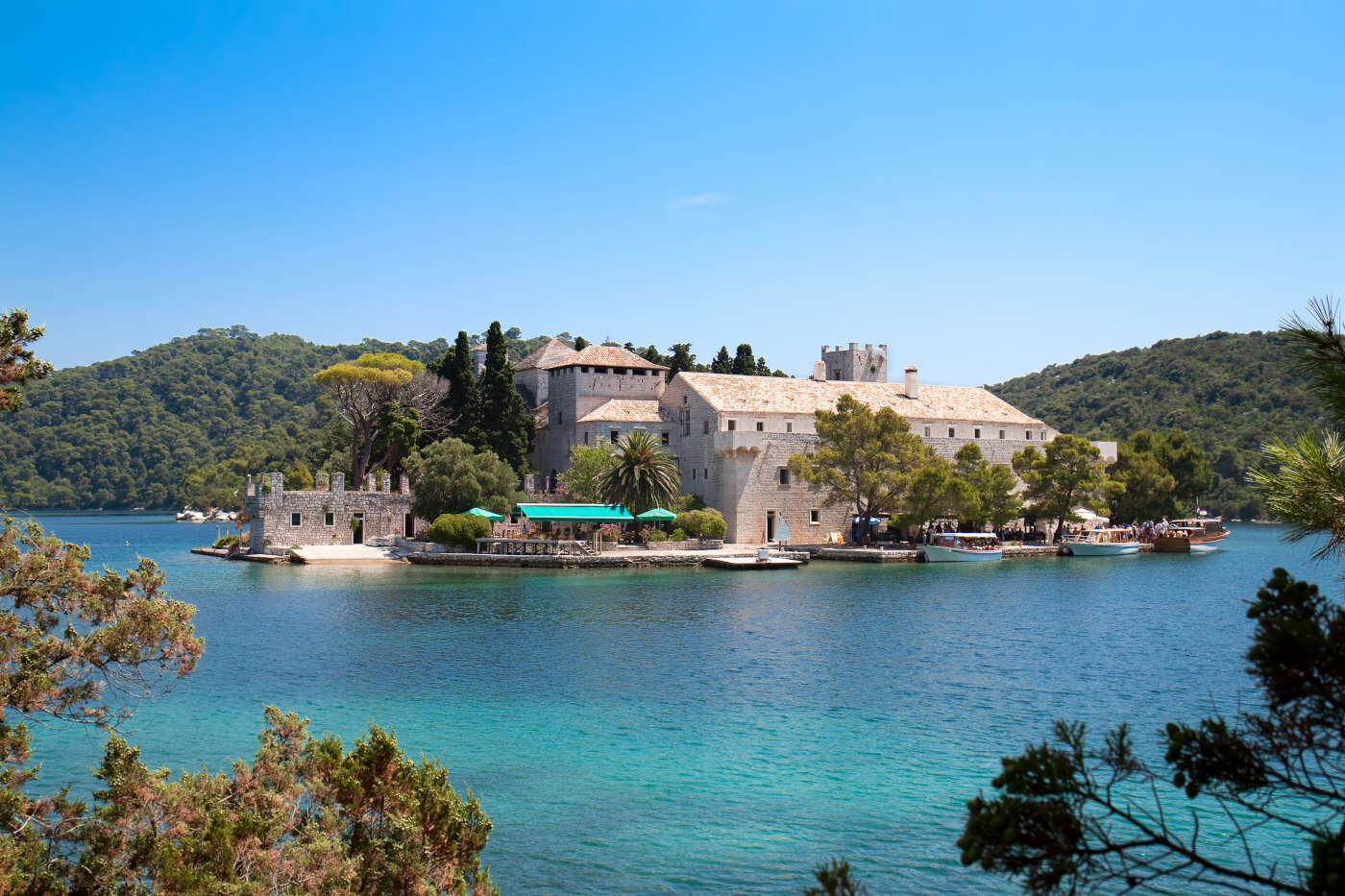 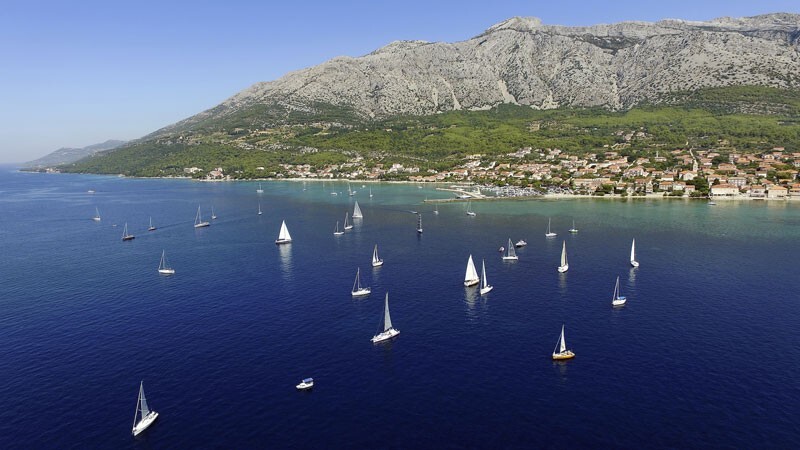 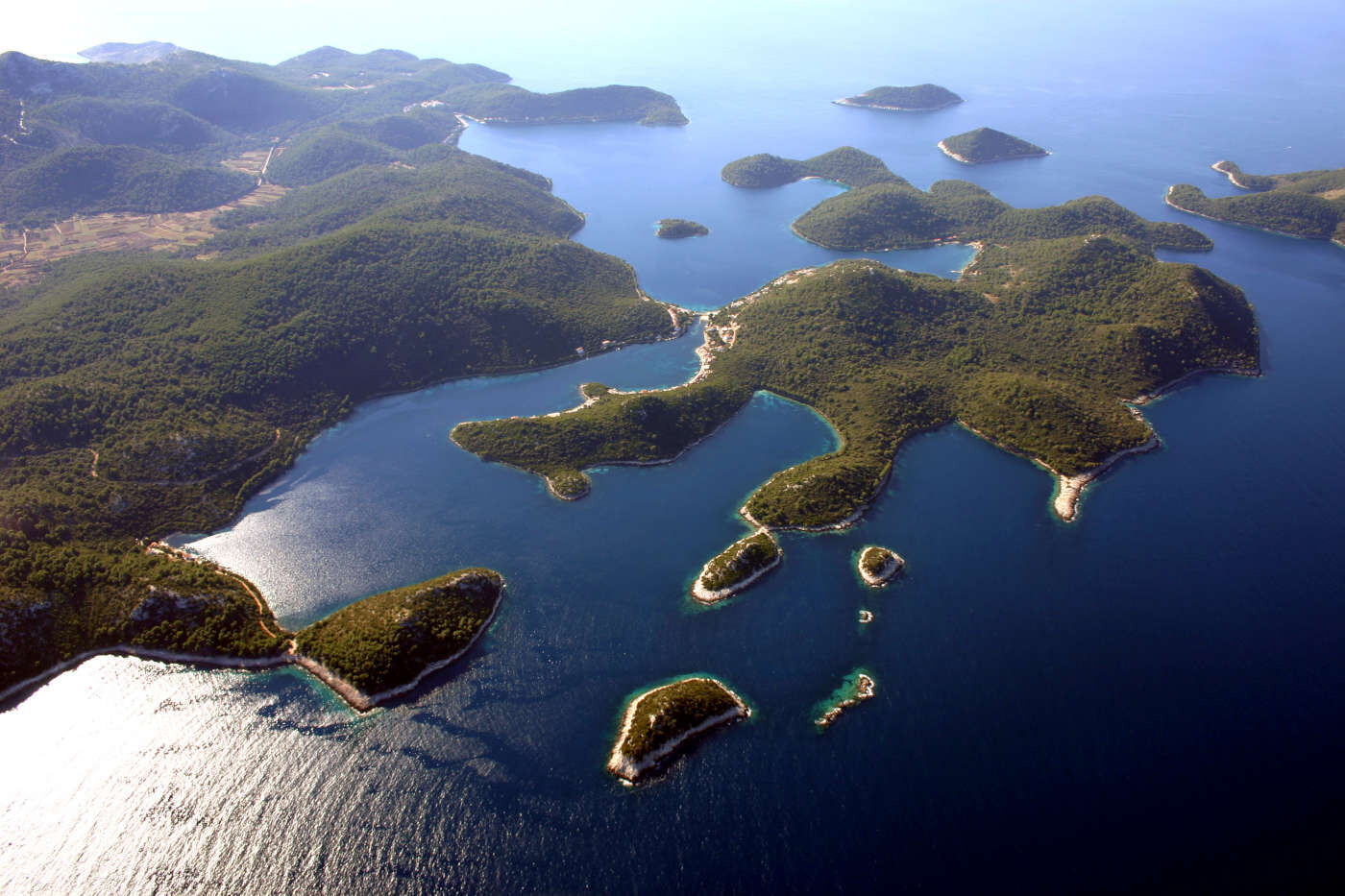 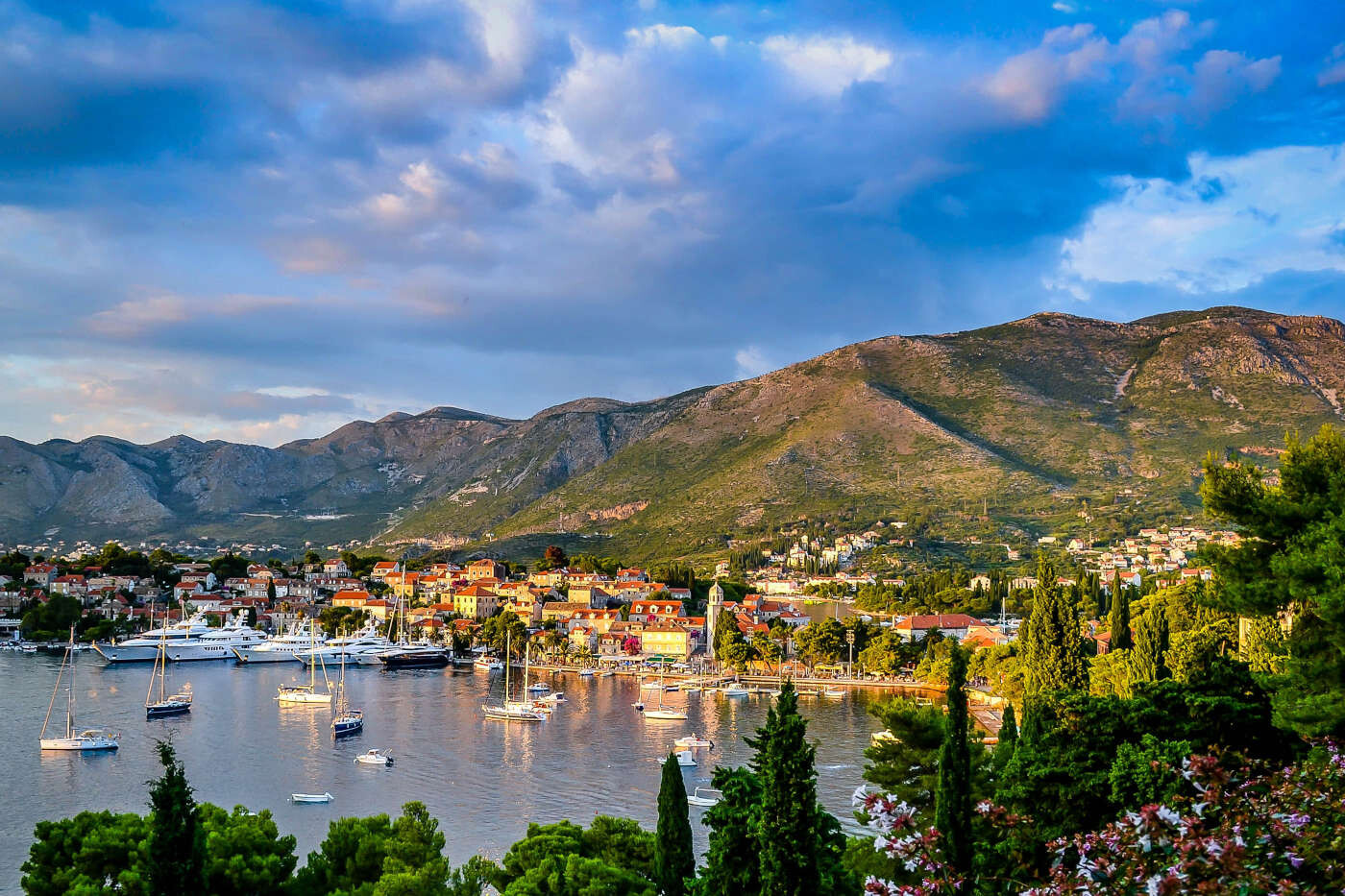 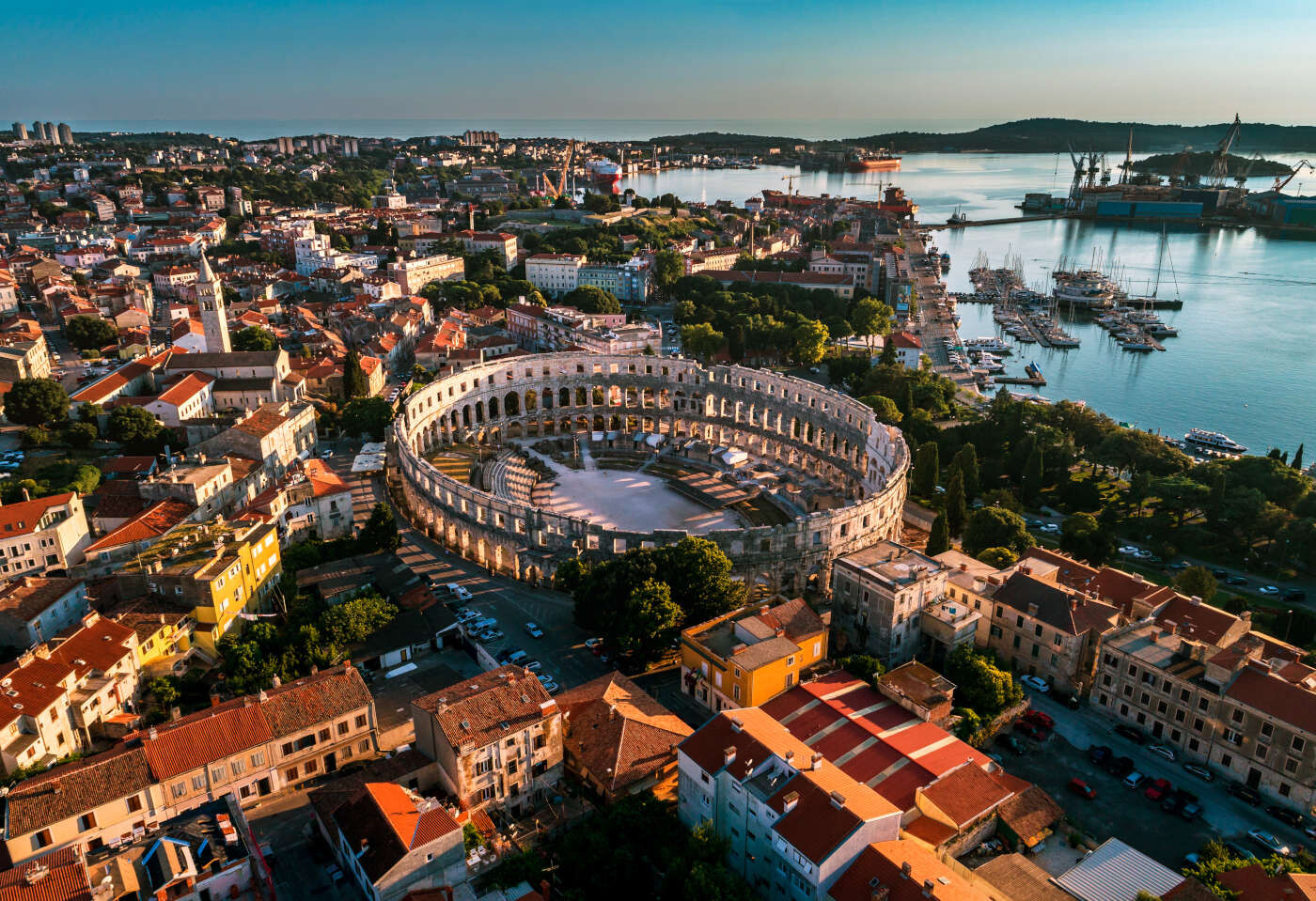 The sun in your face and the wind in your sails – best way to start sailing along the Istrian coast. Only when seen from the open sea does the face of Istria reveal itself to you in its full splendour. This is a land of a hundred islands, islets, docile bays, several marinas, idyllic fishing villages, rich cultural heritage and quality wines. 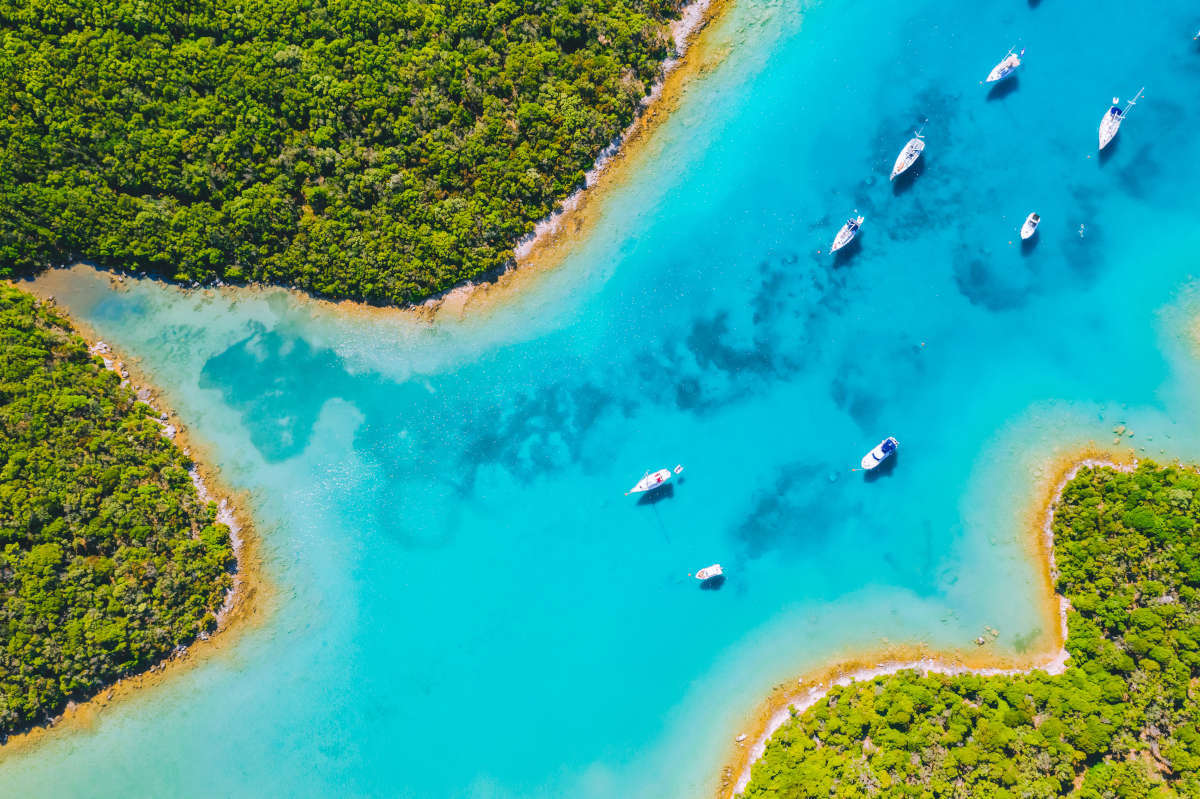 The larger islands are Krk, Cres, Lošinj, Rab and Pag. The bay is notable for its depth, which allows for the city of Rijeka at its most northern point to have a sea port. 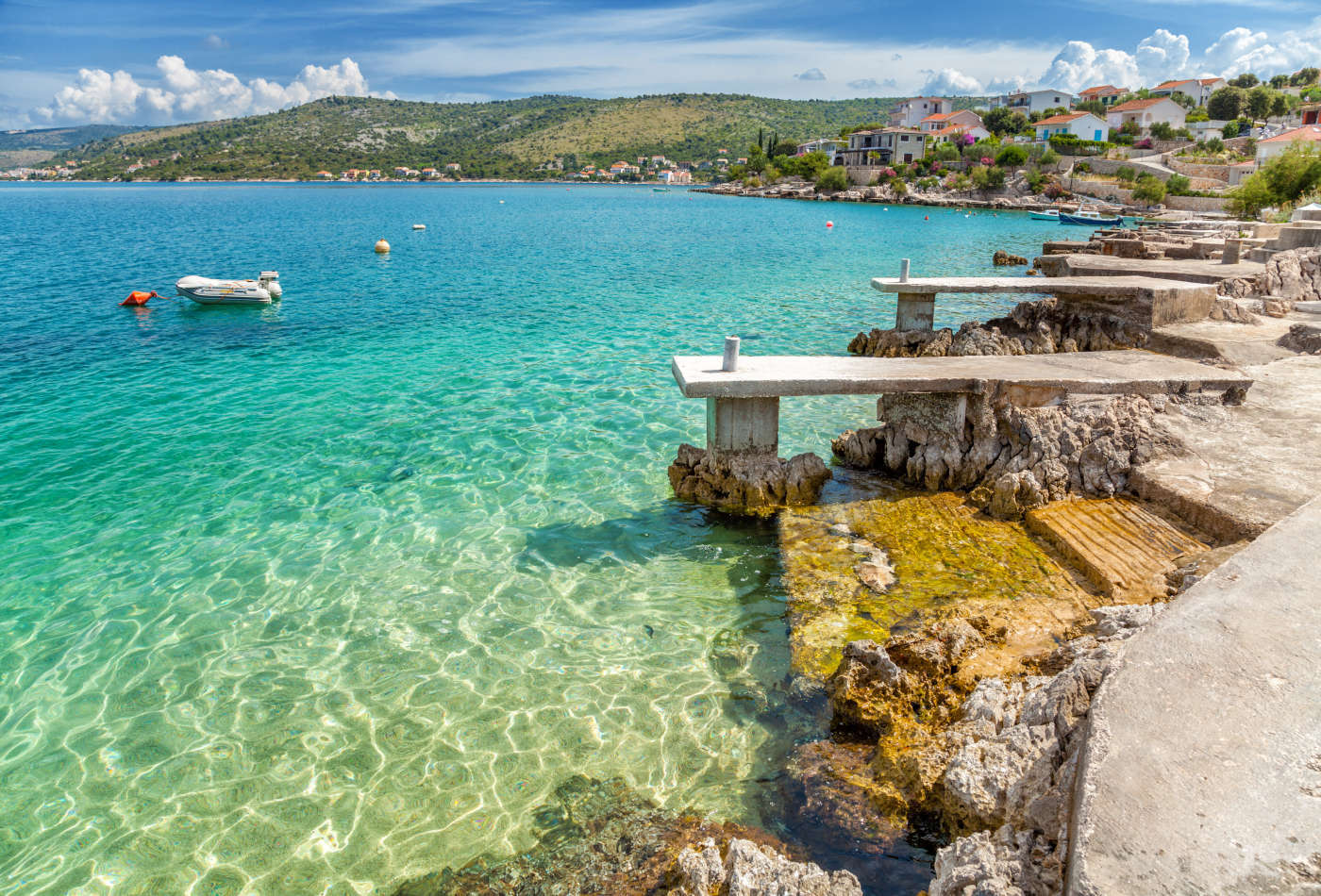 With so many islands you have got a huge choice of destinations. You can choose between small villages and large towns… The most popular national parks are Kornati Islands and Krka, where you can see impressive waterfalls. Spend the night at anchor or moor in harbours. 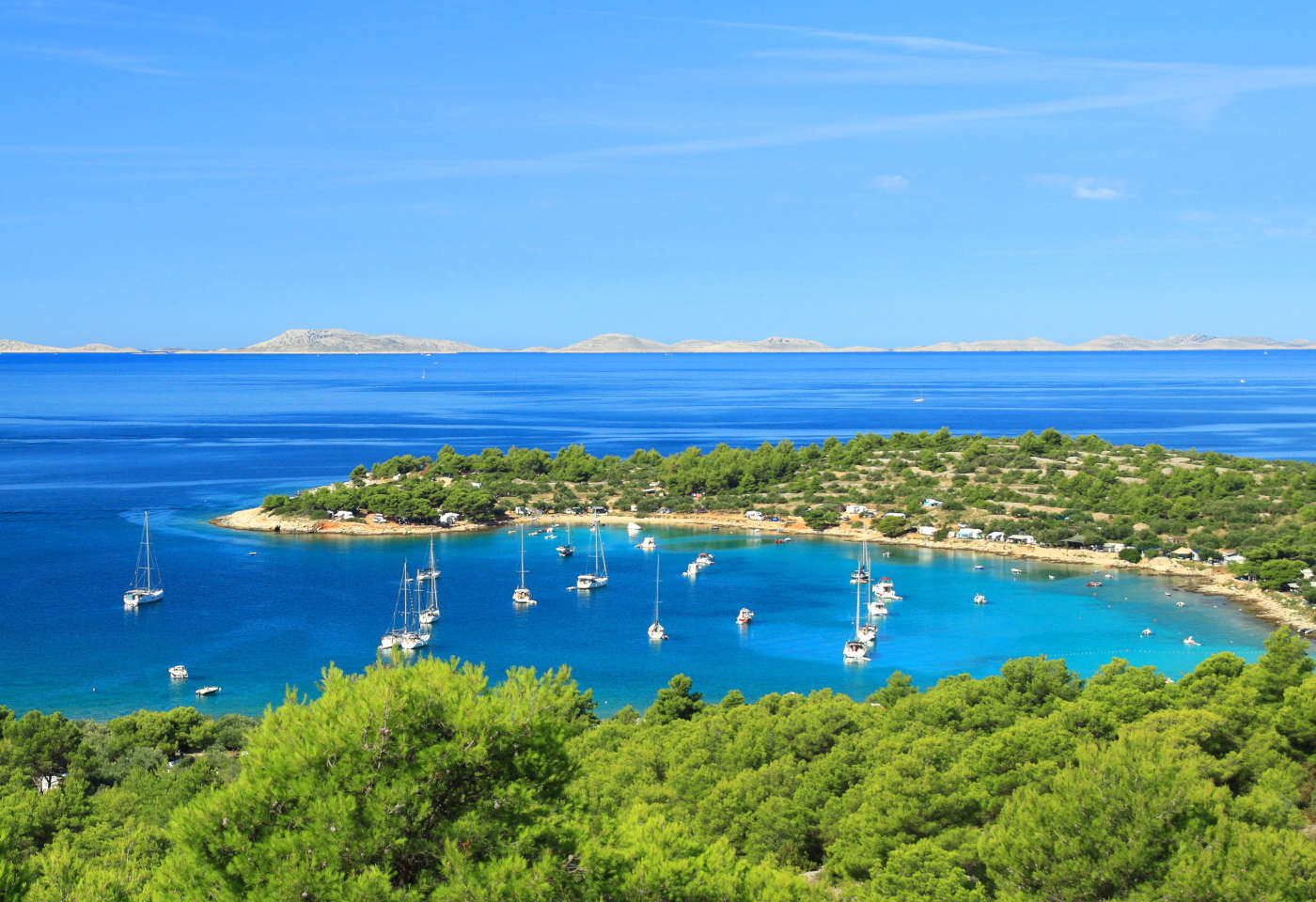 Šibenik region is a popular tourist destination among those who seek a beach holiday. Apart from its stunning beaches, bays and coves, it is also steeped in history and has a rich cultural heritage. Its historical importance is evident in its numerous castles, churches and UNESCO Heritage Sites. 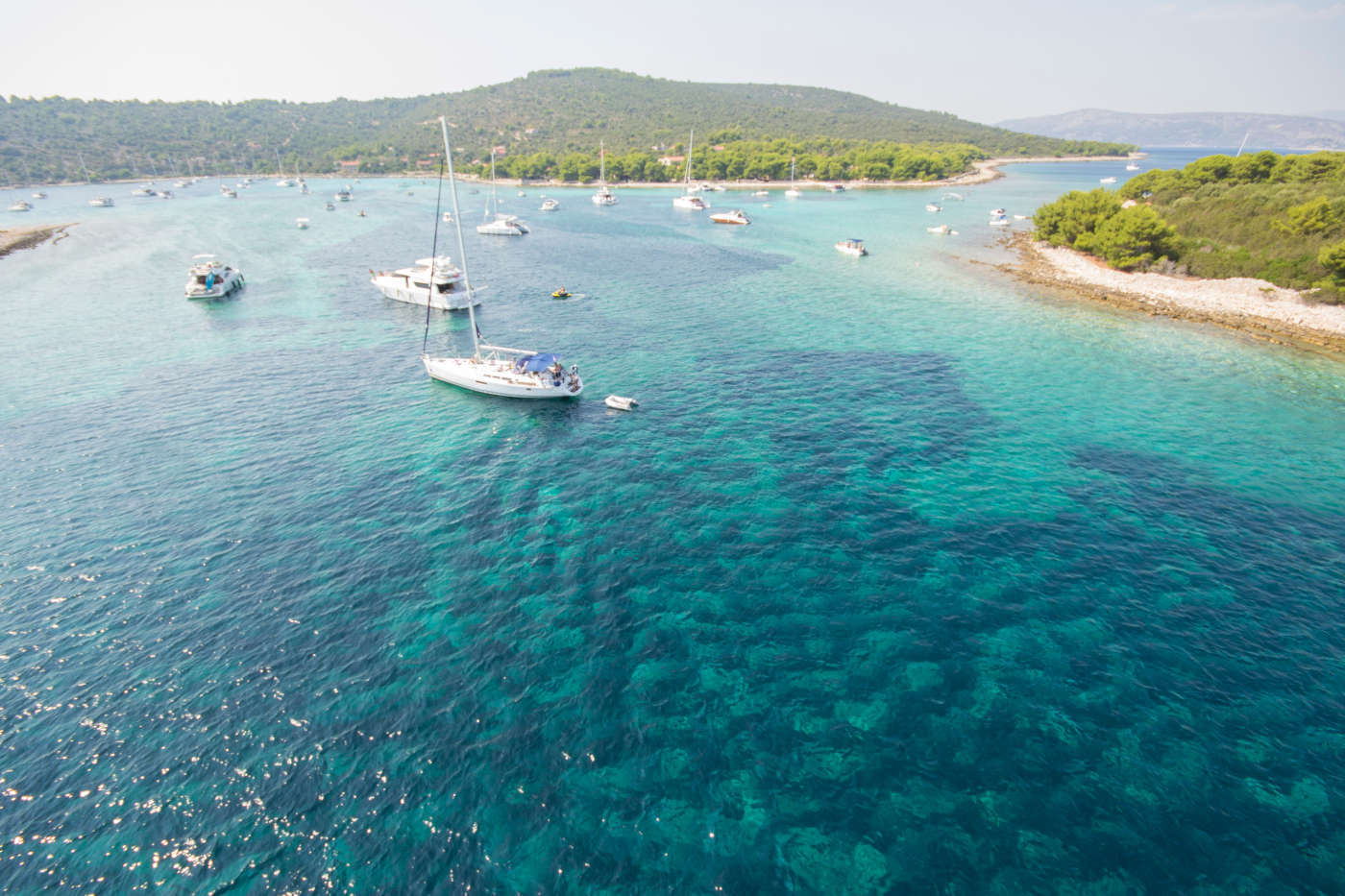 Good mixture of places to visit. The beaches are pebble and not sandy but the islands around here are pretty. Seas can be a little choppier but it is one of the least populated and calmest regions along the coast. 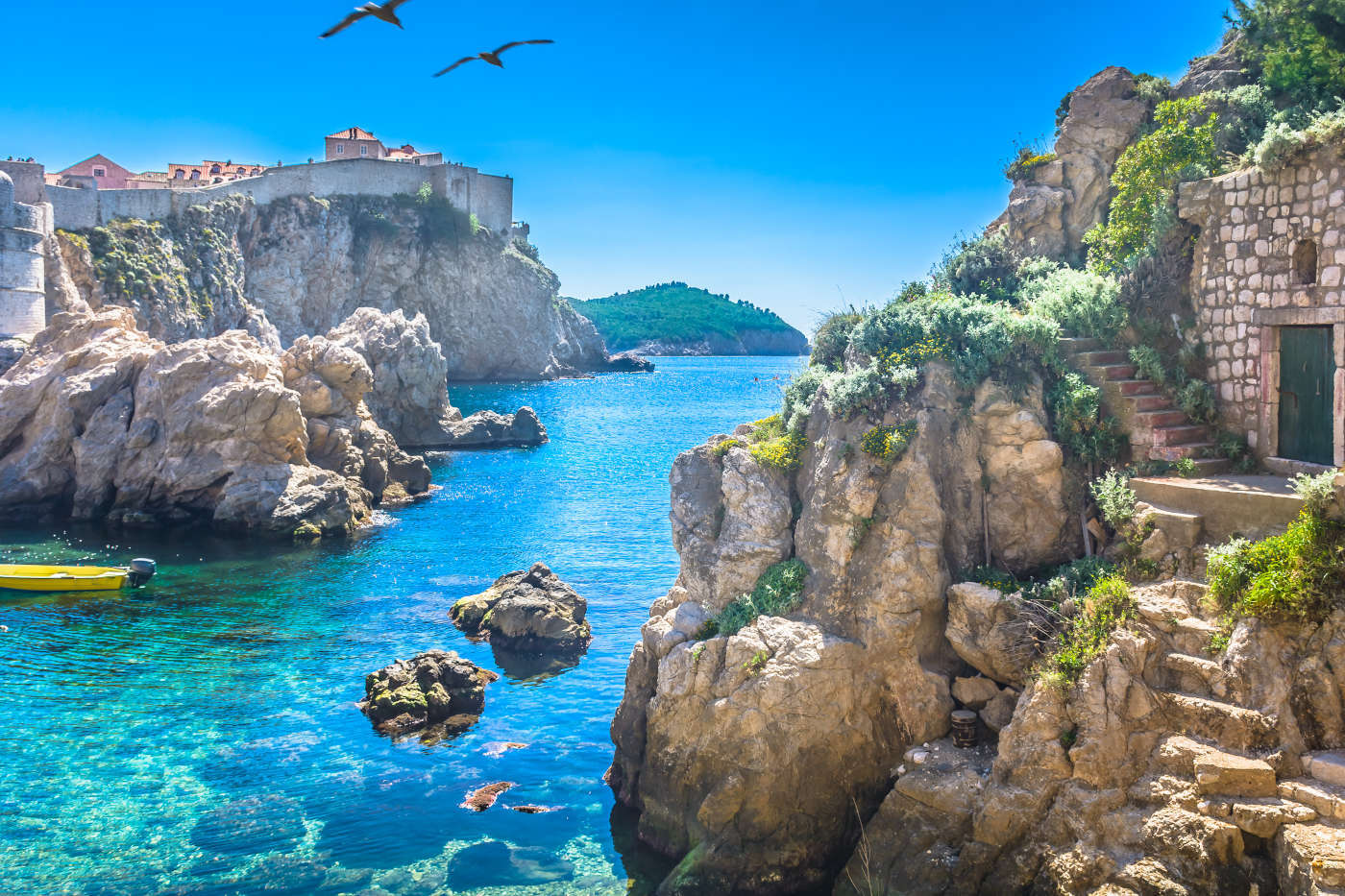 One of the most prominent tourist destinations in the Mediterranean Sea. It has hot, muggy, moderately dry summers. It has unpolutted crystalline waters and large modern ports with consistent warm weather and blue skies. Dubrovnik is made for shopping and partying. 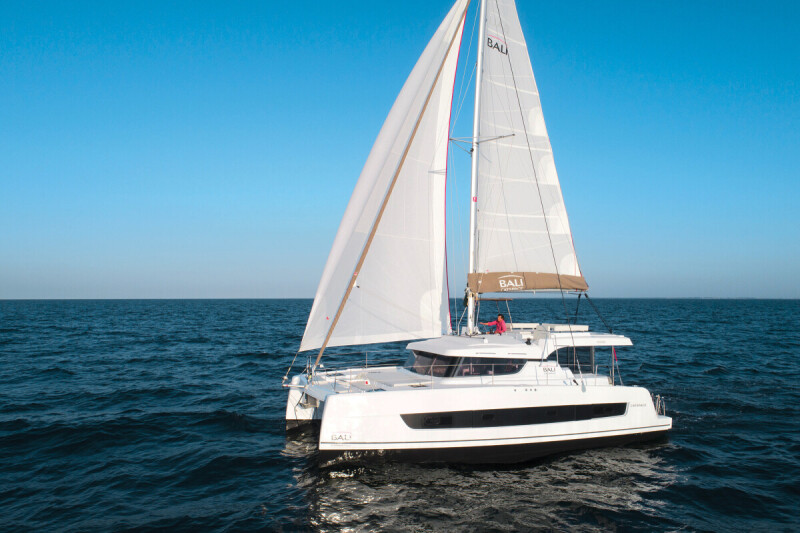 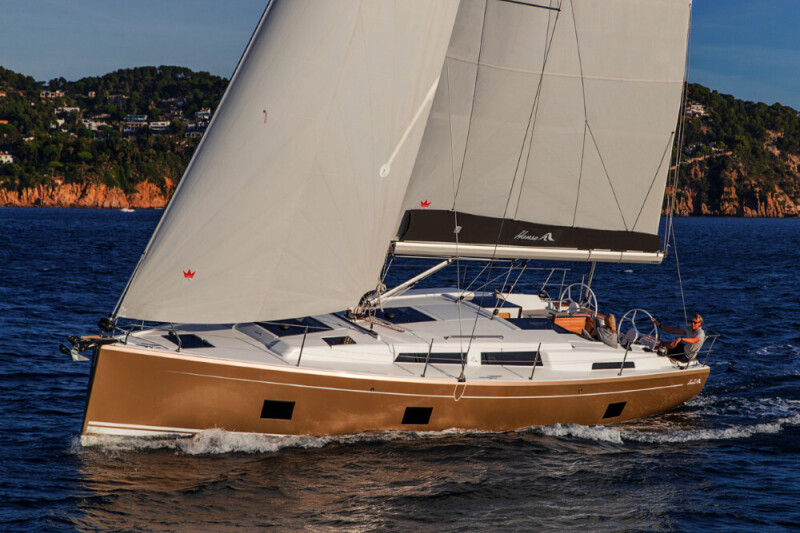 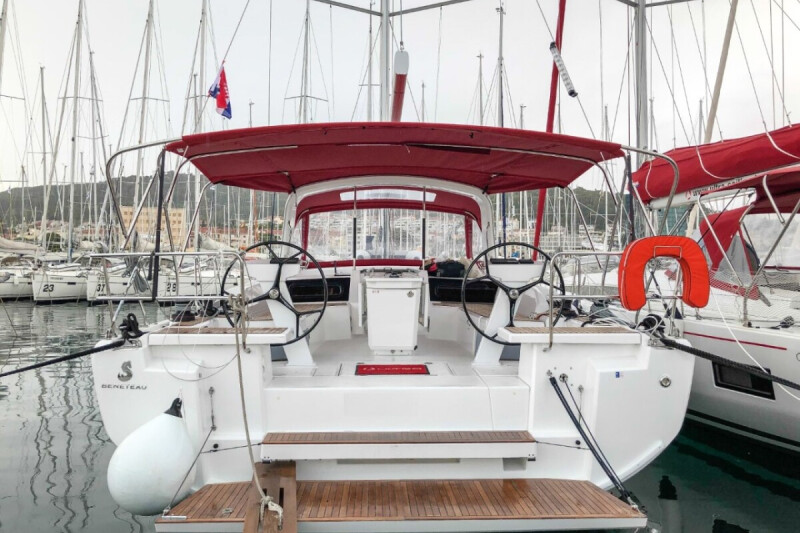 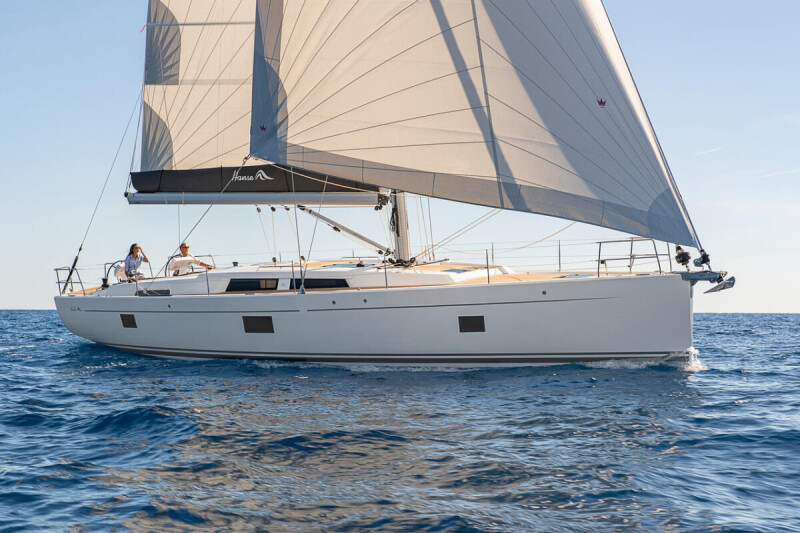 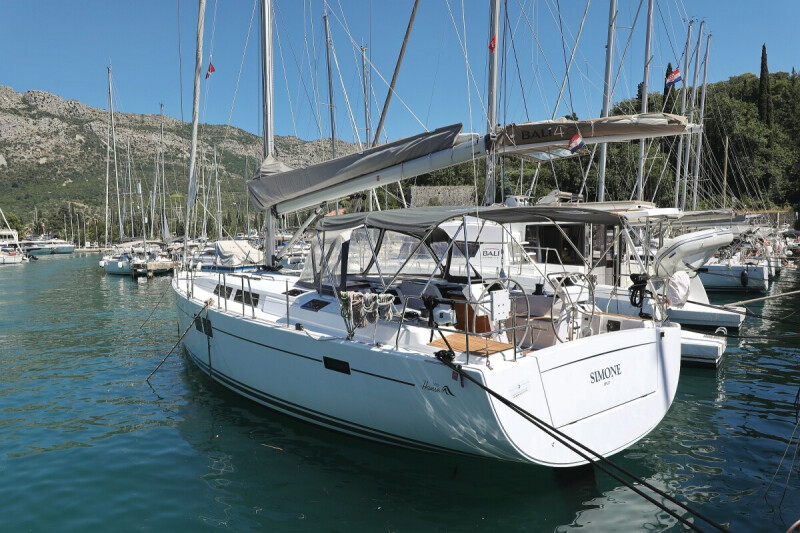 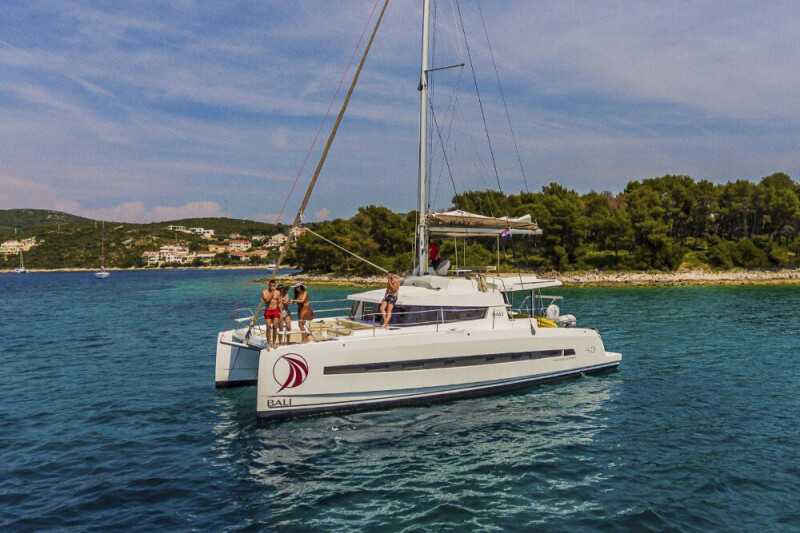 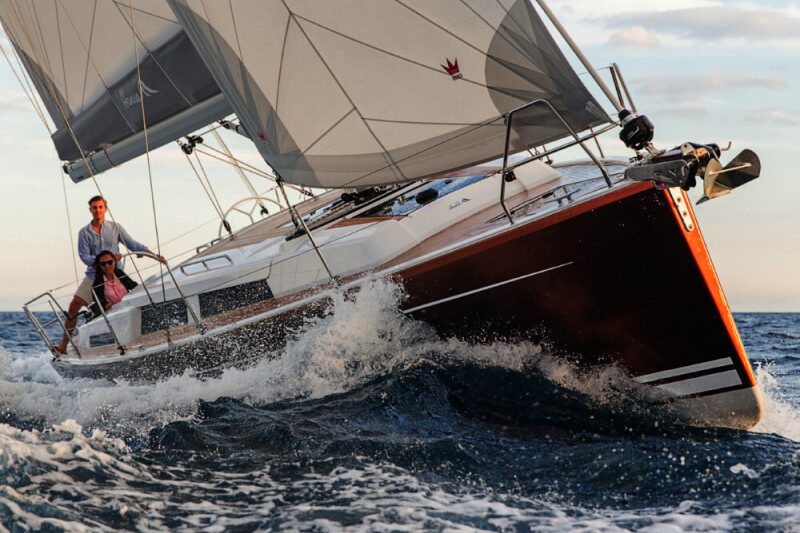 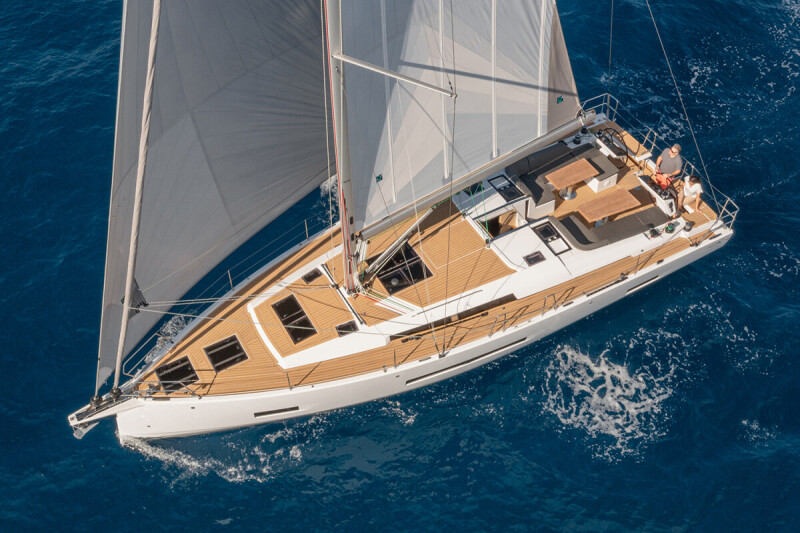